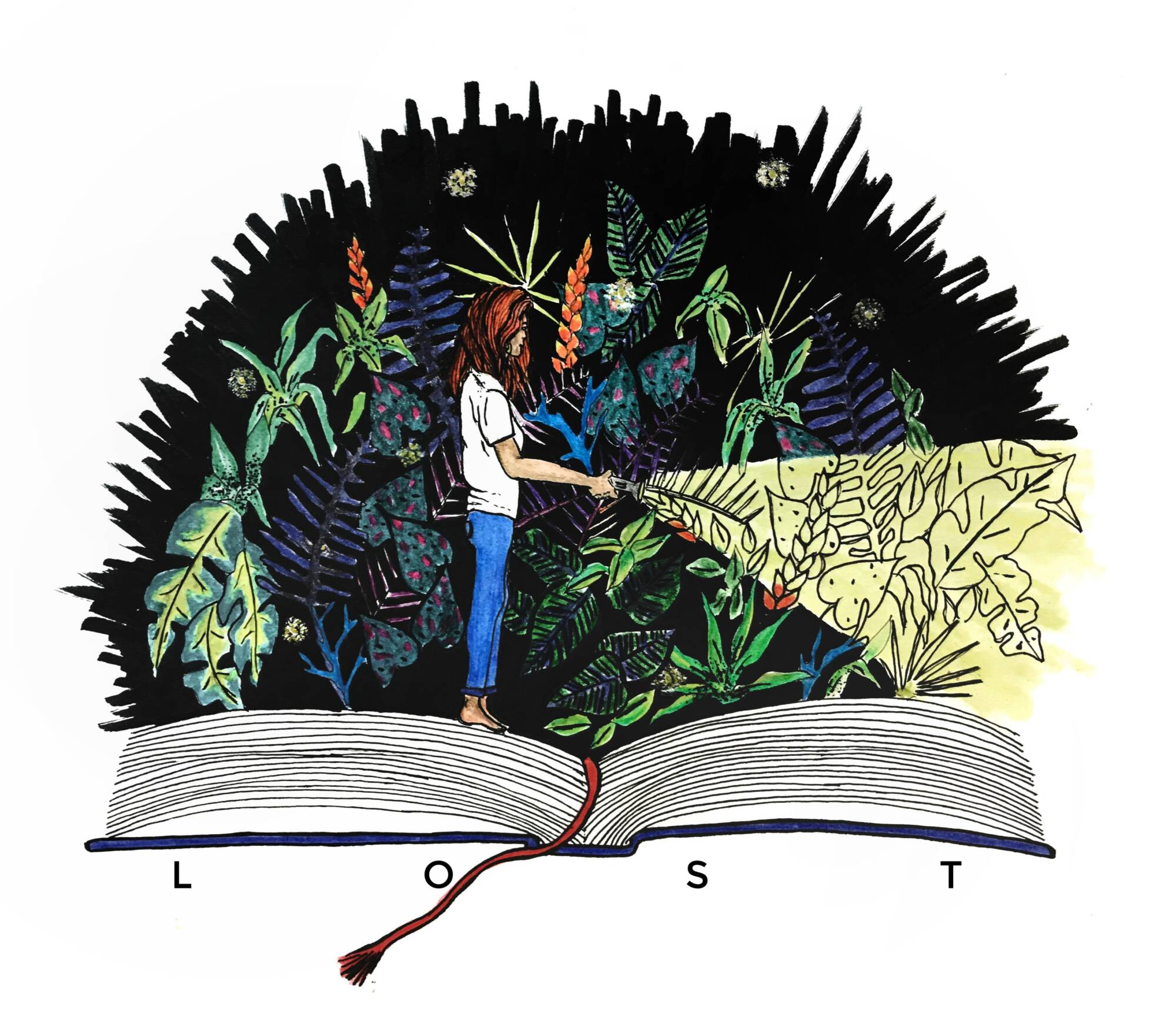 The keys of my typewriter clicked away absentmindedly as if they were mimicking the sound of solid heeled shoes against concrete; they seemed to be scuttling away from all the things they had come for in the first place. Both sounds sooth me more than anything else I have found. I sat and typed alone in my kitchen while seventeen-year-olds floated their palms out car windows, immersed in pop music and the stench of weed.

Always the introvert, I chose to stay in with only my thoughts for company. I don’t know whether this is healthy or not.

As a form of therapy, I got in the habit of typing out the things in which I know to be true; it gives them a permanence that my head often lacks. Sometimes these things that I know are of small importance, and other times they lead to larger explorations. I knew to press down hard on the “r” key, but not hard enough so that it stuck. I knew how I could transform this story into something quirky and memorable: something as simple as a typewriter key getting stuck on the letter “u.” The letter “u” could foreshadow some metaphor for relationship troubles I wouldn’t have for at least another two years.

At the end of the day, I knew that I knew none of this for sure.

It was two days after my eighteenth birthday. My parents and my brother were down in Texas visiting family. My friends and I had gone down to the river market and gotten some five dollar flowers to replace the old one’s from Mother’s Day which sat lilting in a green tinted vase on the counter. When we got home, I had taken them from the tan water and taped them upside down on my bedroom wall. They looked pretty even though they were nothing more than dead things. I knew dead things weren’t supposed to be pretty. However, I knew that funerals ordered fresh flowers, and I knew that coffins were supposed to be squeaky clean, enough so as to see your own reflection in the dark gloss. I didn’t know that the dead thing inside didn’t look so pretty after more than a week. I didn’t know what to do with the fact that the first dead body I ever saw died around the same time as those flowers. I didn’t know what to wear to the funeral, but I did know that nothing would feel like enough.

I wondered if this feeling was what my father meant when I heard him stomp on this very kitchen floor I am standing on now. His angry descent was nothing like my clacking heels when he screamed “You know nothing about the world.” I wonder if he knew that no matter what I tried to type away on my old Dutch typewriter, some way or another I would always come back to that phrase. Much like how the keys would stick if you pressed too hard on the letter “r”. I always ended up in that muggy boot print of a sentence and it seems as if he stomped that foot on the ground as if he were trying to smash a bug. Every time that the shoe came down like an angry teenager throwing a tantrum, that phrase would hiss out over and over again.

Always stuck on “u”.

Always stuck on that phrase; isn’t it funny how metaphors work sometimes.

So here it is, a large compilation of the things I know that my father doesn’t seem to. Otherwise known as: it’s time to rip the letter “r” out of this damned thing so nothing gets stuck ever again.

I know that Mercury is the first planet from the sun. I once wrote a poem about this: on how someone can feel so full of light without burning.

I know that the first thing they take from you when you get to prison is your shoelaces. The slam poem I learned this from stated that “it’s not to break your dignity; it’s so you don’t hang yourself.”

I know that the amygdala is responsible for fear and aggression. I’ve spent a lot of time with this part of myself lately.

I know that white supremacy is bad. I didn’t think I would ever have to include this in a list of things that I know that other people may not, but here I am.

I know that by the forty-fifth day of 2018 there have been eighteen school shootings.

I know that somewhere out there, the NRA is ignoring this statistic.

I know that climate change is real.

I know I really don’t like being called a bitch just because I called you out when you said women shouldn’t have rights.

I know that women deserve rights. Again, that’s something I didn’t think I’d have to add to this list, but here I am.

I know that Dead Poets Society is the best Robin Williams movie, despite what people say.

I know that dancing to me is equivalent to escaping my body, and sometimes my mind if I’m lucky.

I know that the ten year olds I teach did a better job at helping my mental illness than anyone else ever could.

I knew I wasn’t depressed anymore when I got writers block when asked to describe my depression.

I know that colours are meant to be associated with numbers and words and sounds.

I know that I’m a writer. No matter how good I am, I am made to give people those movie scene moments. Those moments of comfortability where the mother sits down on her daughter’s bed, strokes her hair, and tells her everything will be okay. I know I’m meant to make people feel like that: to give people those moments to live in, or to carry around in their back pockets. I know that I never got one of those moments, and what I got instead was an angry white conservative man who told me that I knew nothing about the world.

I know that he was wrong.

I know that what I want most in this world is an apology for all the times he’s made me feel like my words don’t matter.

I know that I probably won’t ever get one.

I know that the best I can do is to write my way out of it, clicking my typewriter keys in time with the clacking of my shoes on the hard wood floor. My words can conduct their own orchestra to drown out the sound of the screaming voice trapped in the air within this room from so many months ago when he’d first said it. It is hidden in all the vases of flowers and old rusty cans of soup and cracks in the floorboards. But I also know that all these metaphors can be replaced by things of grandeur like the words of empowering poets, and music to glide to, and the smell of fresh paint. I can write this into something better. I know I can.

The next time his stomping feet come into the room, I can let him in on a little secret. “You want to know something?” I would say. “I know more about the world than you could ever imagine. I fight for it. I keep it alive. I create it. I create new worlds every day.”

And I know that one day I won’t have to write those new worlds in my head anymore; I will look outside my window and see it in the air.

Amanda Pendley is an eighteen-year-old writer from Kansas City who uses poetry to navigate her way through the past and into the future. She works as an editor for her local teen literary magazine and has also had works published by Lithium Magazine, Teen Ink, and Scholastic. Whether it is art, ballet, or slam poetry, she finds that the ways in which she channels self-expression are meant to inspire others to share their voice. You can find her on Instagram @amandacpendley.

One response to “Things In Which I Know To Be True”