Why I Was Obsessed With Feeding People

Writing by Sarah Rowe // Illustration by April Phillips // It’s one of the many ironies of anorexia; once you start allowing yourself food, your obsession with it slowly begins to subside. 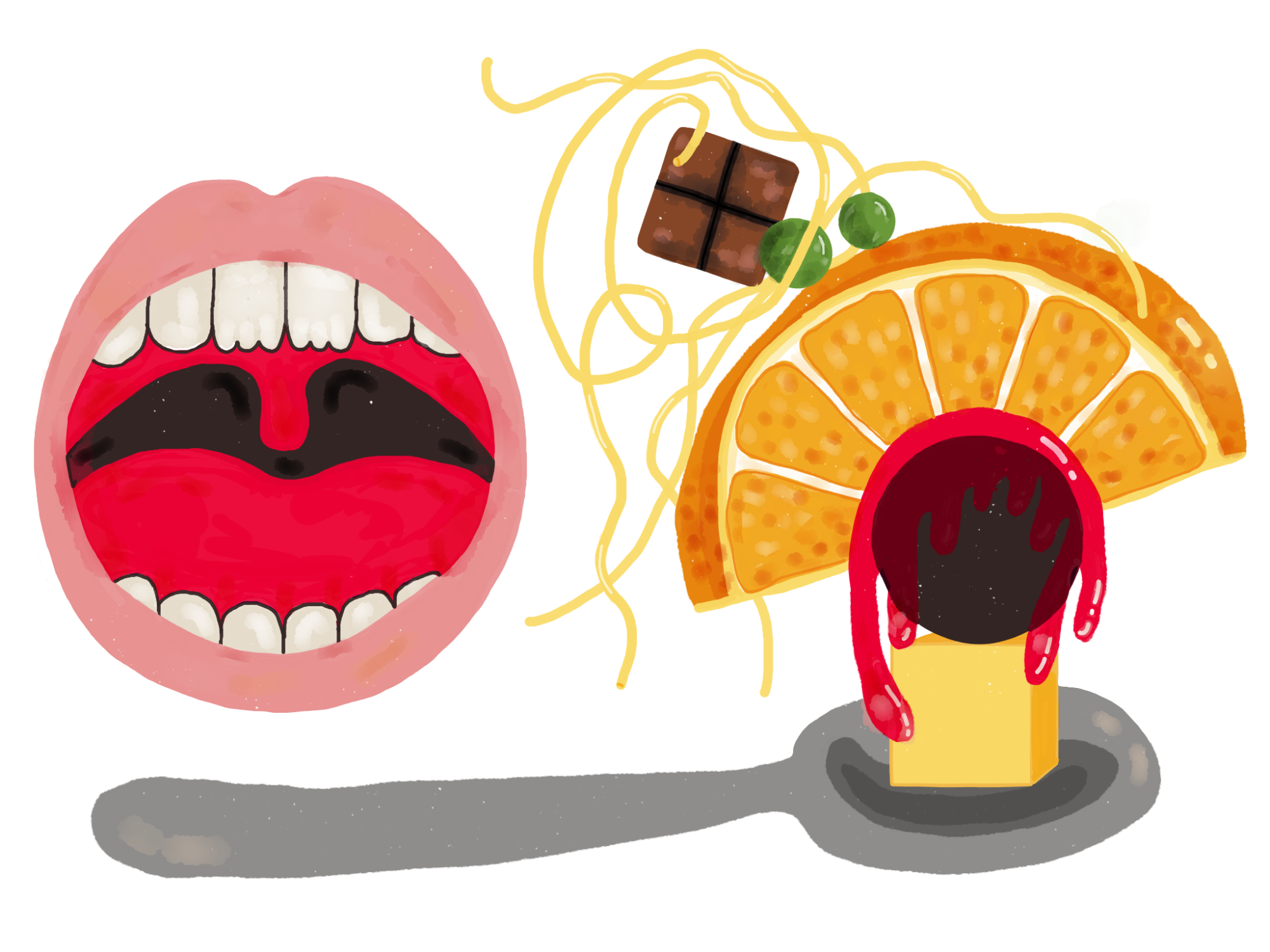 Every Sunday, my mum and I would return from the weekly grocery shop, where we religiously purchased one wholemeal sandwich loaf from Bakers Delight and fresh ham from the Deli. After unpacking our green bags, it was time for me to engage in what had become one my favourite rituals: preparing school lunches for the week. My mum ensured I spread a generous amount of butter (she strictly forbade margarine) and piled it with a liberal amount of ham (she battles with the internal conflict of generosity in servings and portions while lamenting the inevitable waste). I would then slice the sandwiches into triangles (I am still of the opinion that triangular sandwiches are far superior to their rectangular counterparts) and wrap them in baking paper before placing them in the freezer, ready to be deposited into my brother and sister’s lunchboxes the next morning. But not mine, of course. Besides, any lunch that I did take to school routinely ended up in the bin.

During this time, I was also a relentless baker. I made slices, rum balls, cakes and biscuits. I never tasted my creations, but instead took a strange pleasure in seeing other people devour them. I often wanted to bake tirelessly, but came up against the rational, logical argument of my mum that there was no real need for me to bake every day; we were a relatively small household, and we did not regularly host high teas, thus it was plain excessive to always have an abundance of slices and cakes on hand.

My dad wasn’t much of a chef in those days (sorry Dad). In his defence, there were 8 mouths to feed, including 3 belonging to teenage boys, so dinner was usually something that was quick, easy and could be made in the requisite large quantities. His repertoire was simple and basic: fish fingers with mashed potato, pumpkin and peas (the “three ps”); Bolognese, made from beef mince and sauce from a jar and spaghetti; or maybe a chicken curry, sauce also from a jar, with rice. Not exactly thrilling or exciting to cook, but I always eagerly volunteered. Cooking involved touching, smelling, seeing food. It was almost substitute for eating it, which I wasn’t doing much of during that time.

So why this obsession with food? A psychologist once gave the following analogy, which I thought was perfect. Imagine you’re sitting in your living room. Then, someone tells you that you can’t use the bathroom. Before hearing this, you hadn’t thought about going to the bathroom; you didn’t particularly need to go, so it wasn’t on your mind. But now that you know you can’t go, it’s suddenly all you can think about.

During the grips of anorexia, I felt the same way about food. My body had become a war torn state, and my mine it’s overbearing dictator. I had a strict mental list of what I could eat (needless to say it was quite small) and meticulously track the time between meals. I was hyper aware of what I couldn’t eat, which only led me to obsess about the items on that list and compel me to prepare and feed them to other people.

It remains a common misconception that people with anorexia don’t like food. That’s not true; we are obsessed with it. I have never been more preoccupied or obsessed with food than during the period when I was dealing with anorexia. I would pour over indulgent recipes on the internet while chewing sugar free gum (to “trick” my mind into thinking I was eating); I would look up restaurant menus and fantasise about what I would order while sipping on diet soft drinks (the bubbles provided an illusion of fullness); I loved watching cooking shows while munching on an apple that I cut into tiny pieces (to make it seem like I was eating more than I actually was). Anorexia is once a combination of lust, addiction and obsession on the one hand and discipline, resistance and restraint on the other. We are consumed by fantasies of food and eating, but religiously deny ourselves the right to indulge in reality.

Now, well into my recovery journey, I can say that those fantasies about food have subsided. I don’t feel the need to gorge myself on images indulgent foods or spend hours googling recipes; my body (and mind) are satisfied with the foods I am providing it in reality. I no longer feel compelled to cook for others; instead I take pride in preparing nourishing meals for myself.

It’s one of the many ironies of anorexia; once you start allowing yourself food, your obsession with it slowly begins to subside. And one day you realize your mind is filled with more important things than what meal comes next.