FEATURE: YoWo’s ‘Work Like That’ – check out the album that is written and performed entirely by female and GNC high-schoolers 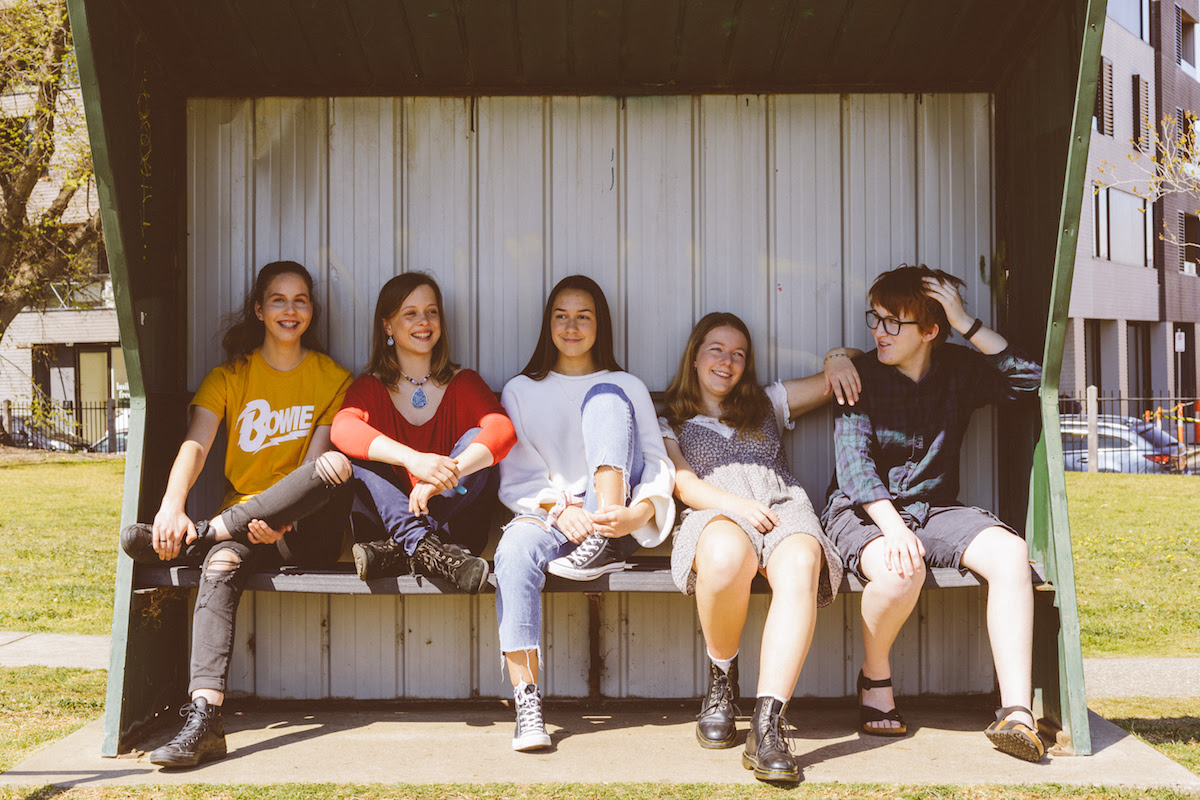 There haven’t been too many times that I have wished I was back in high school, but when I heard about the YoWo program I sure was craving that time machine! YoWo is a Melbourne-based music program designed to give young women and gender non-conforming (GNC) high-schoolers the tools to get their talent out of the bedroom and school hall and into the public eye. YoWo was founded by Lena Douglas and Claire Cross, who studied contemporary jazz after high-school (keys and bass respectively), and found they were often the only female instrumentalists in the room.

The pair dreamt up YoWo, designing a program that would provide support, mentorship and experience for young female and GNC musicians. Lena filled us in on how it works: “Each YoWo band has a professional female musician as a mentor for the duration of semester. All of the songs are written by YoWo participants, but the mentors help workshop the songs with the band … our mentors are all great teachers, but more importantly, have active musical careers, which allows them to share personal experiences.” Previous mentors have included incredible songwriters like Ella Thompson and Kimbra.

This year, and for the first time, the YoWo peeps decided to release an album written and performed entirely by YoWo program participants. The album, titled ‘Work like That’, is a compilation of music that has been written and workshopped in the YoWo studios, and spans a range of genres, from indie-rock to RnB. The album will launch at Melbourne’s Evelyn Hotel this Sunday 25th November and will showcase the work of several of YoWO’s musos. And best of all for younger music lovers, the gig is underage!

The groovin’ lead single, ‘Built for boys,’ was written by YoWo graduate Lily Harnath and is “about one of my friends who was struggling with where and who she belonged to.” The song, as she says, touches on fairly universal themes: “it also relates to everyone’s search for their identity and where their purpose lies in the world.” Lily joined YoWo last year, in her final year of high school, and was grateful to have such dedicated support. YoWo is a super important program, she said because “there are so many young female and GNC songwriters that no one hears about because they don’t have the resources or support to gain exposure. Supporting this music is really important so that even more young women and GNC people can see it being done and get involved themselves.”

Emah Fox, who co-produced the album, agrees that the work of YoWo feeds into a movement which is addressing the lack of equal representation of women on stages, at festivals, on the radio, and in production and management. She thinks that the musical landscape for women is shifting, but that “there’s a lot of foot-dragging still.” YoWo is important because as “female and GNC peeps need to have this support and to be told – yes, you totally belong here, and your voice matters. I come from a different generation, one where I never heard that, and actually heard the opposite: you don’t belong here.”

The YoWo team are passionate about creating a world where barriers to women’s participation in the music world are gracefully crushed. Artistic director Lena Douglas remembers being one of only four female instrumentalists in her first year at Uni, and “at times felt conscious of being “the only girl in the room”. However this has only made me more determined to make a difference through YoWo.”

And a difference they sure do make! Ensuring young women and GNC people have a comfortable first experience in the studio is key to battling the insecurity or imposter syndrome which often effects musicians who are starting out. Lily emphasised how supportive the writing and recording process was for her: “it has been so lovely to play songs with such talented female/GNC people and it’s an awesome and completely comfortable environment to work on songs in.”

Emah also told us just how positive the vibes were in the recording studio: “The energy in the room was so excited and positive. One thing that really struck me was the optimism and generosity and support everyone had for each other, and how that filtered down into tracking being an exciting and much less intimidating experience than I think it can be for a lot of studio first-timers.” YoWo has been useful too, to take young performers through the basics of performing. As Lily points out, the soundcheck is something that first-timers often have to fumble their way through without much support, but YoWo takes participants through all the ins and outs of putting on a live show.

Co-founder Lena is confident about the knock on effects that a program like YoWo will have to the male dominated nature of the music industry. “Young women are writing and performing amazing songs that need to be heard and supported if we want the gender power dynamics to change within the music industry.” And it is incredibly fulfilling and exciting to be nurturing the talent that comes through the YoWo program. Co-producer Emah says “the sky can be the limit for them creatively. And the world can only benefit from that – I’m so excited to see where they go with their musical careers.”