Q&A: Ahead of her Melbourne tour, we chat to New Orleans art-jazz-pop singer Sasha Masakowski

Writing by Molly Mckew // Sasha Masakowski hails from New Orleans, and is bringing her brand of playful pop-jazz to Melbourne this week, where she will do a run of shows at the intimate Birds Basement. Sasha has just released her new album Art Market, which she recorded with a band of talented musos from her home town. Ramona were excited to speak to this uber-cool pop-jazz mastermind, grilling her about her upbringing, her musical heroes, and what to expect from her new album. 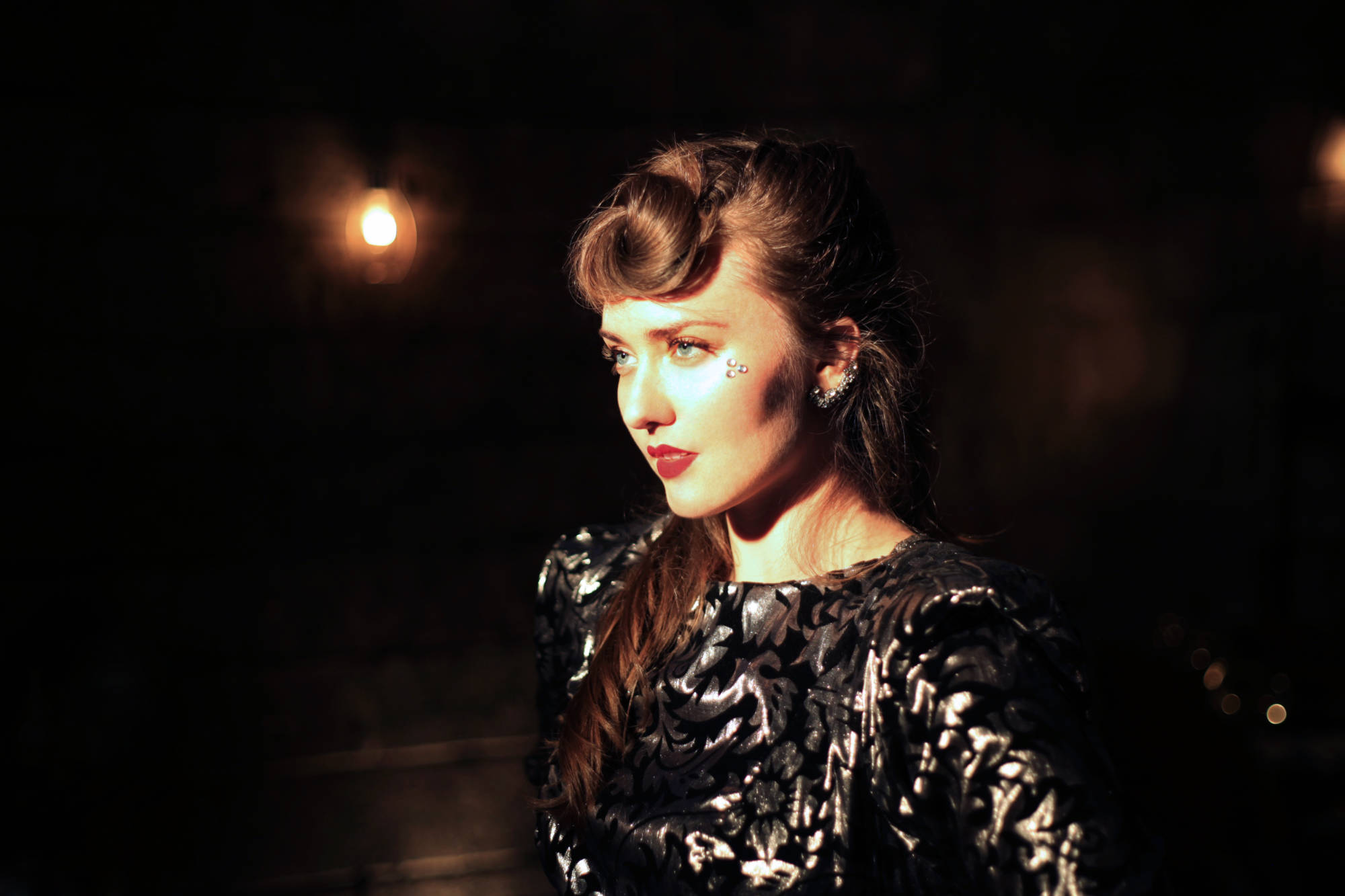 Sasha Masakowski hails from New Orleans, and is bringing her brand of playful jazz-pop to Melbourne this week, where she will do a run of shows at the intimate Birds Basement, a venue committed to showcasing world-renowned jazz (tickets and deets here!). Masakowski was raised surrounded by music, and since 2009, has won multiple awards and toured around the world — but remains loyal to her home, performing at the New Orleans Jazz Festival for the last 5 years in a row. Her music is playful and experimental, drawing from jazz, electronic, and pop traditions, and much of her live shows are improvised. Sasha has just released her new album ‘Art Market’, which she recorded with a band of expert musos from her home town. Ramona were excited to speak to this uber-cool jazz-pop mastermind, grilling her about her home town, her musical heroes, and what to expect from her new album.

Hi Sasha! Are you looking forward to your Melbourne visit? What can we expect from your live shows?

Yes! I am very excited about coming to Melbourne. In fact, this will be my first trip to Australia! I’ve heard nothing but amazing things about this city so I’m definitely looking forward.

My band, Art Market, consists of 5 musicians (myself included), who have all grown up together and we have been playing music together since early teenage years! We went to a prestigious arts high school called NOCCA (New Orleans Center for Creative Arts) which is where we all met, and now that we are “adults” (sort of, ha!) we are all touring all over the world with many different projects and it’s really special to be able to come together here in Melbourne for 5 nights in a row of music!! Feels like a family reunion.

The music we are playing is a mix of traditional and modern New Orleans jazz as well as my original music which is like really fun electro-pop-art-rock kinda stuff.  It’ll be really nice to play in an intimate setting like Bird’s Basement (as opposed to an outdoor festival stage, which is mostly what we’ve been doing these days) so I’ll be playing some beautiful ballads and Brazilian music that I usually save for club settings as well.

Do you remember your first ever gig?

My first gig! Wow, I had to think hard about that one. In college I was really influenced by artists like Ornette Coleman and Eric Dolphy and I was part of a 5-pc band called “Free Jazz, Bruh!” where we played these completely experimental improvised shows at dive bars in New Orleans and I was running my voice through all sorts of distortion pedals and doing weird stuff like climbing up into the rafters of the clubs and throwing confetti into the crowd haha. People loved it- we actually had a good following! Those were some of my earliest gigs- although I think the first one I got “paid” for was like a jazz background music gig at a restaurant and I vaguely remember being concerned about running out of songs to play because I didn’t know that many jazz standards at that time and the gig was like 3 hours long haha.

You were born into a musical family in New Orleans. Was there a moment when you realised you were going to take that path too?

I think I always instinctively knew I would be an artist of some sort. In college when I was a Jazz Studies major at the University of New Orleans is when I started taking music more seriously and realized that would be my path. Before college I was also acting and dancing and doing musical theatre, but I think when I started writing music and playing early shows in a jazz (and free jazz) setting I sort of knew that was where my heart was.

Who were your childhood musical heroes?

Earliest childhood hero was probably Antonio Carlos Jobim. He has an album called Passarim that I would listen to on repeat for years. I wanted to be one of the singers on those Brazilian albums- like Brazil 66 style. I adored the airy female voices stacked in harmonies and I would fake sing along in some form of 4-yr old Portuguese for hours on end.

Do you have any song writing tips for us? How do you find inspiration for songs and what is your process?

I think #1 songwriting tip is to do it every day. The best music gets written whenever I’m in a good routine of sitting down and writing for a few hours a day. Even if the first few days all your ideas are garbage, by the 4th or 5th day you start getting these little bubbles of good ideas, and you write them down (or record them) and if you keep it up for awhile then you will have like a whole library of hooks, lyrics, ideas to pull from whenever you need a little boost.

A lot of my inspiration comes from seeing artists I really love- I recently saw Death Grips play at Buku Fest in New Orleans and I came home and wrote a song inspired by them called “Death Grips in Disneyland” haha. (You can check it out here)

I also write based on life experiences – grief or lust or heartbreak, etc like most songwriters do, but also I find a ton of inspiration in people I meet. I’m a bit of a character hunter. I have many eccentric friends who I find incredibly inspiring and I love writing songs for and about them. One of my best friends in NYC is an incredible jazz singer named Tatiana Eva-Marie. People often think we are sisters because we sort of look alike and we are always hanging out or doing gigs together, so I wrote a playful song about her called “Sister” and she is also in my music video for that track!  (Video here – Tatiana is the one in the red dress;)

Being a musician can be lonely and require a lot of self-belief! How do you deal with nerves and self-doubt?

I write! Haha. Seriously though – when I’m feeling insecure and the self-doubt comes sneaking in, I know it means I’m not spending enough time working on music. I delete social media for a week or so and just allow myself to focus on art, making art, creating art for the sake of ART – not for my career, not to please anyone, just for me. I’ll go to a museum, go see a concert, go to a play, read a good novel, hang with friends, whatever. I’ll soak it all in, then go home and write!!

If it was an alternate universe and you couldn’t sing a note, what job do you think you’d be doing now?

Probably something with anthropology or geology. I really love people and rocks. Haha. When I did a recent tour to Argentina all the locals thought I was crazy because all I wanted to do was look at all the cool rocks and landscapes and try to find dinosaur fossils. I took home about 5 kilos of these beautiful stones I found on the beach in Bariloche, and I feel like each one is a work of art- so much history and they all have so much character and personality, like they have these incredible stories to tell.

Finally, if your new album ‘Art Market’ was a dessert, what dessert would it be (yum!)?

I think it would be ice cream with a bunch of different treats mixed in. Like one of those Ben and Jerry’s with all the stuff- brownies, cookies, toffee, pecans etc. My voice would be like the ice-cream that weaves through and holds everything together- probably vanilla bean flavor because it’s delicate and airy, and all the treats would be like the individual songs – different but each sweet and delicious in it’s own right!