Interview of MAYAH By Rose Sejean // 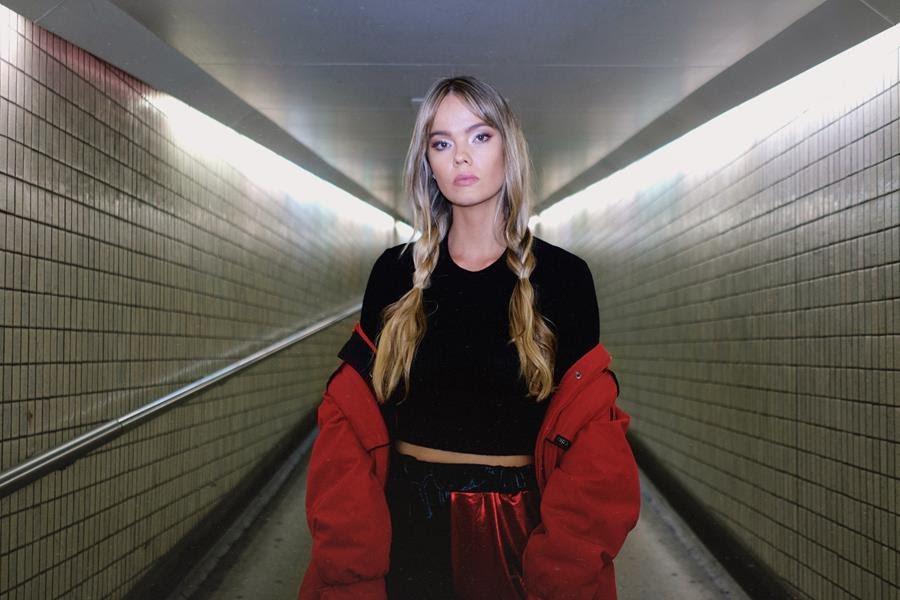 As we head into the final days of Ausmusic Month – four sweet weeks of band tees, nostalgic nods to Aussie music greats and, perhaps most crucially, getting amongst our emerging local talent – we thought we’d sit down with one of the freshest new kids on the block, MAYAH to talk debut single ‘Pray’, making music in 2019 and how the dissonance between online vs reality is still disturbingly ever-present.

It’s an interesting time for newcomers in the music industry, releasing music has never been so easy (thank you streaming!), but with such a saturated playing field, getting heard is the challenge. Brisbane-based artist MAYAH, newly signed to Island Records Australia, has served up a kick-butt debut single, marrying hip-hop sensibilities with R&B and electro and we’re thanking the music gods it came our way.

Though relatively new to the game, having studied music in school and recently returned from a stint in the Big Apple, MAYAH conveys the kind of creative conviction you’d find in a seasoned professional. In conversation, she’s all down-to-earth modesty and approaches the topic of the industry climate with a ‘glass half full’ mindset;

“Honestly, I feel like it’s a great time to release music, artists have a lot more power these days, we’re able to share stuff, get our mates behind it and build our own fan base” MAYAH asserts. “It’s an especially great time for Aussie women, there are so many female artists I look up to here, they’re my role models and I get inspiration from them.  I think at the end of the day, the music will speak for itself.” she says.

When I ask who her current Aussie muse is, she cites Tones And I, “I have a huge appreciation for what Tones is doing, she kills it! Just a young Aussie chick doing her thing, she’s gone from busking to just hitting the charts and that is so cool”.

Originally hailing from Cairns, MAYAH and her three sisters were brought up by their mum, “She raised us as a single parent and was always there for us saying, just do your best in life and I’ll support and love you no matter what.” She adds, “It’s a big ‘girl power’ family, but I wouldn’t have it any other way.” MAYAH first learned to play the clarinet and saxophone at school, but it was her family who introduced her to the music that would influence and eventually shape her sound,

“My mum was full repping Moby for ages and Massive Attack, that was my shit.” she recalls (can we just take a minute to appreciate how cool her mum is?). As a teen, MAYAH’s older sister’s record collection became a trove for new music discovery, ‘The Miseducation of Lauryn Hill’, was my favourite, I just had such a connection to it. Obviously Lauryn Hill’s a genius and the music’s insane, but the lyrics were just on another level for me.” she says.

‘Pray’ makes odes to all of the above, but it’s the universal message of the song that really hits home,

“The song stemmed from the concept of how social media can impact us and just that whole idea of a ‘curated reality’, where we see snippets of people’s lives on Instagram or Facebook and there’s that pressure to compare ourselves.” she explains.

Yeah we all made it

“Rob is an absolute legend who I now consider one of my good friends, I’m so grateful he’s been a part of my path from the beginning” she says. The pair, who met at their first studio session, churned out the single in virtually a day’s work, “It happened pretty naturally and we’ve actually been able to make a bunch of really sick tracks together, so I’m excited for next year.”

If ‘Pray’ lends a clue of what’s to come from this up-and-comer, we’ll be listening out for sure.

You can check out the official video for ‘Pray’ directed by Nick Stevens and Jon Baxter (Manu Crooks, B Wise, OneFour) below:

Tell us about the Brisbane music scene?

It’s comin’ up! I’ve been living here on and off since the start of the year and there are some really sick artists coming out of Brissy, in the hip-hop scene too, which is awesome. I think it’ll give Sydney and Melbourne a run for their money soon – if not already!

You also work part time as a doctor! How are you drawn to such polar opposite careers; Music vs Medicine?

You’d be surprised how well they couple together! I mean they are different, one’s creative and one’s science based, but they’re both hard. When I was studying medicine, there were a lot of undercover musicians; you just gotta do what you love.

So, how did you wind up eating hummus at Shaggy’s house in NYC?

M: Haha, only in New York right? It’s just one of those stories, one of my mates was like, “hey, I’m gonna be working on a record for Shaggy, you should come down and meet the team” and I was like, “yeah man, why not”, next minute I was in his house eating hummus thinking, “thinking this is random”.

If you could go to a karaoke bar with any artist, past or present, who would it be? And which song would you duet to?

M: This is tough… Can I be random and say Young Thug? His vocals are insanely out there and ‘Lifestyle’ was one of my favourites when it came out. I think it would be a laugh and a good time.

Let’s get sentimental, if you could give a present to your 14 year old self, what would it be?

M: I would give myself a bit of life advice and say, “believe in yourself, do what you love and don’t worry about anything else around that. Be fearless”

And finally, if you could give some life advice to our teen readers, what would it be?

M: Man, being a teen is hard. Being a teen girl is rough. When I remember back to my years, it wasn’t easy to deal with a lot of stuff, you’re finding out about yourself and about how the world works. I would say just take it one day at a time, try to be kind and be the best version of yourself and you’ll go far.