Not Your Dream Girl 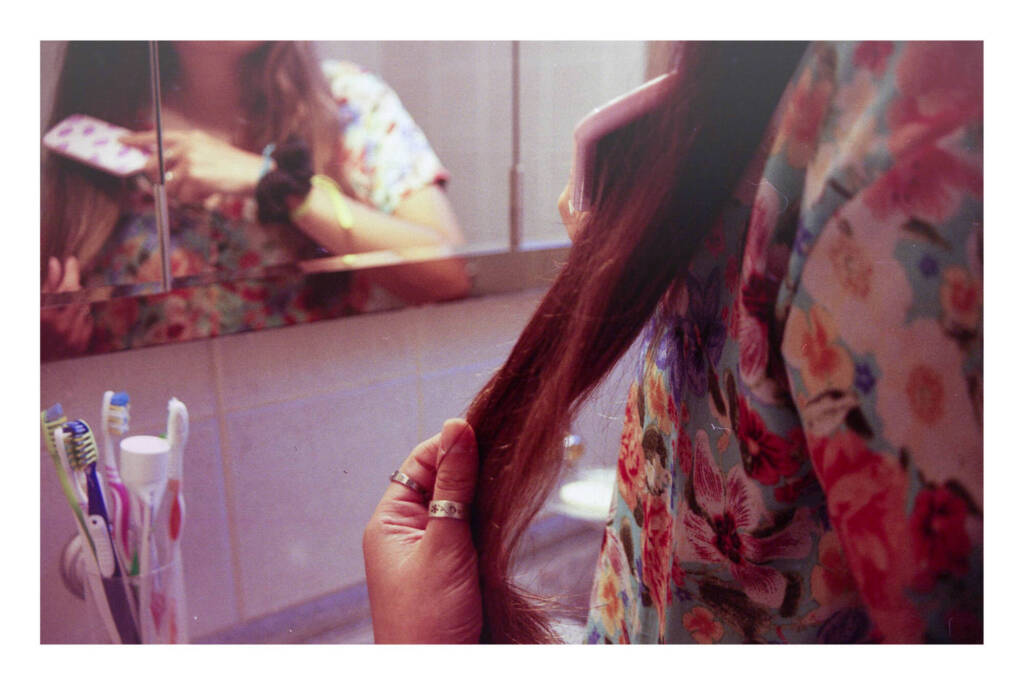 The archetype of the ‘Manic Pixie Dream Girl’ in films, TV shows, and books, is scrutinized for only existing as a plot device to further the male protagonists own story or character development. However, writers who attempt to put a twist on this sad character type provide commentary on this all-too-familiar portrayal of women in pop culture, and how this idea of the dream girl infects our real life perception of each other.

If you aren’t familiar with this trope, allow me to enlighten you, but prepare yourself, I’m about to throw some fuel on that feminist fire burning inside you. The Manic Pixie Dream Girl is a female character who’s usually introduced as the male protagonists love interest. Think, Ramona Flowers from Scott Pilgrim vs. The World or Clementine from Eternal Sunshine of the Spotless Mind. She is quirky and cool, usually has some kind of dark past or emotional damage, and helps the shy, male lead step outside his comfort zone and grow as a person. She helps him become more confident, because she is far too fun and attractive to have gone for a guy like him, but she sees something in him which she’ll attempt to tease out over their relationship. She is whatever the male protagonists needs her to be. If he is quite and studious, she is creative and intelligent. If he is timid and dorky, she plays vintage video games and likes to photograph him with her film camera. The male lead almost never ends up with the Manic Pixie Dream Girl, once she has served her purpose the two will part ways. Everything the audience knows about the MPDG they learn through what she projects onto the male protagonist. The audience never sees the MPDG on her own, she’s introduced to us through a meet-cute and subsequently, only ever seen through the male protagonists eyes. This is his love story, or growth story, or coming of age story. Don’t be fooled. This is not her story. It’s not even their story.

This archetype morphs the dream girl into more of a plot device than an actual character. Her interesting hobbies and cool sense of style distract the audience from realising there is no actual depth to her. Because of this, the real issues with the Manic Pixie Dream Girl is the two dimensional representation of women. And worse, the two dimensional representation of women in the context of a male/female romantic relationship.

However, in response to a call for better female representation in pop culture, I’ve seen great character writing in rebellion of this archetype.

Author John Green is often accused of writing Manic Pixie Dream Girls in his award winning young adult novels, many of which have been adapted into films. I loved Green’s novels when I was younger, and I believe that his female characters are divisively written to appear like Manic Pixie Dream Girls (and boys, Gus Waters from The Fault in our Stars certainly fits the bill), only to reveal that the protagonist had over romanticized their perception of them. By the end of the story the protagonist is forced to come to the realisation that they were wrong about them in some way. I think this is a really clever technique to fight against this archetype. Especially when we consider that Green’s target audience are teenagers. And because the Manic Pixie Dream Girl is designed to fulfill the fantasies of teenaged boys, Green attempts to shatter this illusion, and force us to realise that the people around us are whole people, not just a romanticized idea of a person. Green’s stories often follow the protagonist chasing their dream girl, and never seeming to grasp hold of her. In his novel, and later film, Paper Towns, Quentin finds he has completely misread the signals he thought his dream girl, Margo, had been sending him. She was not in fact hinting that he should find her so they can be together, but rather, running away to New York to start a new life. Quentin misinterprets Margo’s exciting adventure to start a new life as his big chance to be with her.

Last year, Green’s popular novel and quintessential teenage read, Looking for Alaska, was reimagined into a TV mini-series. I don’t know a single person my age that didn’t read this novel during high school. Although I’d love to re-read it now and see what new meaning I can gain from it, I’ve always loved the way Pudge’s perception of Alaska Young is brought crashing down. We the audience, are tricked into thinking Alaska is just another Manic Pixie Dream Girl, here to help Pudge get laid and go on zany adventures. The lead up to and fallout after the stories climax reveals to Pudge, and the reader, that Alaska has an entire life and inner thoughts, dreams and plans, and trauma that he had no conception of.  And as a teenaged boy, would not have been able to conceive even if she’d tried to explain them all to him. There were two things that stood out to me when I watched the series to confirm my theory. Firstly, Pudge’s delusions about Alaska are in no way down played. He puts her on a pedestal, and even when she messes up and the whole school blacklists her for being a rat, he is too blinded by his affection for her to change his perception. This is evident as he helps to clean the graffiti off her door and stays at school with her over the holidays. Pudge also imagines Alaska sitting on the bridge smoking after she’s gone, confirming to the viewer that his perception of her is a fantasy in itself. The second thing that stood out to be about the show was that we were first introduced to Alaska in her family home, and without Pudge. And as the show continues there are plenty of scenes and story lines that follow Alaska separate from Pudge. She is clearly established as her own character, and we don’t just see her through Pudge’s eyes.

So why does this trope exist? Why is it still around? How did it ever come to be? Why have we romanticized this teenage, wet dream of a character? Funnily enough I think this trope is realistic in an unrealistic kind of way. I think when we are young we can fall into the trap of casting our idea of someone onto them, particularly when it pertains to a romantic interest. If that’s true, is the Manic Pixie Dream Girl inherently dangerous or a fascinating social commentary on young boys conception of the ‘dream girl’? Which raises a question of censorship. Should we hold back on social commentary because some people may misinterpret it? Or is the greater observation that some people misinterpret it?

This question is why I love what I have fondly come to refer to as the ‘Twisted Dream Girl’. Which character like Green’s Alaska Young (Looking for Alaska), we are persuaded into thinking of them as the typical Manic Pixie Dream Girl, only to realise we are seeing them through the eyes of the young male protagonists. I think this can be a really powerful archetype, which comments on men’s perception of women in real life, and how the portrayal of women on screen has been impacted by this.