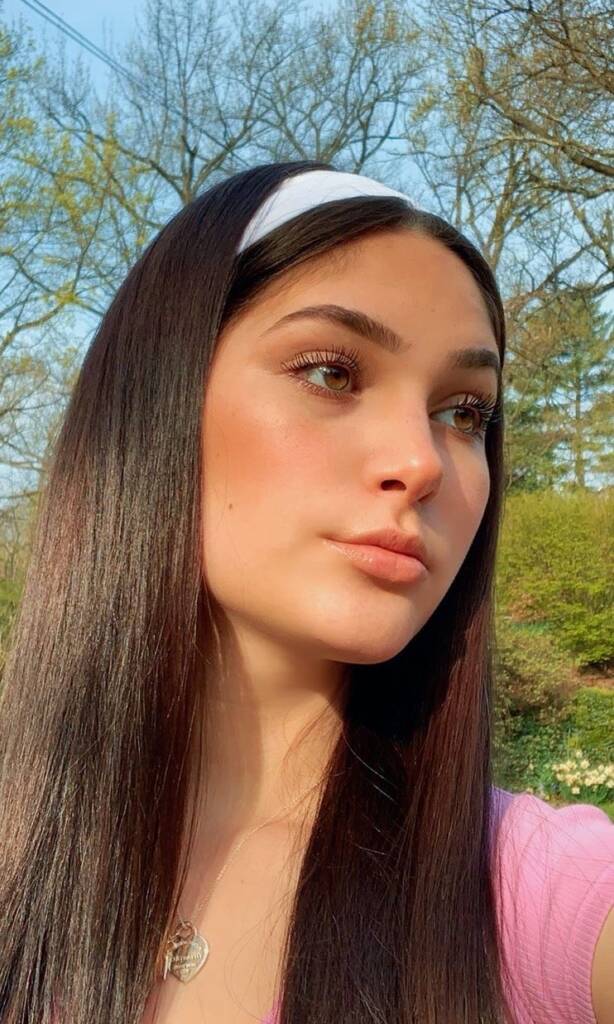 Allison Beck is a seventeen-year-old senior in high school who has gained over half a million followers on TikTok and uses her platform to spread awareness of trans issues. Allison caught my eye on the app a few months ago and I had the tremendous pleasure to interview her.

At the young age of four, Allison recognised something was different inside her. She says she always played with girl’s toys, put t-shirts on her head pretending they were long hair and always picked girl character in games. At a young age, she would tell her family she was a girl but they dismissed it as a “phase”. When asked about her experience coming out, Allison explains that it wasn’t easy.

She first came out as gay, because she says, “that’s what I thought the answer was” and her mother’s response was “that’s fine as long as you don’t want to be a girl”. That was understandably heartbreaking to hear especially when deep down that was who she really was. After moving to a more accepting town and some adjustments from her family, Allison began to identify as transgender.

Allison wasn’t exposed to what the term transgender meant until later in life. She recalls watching an interview with Jazz Jennings where she explained what being trans meant and immediately something clicked inside Allison’s head. She immediately texted her aunt that night telling her she identified with the new term she heard on television that night.

When I asked about the education young people receive on gender identity in school, Allison told me “I do think we need better education on the entire LBGTQ+ community as a whole, and not just the gender and sexuality spectrum”. As well as that she feels its significant to expose kids to the reality that there is a chance that they could be born in the wrong body or attracted to the same sex and it’s okay to feel that way. If Allison received that when she was younger she says, “I would have come out a lot sooner and felt more informed, I’m sure it would have helped a lot of other students as well”.

Initially, Allison joined the app Tiktok because it was what all of her friends were doing and she thought she would give it a try. “I thought many times about telling the viewers on the app that I was transgender but I had never worked up the courage” because Allison had been working hard to keep it a secret. “I was fortunate to pass (as female) without anyone asking questions” she says, “it’s a sad reality that trans women who pass more than others get better treatment”. However, the day she did come out to the app, her video blew up! It received more than 600k likes and 5 million views. Allison says she does receive an abundance of hate but she says that’s no surprise. Tiktok has become a great way for people of the LBGTQ+ community to express themselves while also finding and connecting with people going through the same thing.

When asked if being trans is becoming more accepted in society, Allison said “Slowly but surely, although it’s not 100% accepted, progression is being made.” The trans community has been a popular topic of discussion the past couple of years, the more people that come out as trans, the more the media has to say about it. When asked what changes still need to be made, Allison stated a list of things “we need to start educating kids at a young age,” Allison shared that she had received hate from kids’ younger than twelve, “the thing that makes that so mind boggling is that these kids are sharing hate so young because hate is what they’ve been taught from home. We need to stop with this fragile masculinity!” Allison has received more hate from men and she explains that, “society plants this seed in the minds of people that men have to be or act a certain way, and it’s causing toxic and fragile masculinity.” She further states that from what she’s gathered from the hateful comments from men that they feel “almost threatened” that trans people are living their life, “they cannot wrap their heads around the fact that there are some women who were unfortunately born in the wrong body.”.

I asked Allison about stigmas that surround the trans community and her response was horrifying. One message that hateful and misinformed people share is that “trans people (especially trans women) are just transitioning to become pedophiles, which is obviously completely wrong!”. What also needs to be changed is the image people have in their heads of what a transgender person looks like, Allison says “we need to stop the stigma that transgender women are men in wigs, and transgender men are women with short hair, because that’s just not correct.”.

With her experience in mind, I asked Allison what advice she would give someone scared to transition? She says, “it is your life, nobody else’s. You have to start living for yourself and not for others. You will only be happy once you are content with the person that you are. I understand that many might be disowned or fear being rejected by family, and truthfully, it’s a sad reality some face. However, it’s a hard struggle that we have to come to terms with if it means being 100% our most authentic self and that is where true happiness is found”.