By Ramona Magazine9th September 2021Prose, Your Writing
No Comments

Home » Home for the Holidays 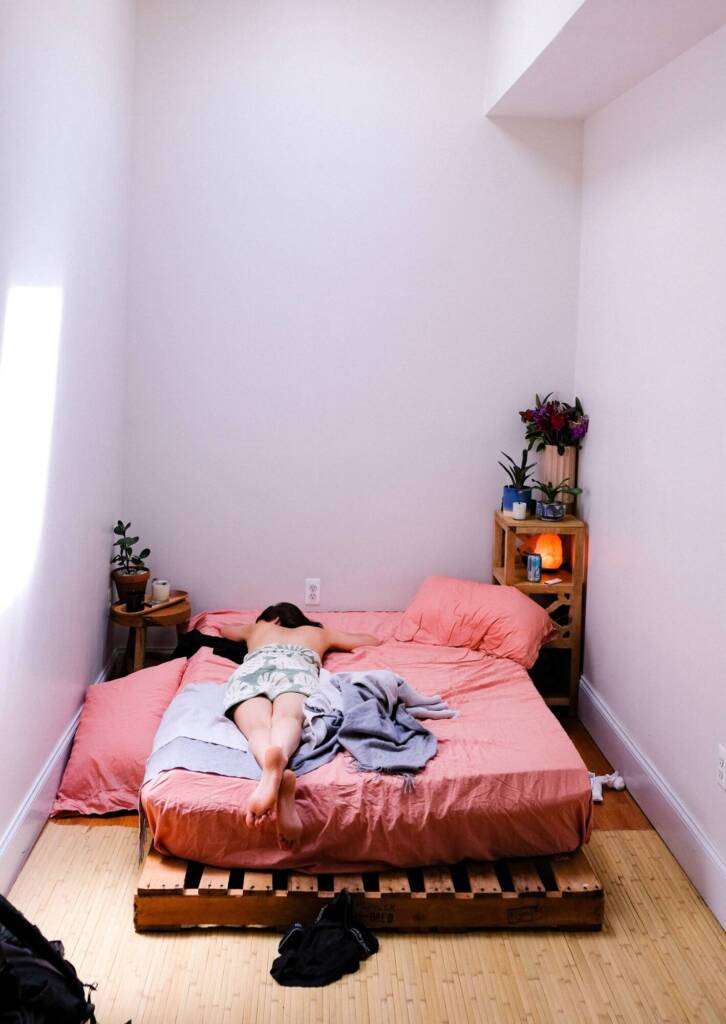 A girl who was no longer a girl drove the streets she used to ride. A different version of the same old tape, now she was passing the houses and the schools and the corner stores at double speed, a peripheral blur of places left behind. Polly was looking straight ahead this time, save for a glance in her rear-view mirror to look at no one behind.

She couldn’t remember if the streets were always this quiet, the houses always this lonely. The pitter patter of memories that matched each building and tree she passed in the car that she’d once use to leave this place can only vouch for faces of relevance in her mind’s eye. School friends and family friends and mutual friends and friends of friends, the world she once knew barely extended beyond that.

Polly passed the old church, the one with the sinking roof, and muscle memory triggered her feet to slow down. But she wasn’t on her bike, no lilac rusted Malvern Star underneath her that needed to account for the dip in the road where she’d broken her 11-year-old forearm. Her car barely bumped, barely grazed the gap in gravel that had sent her flying all those fourteen years ago. She touches it now, her left forearm, the scar still somewhere there under the woollen jumper she’s wearing just to make her mum smile.

The driveway had the same effect, she noticed as she pulled in. Steep concrete and gaping cracks barely budged the old Mazda. She’d had this car for a little while now, built up a category of memories and stories in the back seats; several clothes hangers, an array of Keep Cups, someone else’s university hoodie, a copy of the New Yorker that she pretends she reads. The scratches on the seats and stains on the carpet signal to Polly, as she catches them in her peripheral in the middle of the rare reverse park, the life she has lived in this car and the life she has lived outside of it over the past seven years. A life that feels strangely foreign to her now, as she sits in her parents’ driveway.

Polly hated coming home. Polly hated coming home because each subsequent time she parked the Mazda in this driveway it was only made the more clearer to her that her parents’ home is home. She turned off the engine but left her seatbelt buckled, the keys still in the ignition. She closed her eyes and tried not to think about the last time she sat here, right on these scratchy seats, with the trunk full of clothes and her stomach of ambition.

And now she’s not even hungry. She’s not even sure of the things that once made her so, if they will ever again. The girl of eighteen that once sat where she is now, that girl who truly believed with her all naivety and innocence that if she just worked hard enough, if she wanted it enough, she could have anything. When the world was never too big, and she never felt too small. But now she’s claustrophobic.

It takes everything in her not to reverse right back out of there, past the bumps and the cracks and the odd dip in the road. But what cements her there to the place she has run to is a little less sentimental than an innocent visit to her parents; she couldn’t leave now, she had nowhere left to go.

And maybe it was hopeless desperation or the intimate safety of the nest, but Polly was here. She was home. She would dodge questions and conjure excuses, she would relay the past seven years of big cities and broken hearts, she would succumb to her mother’s hugs and break when provoked, and she would wish, despite everything she wanted when she was eighteen, she had never left.

Maybe Polly wouldn’t leave, maybe this time coming home meant just that. Maybe a bit of rest and recreation would age into residency, comfort permanency evolved from temporary shelter. And sitting there in the driveway, she couldn’t work out which would hurt less. She could go back to the city with the humiliation of giving it another go, or she could stay. Stay comfortable and safe, looked after by the two people that had no choice but to care, sleeping and binging and wanking in her old bedroom, amongst the Zac Efrons and Miley Cyrus’ on the wall. It could be just like she was eighteen.

So Polly stayed. She played child for a little while and then a while became a year. And her parents didn’t know how to tell her to get out and Polly didn’t know how to say she didn’t want to leave. And so she didn’t. No longer hungry with ambition nor unafraid of a world too big, Polly stayed. In safety and in comfort, in the intimacies of childhood, a girl who was once a woman became a girl again.