Q & A with Ruby Gill 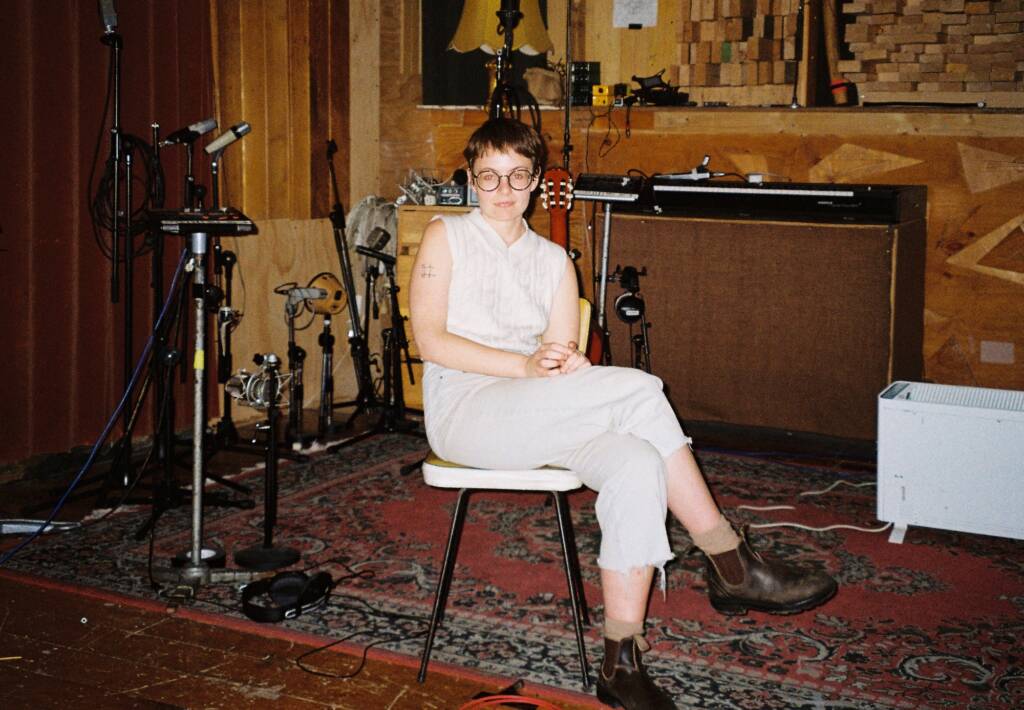 Hey Ruby, how are you? Tell us about where you’re speaking to me from.

Hello Juliette – I’m doing just fine here in Naarm/Melbourne, thank you! Well, within the context of global collapse and everything of course. It’s my first year living completely alone which was an interesting choice during rolling lockdowns but I’ve taken to podcasts, porridge and spiralling out of control quite well actually ☺

Your song, ‘you should do this for a living’, really hits a nerve that many female and non-binary musicians and artists can relate to with their own experiences. How did this song come about for you?

Despite the languishing loneliness, spending so much time alone over past year has given me the space (and therapy) to finally start hearing my own voice and shaping my identity in music and self. In doing so, I began to remember and confront experiences that had previously silenced me or held me from my own opinions or body. It seems I’d tended to make myself small or put myself second in the face of various men who thought they knew better musically, physically and career-wise. I’d skimmed over trauma because I didn’t want to be called ‘sad’ after a show. I’d exchanged harassment for ‘exposure,’ and never really been able to name it. I’d let others make decisions, take control, and didn’t know there was another reality where I got to say no, or yes. I guess I wanted to capture what I’d realised about those voices, process those experiences in harmony and start to move forward with this newfound sense of my own vision and how important it is that women and gender-diverse people feel able to take up space in song with autonomy and respect.

What was behind the decision to not only have no men involved directly in the making of the music but also not in the entire process of production, including photos, engineering, mastering and management?

I didn’t really start as a conscious decision – I had wanted to work with Laura Hancock (producer/engineer) for a while, and I guess this song just happened to be what was on my heart. I’d already had this choir of female-identifying voices in mind – I wanted people to be able to hear the solidarity in the song, and these were the actual women who’d held me together through the experiences named in the lyrics. But once we were looking at this team of such strong folks on paper it felt so poignant and right that we, as women, would be taking control of this narrative about a shared experience of not being in control. So, we made a silent rule that we’d keep it that way, and it opened us up to new mastering engineers and designers and people who perhaps weren’t the assumed go-to that the industry pedestals, but who have ended up being the kindest, most creative people who I will forever be grateful for finding.

How did the all-female team that you worked with impact the production process and the final outcome of the song?

At one point during recording, Laura asked the choir and me to listen to this one line a couple of times through our headphones. All six of us, without talking or looking at each other, suddenly knelt down in unison, crouching or sitting on the floor in silence to listen deeply. I can’t put my finger on it but there was something so moving and peaceful about that moment: the shared gentleness, connection and quietness of it all.

For most of us, this was the first time we’d ever been in a studio environment without any men. We spent a long time talking about how much space there was for our full selves to exist in the funky wooden warehouse. For mistakes to happen without fear of judgement. For opinions to be voiced with full knowledge that they’d be listened to. For traumas and grief and daily worries to enter the room with us and not have to be ignored in favour of putting on a strong face for a strong song. To walk and sit and lie on the floor with full autonomy of how we held ourselves. I can hear it in the recording – the gentle grit, the wooden floors, the defiance without having to shout.

The choir of female-identifying voices behind your vocals is absolutely beautiful. How did you manage to rally together such a great bunch of women?

I am very lucky that these are my friends – maybe even sisters. Over the past year I found myself alone in Australia, having come out of quite a difficult relationship and completely adrift in terms of my sense of self and community. Mimi, Hannah, other Hannah, Angie, Tori and our photographer Taylor became a huge part of my family here and some of the most beautiful creative minds I know. I am so deeply respectful of their individual music, art and selves and it was my luckiest day to have them involved and feel held by their collective spirit in the song. Really, it’s all downhill from here.

Is this process of making music with an all-female-identifying crew something that you’d like to carry on doing with more of your music?

Absolutely, or at least actively seeking out new voices and choosing this energy of sisterhood and peace above all else. I am lucky to have a lot of very gentle, genius men in my life who it feels very empowering to work with, but I want us to all be a part of rooms where more women and non-binary folks are behind the wheel, on the desk and in charge.

What are you working on right now?

I have an album brewing, and a long list of other songs to say in time. I’ve recently been offered a writer’s residency in a little cabin down the East coast of Melbourne where I’ll hopefully be able to spend some time birdwatching and writing on paper too, with the hopes of creation in another format – maybe a podcast, or an anthology, or a long rant. Who knows.

Where can we find your music to listen to all the Ruby Gill we can get our hands on?

I only have a couple of songs out, which are on all the usual platforms. And Instagram is where I share all my rambly poems, bird stories and new song snippets as I’m writing them from my little nest. It will be nice to share them live when the world opens up.