Interview of Danika by Juliette Salom 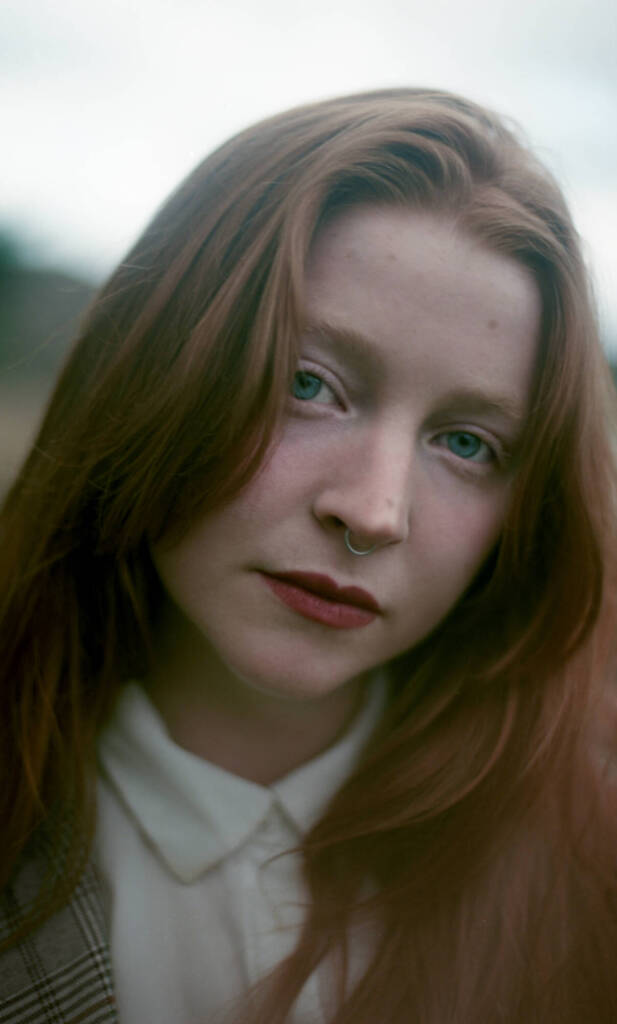 Hey Danika, how are you? Tell us a little about where you’re speaking to me from?

Hey! I’m doing well, thanks ! Right now I’m feeling creative and tired at the same time, so I’ve moved my studio gear into my bed and have spent the afternoon working on a tune, just singing into the mic from half-under the doona and I feel like a low-key genius.

Geographically, I’m based in Melbourne, and it’s spring, but it’s cold and wet today.

Your debut EP When Love Comes is set to come out very soon. What was the experience like of putting together a compilation of all your own music?

It’s been a long time coming, and very cathartic and comforting. I’ve been collecting these songs through the last 5 or so years, the ones I would continue to play live and refine through repetition that way. There was no clear cut vision but these songs were ones that made it into the studio, which was a day-by-day unfolding, and they have a certain unity to them I feel.

The references to jazz and soul that are infused in your music are balanced with notes of indie folk song writing, creating a unique sound beyond the confines of a single genre. Where do these influences of jazz and soul come from?

I think there was always an undertone of familiarity with jazz from moments in my childhood, different figures in my life who brought jazz music with them. My second year living in Melbourne I struck up an intense friendship, a sisterly bond with a budding artist who was heavy on soul/Jazz, and she asked me to sing backing vocals for her, which expanded quickly into singing backing vocals for another project she fronted, called 30/70. So yeah, we played a lot for a few years there and that band was such a rich blend of sounds and influences. It was pure joy singing with them and They had a big impact on my taste in music.

At just sixteen-years-old you were a finalist in Triple J’s Unearthed High. What was that experience like of getting your music noticed at such a young age?

That was a very surreal experience. A bit of a zero-to-a-hundred feeling. I hadn’t yet conceived the idea of being a ‘musician’, although I had a bond with music and singing in my own private space. It brought me great comfort, and I had been playing the guitar for a year, learning covers and busking a lot as the money was shit-hot. I hadn’t written many songs, and through a random sequence of events and a community art start program, I wrote a few songs quite quickly, uploaded one of them to unearthed for the hell of it and the next thing it was playing on the radio I grew up listening to, all within a 6 month period writing that first song on guitar.
It was ridiculous, exciting… and also strange.

What did you get up to in the break of ten years you took between Unearthed High and restarting your music career in Melbourne now?

While the unearthed thing played out, I had already made plans to go on exchange to France for a year, which happened in 2012. I took my guitar with me overseas and was playing and writing a lot.
Two weeks after coming back from France I moved to Melbourne to Follow the music, as I heard this city was the music capital of australia. I didn’t know many people when I moved, but In Melbourne I felt free as a bird for the first time in my life and have just been completely immersed myself in playing music in different bands, and feeling deeply inspired and excited finding artists and people I resonated with. There’s a lot of good people in this city.

Your latest single If You Call My Name toys with a balance of sounds of an airy dreamscape and an earthy chorus. Where did the inspiration for this song come from?

The chorus came first… I have a recording of it from my days at uni (studying music industry) and there was this long corridor with insane reverb, so that’s where I wrote that I think. It was inspired by love of course. Painful love. And frustration. The contrasting verse, with its somewhat abrasive lyrics, must have come a bit later. It’s all a blur.

Thanks so much for speaking with me Danika! Finally, tell us where we can find you and your music?

It’s been a pleasure, thanks for having me and wanting to know a bit of my story. You can follow me on Instagram @danika.danika.danika

Or find my artist profile on spotify, Danika

Of course, there’s bandcamp too.