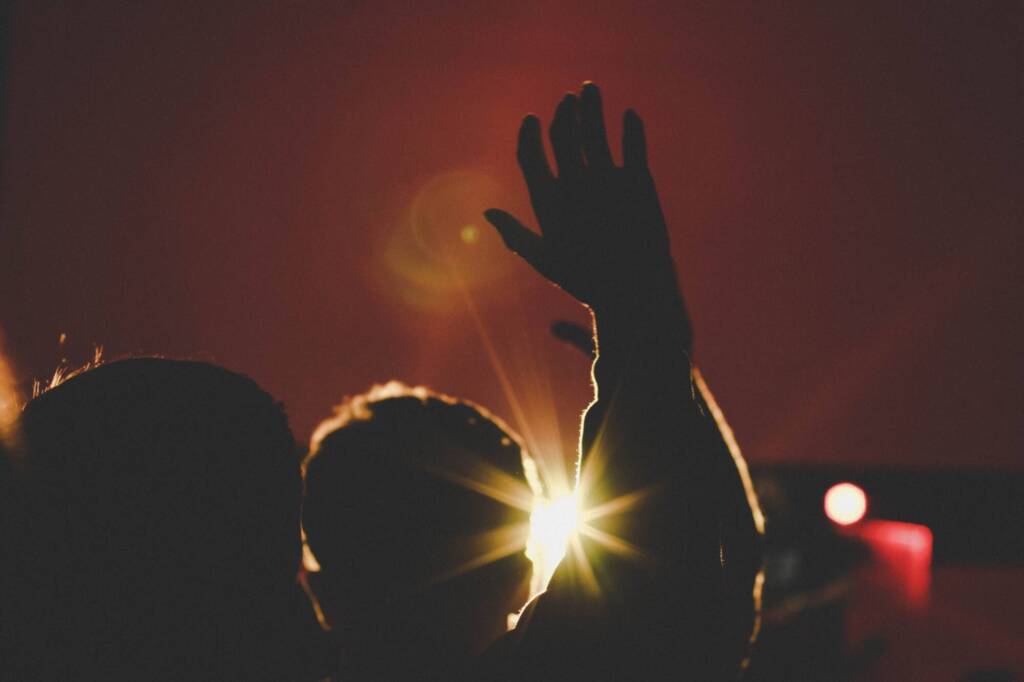 “Up or down?” I hold my hair in a loose bundle of curls on top of my head. Cleo nods, understands the option, and I let my hair fall.

“Definitely down,” she says, and turns back to the stove. “You sure you don’t want some of this before you go?”

But I’m running late and I’ve brushed my teeth and so I tell her I’d better go.

I leave the house and my friends behind and step into the night. The cold air and the knot in my stomach make me wish I was eating curry with them tonight. But the chardonnay in my belly and the layer of makeup on my face force me to move forward. If I turn around now, opt for bed over beers, I’m only losing. In a couple hours’ time, I tell myself, I’ll be on my way home. Still with wine in my belly and makeup on my face, but maybe a little less alone.

I only listen to breakup songs on the way to first dates. My tendency to hate first dates complements my tendency to love breakups, and so I listen to sad girls sing about broken hearts to remind me of what I could have to lose. At the crossing of the train line, I fantasise of the sadness only a relationship breakdown can inflict. The boom gates close and I don’t rush to cross the tracks. There is no hurry. And so I listen to pianos and guitars and teenage girls singing masochistic poetry. The train rumbles past through the one lyric I love. I wait for the boom gates to stop screaming and the gates to swing back open, and I start the song again.

I get to the bar exactly four minutes late. Late enough to not seem keen, early enough to not seem rude. I’ve taken my earphones out and checked my nostrils are clear, but as I round the corner, I realise I must be the first one here. Although I am indeed also late, it annoys me he is too.

“Poppy?” I turn around and see some version of the profile I swiped right on a week ago.

“Sorry, I didn’t mean to startle you.”

“No, no, it’s fine.” We lean in to greet each other. Only one of my arms moves to half-hug this stranger, but I feel both his arms firmly coil around me.

It’s only been a week, I want to say but don’t. A week of awkward flirtations and emojis used incorrectly, a week of digital getting-to-know-you questions that will pretend to have been forgotten so we have something to talk about tonight.

Max’s beard is tinged orange and his eyes the colour of ivy. He squints his eyes when he laughs and throws his head back dramatically, like I’ve just said the funniest thing he’s heard all week.

“That’s probably the funniest thing I’ve heard all week.” He points to my empty wine glass and raises his eyebrows. “Another?”

I nod my head yes please and watch him move toward the bar. I can’t hear what he says to the girl that serves him, but I see her smile and giggle politely. She pours a beer and he turns back to me, lifting his hand up to give a little wave. He’s trying, I can tell. But what I can’t yet tell is if that’s the most attractive thing about him or the least.

“I’m just by the train line, about a fifteen-minute walk from here.”

We’re three drinks deep and everything’s fine. It’s either one more drink and I stay, maybe go home with him, or it’s no more drinks, call it a night and go home alone.

“The train line drives me insane,” he says. “I feel like I’ve lost years waiting to cross over at Barkly Street.”

I nod my head and agree with him some more and ask him about his house. He tells me about his housemates and his garden, about the neighbour’s cat and the homegrown capsicum. He says the number nineteen tram that stops outside his house drives him up the wall, he asks if the tram stop outside mine annoys me too. I finish the last of my chardonnay and try to remember when I told him I lived by a tram stop. The bubbles in my belly and the bubbles in my brain make me think I did, make me think I just can’t remember. I probably mentioned it in our messages, he probably pays attention when I talk. I’ve probably just drank too much.

“You want another?” He’s already standing up with his wallet in his hand. But before I can say no he’s at the bar and the girl serving him is laughing, I can hear her this time. He says something and she smiles wide, looking over to where I’m sitting. He looks over, too, catches me watching and waves. I put my phone in my pocket and my jacket on my shoulders. I’ve enough wine in my belly and I’ve stayed long enough for my makeup to not have been a waste; I’m going home alone.

He comes back to the table and I tell him I have to go. I dance through the list of excuses, work in the morning and I’m really tired and it’s already quite late and what not. He doesn’t tell me that I have two left feet and my excuses are shit, he doesn’t take me up on my tango. He just smiles tightly and nods toward the door. Two full drinks at our table, I thought he might stay on. But I step out of the bar and onto the street, and he does too.

Although I don’t ask and although he doesn’t offer, he was walks me home. The silence between us is thick with discomfort. To distract from the disquiet, I try to focus on keeping my mind busy with all the ways to say I don’t want him to walk me home without saying I don’t want you to walk me home. I can’t think of any way. I ask him instead what plans he has for the weekend, just to quieten the screaming silence, and he monologues at me whilst I count the houses to my home.

We’re almost at the train line when I hear a hoot not far away. Covering shifts and after work drinks is what he is saying when I realise my escape. I slow my step, feign my interest, watch his beard tinge orange in the streetlights. Bells ring and boom gates move and I turn to him with the swift squeeze of a one-armed hug. Lovely to meet you and this is me here and thanks for tonight are words that are thrown over my shoulder as I skip toward the safety gates. His hand flies out, grabs onto my wrist, his fingers easily curling around my arm. I can feel his grip, the blood in his veins, my skin in his, my wrist in his fist.

“Poppy,” he says as the gate begins to close. I tug my wrist little and look up at him. He watches me, watches me try to pull away. “Thanks for tonight,” he says, and then he lets go.

The train rumbles past and only when it is gone do I look back. On the other side of the tracks, I think I see only darkness. The air is still and the night is quiet and my wrist is mine again and I’m almost home. Where he touched me, where he had me, my skin burns with what he could’ve done. I pull my sleeves down over my wrists and count only twelve houses until my own.

Another train hoots, some more bells ring, and I look over my shoulder to see the boom gates fall. And somewhere back there in the darkness, somewhere down near the train line, amongst the glow of streetlights and the hum of traffic, a hand slowly raises, waving back at me in the dark.