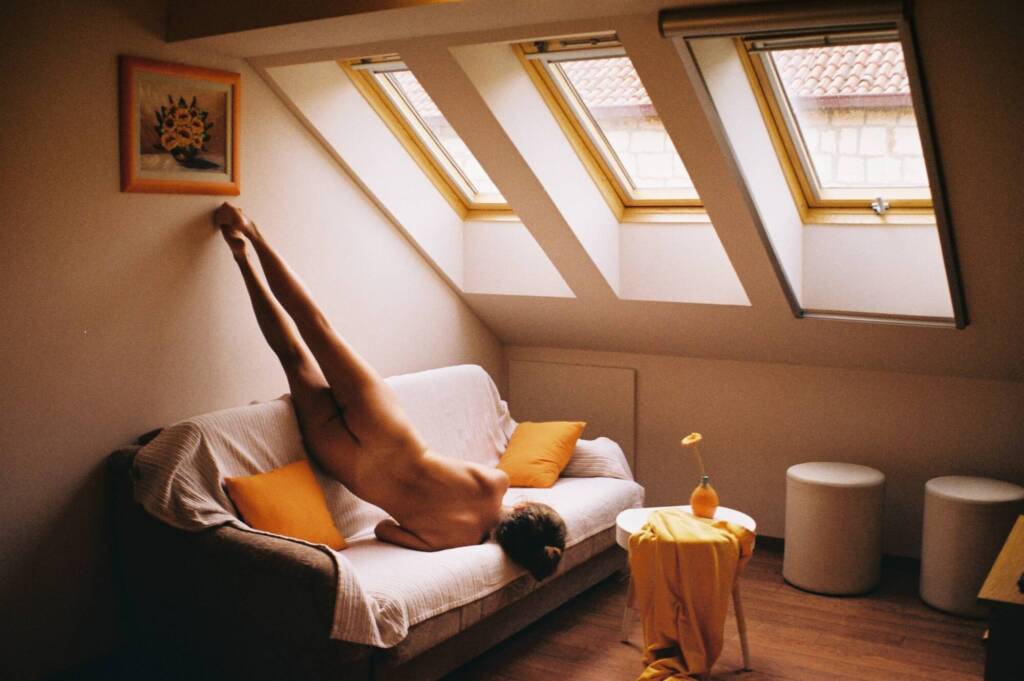 It was all just a numbers game for Eli. Counting up and counting down, days and cases and vaccinations and percentages: they were all just numbers.

Eli had never been that much interested in numbers before now, before these past two years of lockdowns and toilet paper shortages. She’d dropped maths in year eleven and found no use for it beyond the classroom; the calculator on her phone was two swipes away and they never asked about Pythagoras’ theory in her marketing classes at university. This, what she was doing now, wasn’t proper math, anyway. It was just numbers. Simple addition and subtraction. Simple enough for Eli to do. The simplicity of it all, however, stopped there.

There was nothing simple about these numbers, about what they meant. It was the same feeling of complication Eli had toward the word freedom. Celebrating freedom day was something her friends had insisted upon doing, but Eli was well aware that she was never really not free. For almost two years she couldn’t drink her soy flat white sitting down in the café, nor try on those too-small vintage jeans before she bought them, but Eli never understood these things are non-freedoms.

But no matter what she called them; these things hurt all the same. It wasn’t just coffees and retail therapy Eli had missed out on, it was coffees and retail therapy and all the small things in between that she grieved. Smiles at strangers on the street had become awkward from under masks, the busyness of a Friday afternoon tram was a relic of the past; there were no warm bodies to accidentally brush up against her, nothing to remind Eli she was alive. Maybe the threat of other bodies should be left in the past, anyway, in the sort of pre-pandemic utopia nobody knew they had.

But now this current dystopia had existed for so long, had run its course and run it again, had insisted on staying around for another round, for so long that Eli wasn’t sure if it was dystopian at all. When for almost two years, for over two hundred days on and off, when the yo-yo of rules governing what can and can’t be done outside one’s home felt like forever, Eli had to start believing it was normal.

“When we get back to normal,” she’d hear people say. But whatever was to follow was less an idea of normal, and more an indication of what they believed life was like before. The before, for Eli, didn’t mean normal. The before was before and now the world was changed and there was no going back. Eli pitied anybody who still believed they were.

Octobers felt different now, Eli realised. The rain on the pavement doesn’t stay wet for very long around this time of year, something she’s only realised for the second run of seasons because of the glacial upending of time. Lockdowns slowed everything down for Eli. The jeans shop she worked at, the one with the angsty young mums and the teens with too much money, was closed with all the rest of retail. University demanded little of Eli’s attention around this time of year, in this type of year, and with not much else to do but study, her assignments and assessments found themselves to be completed well before the due dates. So time slowed down. Counting down the hours and counting up the days, time felt as simple as all the other numbers Eli was counting. That is, not simple at all.

Walks went for hours or minutes, depending on the day. The sun would be out and so would Eli, angrily marching up and down the footpath with her headphones in and a podcast playing. Only sometimes would Eli crack that look on her face; a silly joke or jostling banter from the two podcasters she would often forget weren’t her friends. She was in on all their jokes, knew even the most subtle of the references, and when she was walking down the main road, her ears covered by their voices and her face covered by her mask, she felt a little less alone. But then she would get home and eat dinner by herself and try to fall asleep after a day of doing nothing, trying not to think about how the next day would be exactly the same.

And now, nothing is the same. Everything has changed. Eli was meant to want this, she did want this, to get out of lockdown and out of languishing, but now she wasn’t so sure. But what was she meant to do about it? Stay inside? The idea was both laughable and hugely appealing. meet at 4pm!!!, read a message in her group chat. Eli watched it for a while, watched the number of people to have seen it climb as their little pictures fell to the utmost bottom of her screen. It seemed all her mates, the closest seven anyway, would be going out. Eli huffed. What excuse did she have? She would be too.

It took not more than minus thirty minutes for Eli to regret asking for a spot at the table. The awkward booking time implied neither lunch nor dinner specifically, so the growling of Eli’s stomach was nothing but a slap in the face while the number of clothes she wouldn’t wear was piling up on her bedroom floor. She was meant to be on a tram by then, halfway across Melbourne in a cute outfit and a cute face mask, making the most of her freedom. Instead, she was half-naked in front of the mirror, realising that pretty much all of her clothes did not fit her anymore. It’d been only two, almost three months of Lockdown Six, the most previous and debilitating lockdown. But Eli’s body had changed, like everything else. Sleeves now squeezed her biceps like sausage casings, waistbands stretched to the threat of snapping over her thighs. Eli had to settle on a black dress of her mum’s she had burrowed once to wear to a funeral. Appropriate, she thought.

Lunch, or dinner, or whatever it was, was exactly how Eli had hoped it wouldn’t be, but exactly how she thought it would. The usual suspects of self-actualization made everyone else feel bad about not starting businesses nor funding their creative callings during lockdown. The quiet ones moved food around their plates silently, nodding in polite agreement every now and again. Eli was somewhere in between. She had things to say, fodder to add, she just didn’t know how to go about doing that anymore. So she stayed quiet for most of the two hour sitting, watching and listening and trying to understand how forty-eight hours ago she was eating pasta in her pyjamas at 5pm, and now she was, quite simply, out. It was all a bit much for Eli.

The tram the ride home, Eli wondered when it would all stop being a bit much, or if this was her reality now, forevermore. Uncomfortable lunches reeling through silences, not knowing what to talk about with friends she’d known since high school; Eli wasn’t naïve enough to think things would re-commence as normal once again, but still she was disappointed things didn’t.

She had once been thirteen at a new school with acne lining her hairline and crooked teeth like a cartoon rabbit’s. She had once been through the painful motions required to exist in that new world, making new friends and figuring out what was cool; she had once had to find her place in the social hierarchy of the jungle. And now here she was, her early 20s, almost a decade later, and she was having to do it all again.

Eli noticed, not more than one stop from her house, that even the bodies brushing up against her on the tram wasn’t the freedom she thought she craved. They were reminding her she was alive, that’s for sure, but she now was wishing that they wouldn’t. The claustrophobia of armpits in her face and stares from strange men felt larger than just that tram ride. It now followed her home, this claustrophobia, and into a world of newly unrestricted movement.

The passive consumption of life that had become a matter of habit during those two hundred and sixty-seven days of lockdown in a city she once loved would not suffice to exist in a city that now demanded her utmost and undivided attention. Eli had no choice but to be out now, now that everyone else was, no choice but to be free. The numbers were worthless because life had resumed and no one longer cared for cases nor vaccinations nor percentages, as long as soy flat whites could be drunk in cafes and jeans tried on in shops.

The numbers were still there, Eli acknowledged, but the simplicity of them had also resumed. They were just numbers now, relics of a locked-down past. And, like Eli knew all along, there was no going back. The before was before and now the world, once again, had changed. Eli pitied herself for wanting to believe that it wouldn’t.