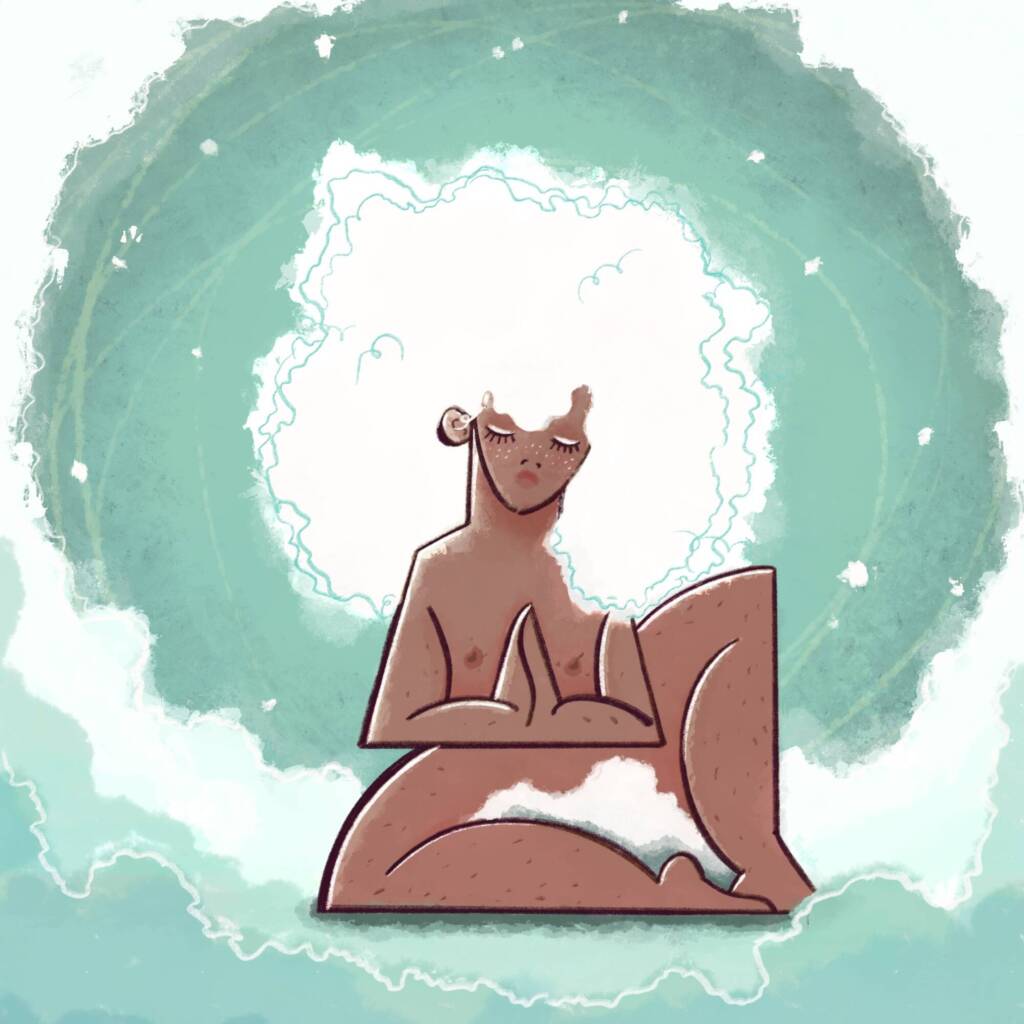 The last eleven months have been a lesson in the duplicitous finite and infinite nature of time. A lesson of which I never sought and would gladly have passed aside.

From a cause only partially known, my life and myself as I knew it was being forever altered. At the same time the world confronts an invisible threat which stopped the flow of modern existence as we knew it, I was (and still am) facing an equally invisible but less discernible threat. A threat with an inconspicuous blessing thrown in – the usual order of things.

As the world stayed home to protect each other, I stayed home because I didn’t have the physical strength to do anything else. In moments of sun, I’d lay on a newly purchased deck chair under the canopy of large gum trees. Staring at the soft blue sky, I found myself comforted by the clouds, in awe of the speed at which they seem to rush across the vastness in front of me, unable to be controlled, captured or tamed. Clouds move so gracefully above us, never stopping but constantly growing, calming or weakening till they disperse – barely tangible and never still. I rest my head back on the blue and white striped cushion behind me and let the breeze wash against my mottled skin, time passing by. The clouds are much like time. Forever moving, forever changing and evolving. We are rendered passive to its grasp, threatened by its seemingly finite presence in our lives.

Day by day I lay in the soft and familiar surrounds of a room I had known for years, capturing snapshots of the space in its changing facade. I would watch the sun hit the windowsill, the room then fading into darkness as night began to fall. I’d stare at books piled haphazardly on the black bookshelf, searching endlessly into potential worlds, some I’d paid a visit to and others I hadn’t got around to yet, or had really just bought because I liked the cover.

Forced to endure a period of existence which seemed to stand still, I was separated from others, for whom life was beginning to move forward again, participation in which required an amount of energy and breath I simply didn’t have. Growingly, I began to feel a desperate anxiety of being left behind, whilst almost simultaneously being afraid of what movement might ensue.

Opening Instagram was like entering an alternate universe that resembled the one I had remembered but seemed so utterly unattainable it was a falsely advertised utopia. A world of rooftop negronis, fluffy dogs and freshly made avocado brunches. Unsure how to answer questions of “How are you? It’s been so long? What’ve you been up to? I miss you”. It was easier to not engage.

That way I never had to find a way to explain that when I said I was unwell, I meant it. That I was lying, shaking on the bed, wrapped in a towel, too weak to put on a clean set of pajamas after the effort of taking a shower. That watching Netflix in bed, or if it was a good day, on the couch, meant re-watching shows I’d watched a million times before because something new required too much concentration. Sometimes this existence seemed like it would last forever. I was a mold of the person I had once been, situated in a body and mind that no longer felt familiar.

However, one night lying in bed, eyes gently shut but not yet in the land of sleep, I felt myself smile in the dark room where no one could see. As I pursed my lips together, I realised the warm rush that flowed through my body was a sense of joy. A type of happiness and peace I had experienced only short, small whimpers of in many months. It wasn’t the uneasy warmth of a pathogen wrestling my body that has become a recurring sensation. Instead, it was at once a stillness and jolt of energy from deep within.

The semi sheer curtain that had covered my body, separating me from my former self and all that encompassed, was starting to shift. I had been disconnected from myself, holding on to the me I knew with strands of fraying string – a person in fragments.

But that night, lying in the warmth of my light grey sheared doona, I sensed the return of this familiarity that had been lost. I was suddenly aware that I was me again. My corporeal body is still partly broken in pieces, but the glue is slowly starting to set. Like a china cup that has hit the floor and been lovingly mended, the pieces are taking a familiar but different shape. Whilst I will never be the exact person that I was before, it no longer matters. I am me again and my body is abuzz with a comfort in which lies a strength even greater than that which came before. For we are all forever changing shape, ebbing and flowy like a cotton wool cloud.