Jonti Ridley is not only a model, content creator, tattoo studio manager; they’re also a force to be reckoned with. A simple glance at Jonti’s portfolio or Instagram grid may give the impression that working as a gender queer model in a perceptively progressing fashion industry is all glitz and glamour. However, Jonti revealed to me that beneath all of the rainbow washing, the reality of carving out a space for oneself as a non-binary person in fashion is in reality, a whole lot more insidious. 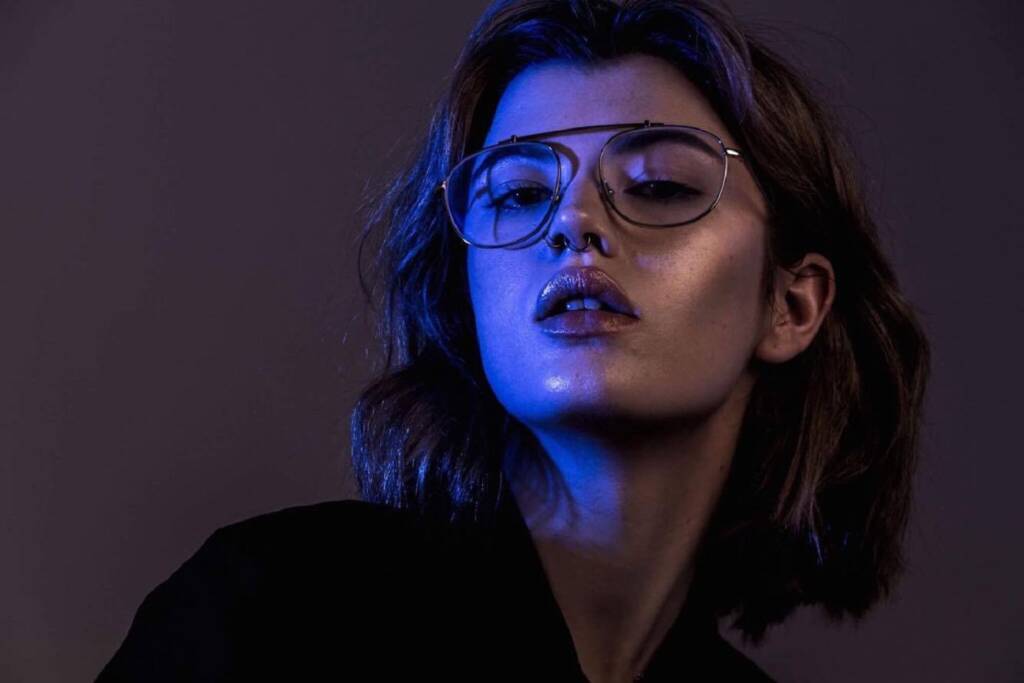 In the interview below, I chatted with Jonti about their experience with modelling, their gender expression, and the rife exclusion of gender queer people that the modelling industry doesn’t want you to know about.

Hey Jonti! Do you want to start off by talking me through how you got into modelling in the first place?

So I was a really goofy looking kid, like I can’t stress that enough. Modelling wasn’t really quite on the agenda. I think the first time I ever got my photo taken by someone, I was about 17 after I got a haircut and there was like a photos studio at the hairdressers. I remember thinking, ‘Oh, that can be a bit of fun,’ and I kind of didn’t really think about it after that. Then I moved to Melbourne, fresh out of high school, and a friend of mine… who was a photographer for this [modelling] competition I entered (and lost) was like, “I think they fucked up but I’m coming down to Melbourne, do you want to shoot sometime?’ So we shot for like three hours on the streets of Fitzroy. I thought that was a lot of fun but I didn’t think much of it and just put the photos up on Instagram. Then an agency called Duval (now defunct), ran by a man called Jon, reached out to me on Instagram for a casting. He signed me when I was 19, and that was my first agency.

I’m with BELLA Management now. After I got dropped by Duval, to be completely factually accurate, I wrote an article essentially about the sense of otherness that modeling has always given me and how it’s exacerbated particular mental health problems, like my chronic eating disorder. It was nearly a 1000 word piece… and I kind of added a footnote at the end essentially mentioning Bella, because they’re one of the first agencies in Australia to have a curve line, just being like, ‘it’s nice to see that some people are changing it from the inside.’ Then Chelsea, who owns Bella and lives in Sydney, hit me up on LinkedIn. She was like, ‘I read your article about how much this industry has essentially ruined you, would you want to come in for a casting?’ I said yes, because it would be stupid to say no. Anyway, that was nearly three years ago.

Could you talk to me a little bit about your gender identity and your journey to identifying as non-binary?

Like a lot of non-binary kids, I just knew, whatever I was being told didn’t apply to me. I wasn’t sure to what degree or extent, but I knew from the second we were split up in PE class for boys and girls. I was like, ‘I’m not in the right group. I just know I’m not.’ And that wasn’t to say the other group was the right group for me, but I didn’t feel the sense of allyship or community among cis women that it seemed like so many of my other friends were able to tap into. I don’t know whether it was the autism or the non binary-ness, or both, but I was acutely aware of my otherness, and that was fine. I spent a good chunk of my young teen years thinking that I was trans and going through the mental process of realising that I’m gonna grow up, and I’m gonna have to transition and I’m gonna have to do all the things that come with being a trans person. And I’d kind of come to peace with that. It wasn’t until I was 19 and had moved to Melbourne, that I actually came across the term non-binary for the first time. Instantly, I was like, ‘Oh! There actually is a third card and it is both and neither at the same time, and I can pick, and there’s a scale.’ Even within the queer community, I thought I had to pick one end of the spectrum or the other. And then I discovered like, gender queer and gender free – there are so many options. I think the internet played a terrific part in that, and also a maybe a little bit more of a damaging impact. But for me, at least personally, it was at least the introduction to what non-binary-ness was, and I kind of put that label in my back pocket from about 19 years old.

What was it like sharing your gender identity online at first?

I think over like the last two years after stepping into and committing to that level of authenticity across all platforms, regardless of audience, regardless of what I was risking, monetarily… there was then no need to hold back moving forward, which was really nice. It did take like two years, none of this happened over night. I remember like panic posting things at midnight and forcing myself to go to bed and wake up to it like, ‘Oh, God, has anyone sent hate comments? Has my Mum called? Is she angry with me?’ But I started stripping away any parts of me back that felt so insincere [online]. I just thought, if I’m gonna walk the walk, I need to talk the talk. Because I can’t keep doing this, like half come out thing like, leg through the closet, it just wasn’t making me happy.

Has being non-binary presented any challenges for you working in the modelling industry?

I mean, as much as the industry is trying to champion people of all shapes, colour, genders and sizes, they’re just not, realistically. I think it’s terrific to see people at least committing to trying to change, I think that’s really lovely. But most modeling boards have men’s boards and women’s boards. That’s binary, that’s based on a presentation more than it is identification. Unfortunately, my agency being one of them, has a men’s and women’s board and I’m put on the women’s board. But it does just come down to the fact that it is still considered a novelty to have a non-binary person in campaigns because these businesses are more than happy to capitalize off queer aesthetics without actually doing any work for the community. You want to hire me because I’ve got tats and a mullet and a nose ring and I’m a they/them. But you’ll call me a woman on set. You’ll call me a girl on set. You’ll use female pronouns without even asking or checking. So again, you’re happy to make money off the vibe that I’m bringing to your shoot because I’m adding that level of authenticity, that connection to the community, that representation to someone like me to feel seen – but I wasn’t seen on set all day.

It wasn’t until I was shooting about three weeks ago, that I realised I had become so desensitized to being misgendered on shoots. It happens on 98% of shoots unless I know the team already and we’ve worked together before, or they follow me online.

Do you think you’d be antagonised for asserting your gender identity on set?

Here’s the thing;  you kick up a stink at a shoot, you don’t get re-booked with those people. It’s a word of mouth industry. It’s harsh, but it’s true. If I kick up a stink about [my pronouns] I’m the fucking social justice warrior snowflake who wanted to be called they/them. I’m the big white gay who couldn’t just get along to go along. I’m the one who had to fucking ruin the shoot vibe. These things come with consequences. Regardless of the validity of your complaint, if you were considered hard to work with, good luck. It’s an industry of everyone knows everyone. It’s the fashion industry. We all know that. We’re all aware of the nepotism that goes within the industry, but it works both ways. I’ve been put in the doghouse at shoots because I refused to get drunk on set. The second you avoid or reject compliance, you’re an inconvenience. Unfortunately, it’s become this conflated, twisted perception that the model is also the product, which is in a sense true, because you sell based on what the model is selling. However, just because the model is a product doesn’t mean that they are not a person, they deserve human respect. If you set a boundary, you then become a less easy product to work with. But it’s the modeling industry, they’ll just grab another one. They don’t need you.

Have you ever experienced any dysphoria while you’re working on a modelling job?

Oh, god, yeah. Dysmorphia, dysphoria –  just the whole fucking kit and caboodle. Being forced to strip in an entire room full of people, it happens constantly… and the other thing, obviously, like being on the women’s board, like that, instantly is just triggering in itself. Like, you know, I can do all of the self work and validation as I want, but it’s still any inaccurate label… all of those tiny little chips do carry some kind of weight.

What actions do you think the industry needs to take to be more inclusive of queer folk working as models?

I don’t think we’re gonna see any real progression until we start unpacking the binary of body shapes. It’s such a crazy thing to just assume that I can’t shoot traditional menswear because I’ve got tits. Realistically, in terms of fashion, binders exist, tape exists – it’s not hard to fucking put an undershirt underneath. If you really wanted to make it work, if you were really trying to champion, alternative states of beauty and different identifications, you can make it work. The problem is, no one wants to make the investment for gender queer people unless they have the credibility to take them down if you fuck with them. I’m not getting properly gendered onset because no one gives a fuck, because I’ve got 5000 followers. If it’s someone with 25k, they’re far more concerned about showing up for the queer community out of fear of cancellation. Not because they actually care. Not because they’ve done the education. Not because they’re worried about what I think and feel at the end of the day.

Honestly, I just can’t imagine how you expect to create an environment that is comfortable for gender diverse people when it’s cis people the having the conversation. How could you ever really as a cis person understand what it’s like to be like trans on set, as an example, until you actually have a conversation with someone who was trans? The questions aren’t being asked to the people who they need to be asked to. 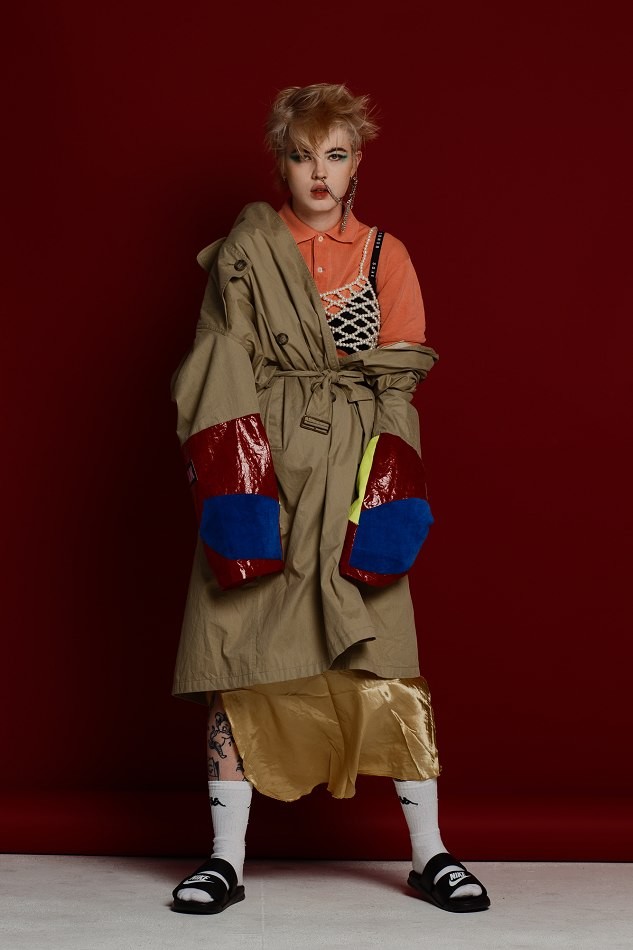