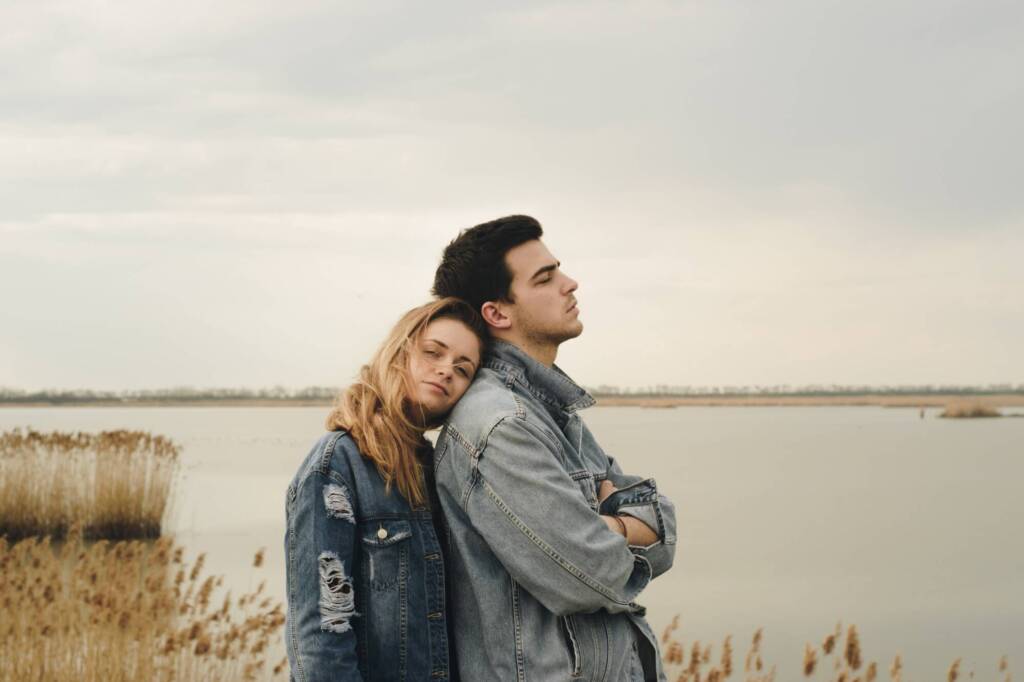 Having left an eight-year relationship at twenty-seven, my dating experience went from teenage trips to the cinema and getting picked up by my dad, to the lazy and comfortable date nights of a long-term relationship, to then being thrown into the world of online dating and thirst traps.

My life suddenly became a singleton’s playground of Tinder, Bumble and Hinge, and I quickly discovered how ill-equipped I was at navigating the waters of modern dating. I’m almost thirty-one now, and while my experiences have certainly been somewhat character building and have gifted my friendship group with many embarrassing but funny stories, I’m still just as baffled by the human male as I was before I’d been burnt by the boys of Tinder.

While the last four years have thrown up many dating disasters, there have been a few sprinklings of love in there and despite the endings and all the hurt that followed, when it was good, it was so damn good.

Still, I began noticing similar patterns within my failed relationships and issues that my single friends were also going through. I have always been an empathetic person. I’m super nurturing and I just like taking care of people, especially when I’m in a romantic relationship. I always knew I’d fallen in love when I wanted to make a man dinner.

I like these aspects of my personality and the way I express my love for my partners, but I’ve started to wonder whether it leads me to attracting the same types of men, with each relationship ending the same way and my self-esteem always taking a pretty devastating knock.

I suppose you could say I tend to attract emotionally unavailable men and as I write this, I can almost hear the screams of my sweet, ever patient friends as they read me state the obvious.

This certainly isn’t an excuse for me to bash a bunch of ex-boyfriends – despite one or two deserving it – and I don’t particularly think that anyone who’s emotionally unavailable is a fuckboy (or the preferred gender equivalent).

What I do think, is that there seems to be, in my experience and observation, a running pattern in heterosexual relationships where women are consistently picking up the emotional labor of men who have grown up in a society that hasn’t allowed them to openly seek emotional help or validation.

I have found myself, time and time again, pouring my loving and nurturing energy into a man I love, only to be broken hearted when they realise they can’t allow themselves to be emotionally available and pull the old “I don’t deserve you” line.

Further affliction to my heart occurs when I hear that, since my unintentional intervention, they’ve learnt their lesson, made their mistakes with me and are ready to settle down and commit to being emotionally available…to someone else.

Beyond my bruised ego and crippling insecurities, I don’t actually want my ex-boyfriends to live a miserable existence of singledom (promise), but I can’t help but feel like I’m the practice run for emotionally unavailable men and although the likelihood is that the same issues will come up in their new relationship (people don’t change overnight), it is hard not to take it personally.

My last relationship was certainly where I fell the deepest in love but from the moment I met him, it was clear that he had his own relationship issues, and it took a while for him to really settle into feeling calm about opening up to another person.

One of the reoccurring themes I’ve noticed with the men I’ve dated is low self-esteem masked with a cheeky disposition and I did everything I could to make him feel comfortable and confident in himself. When he felt bad about his job, I helped him with his CV. When his mental health was low, I encouraged him to find a therapist.

For the most part, I thought we were happy, but every now and then his anxieties would bubble over, and he’d shut me out. He said he constantly felt like he was going to ruin things between us, that he loved me so much, but it frightened him and eventually he decided he was better off alone, maybe relationships weren’t for him and that he didn’t deserve my love.

Nothing quite prepared me to find out he was living with someone else, a girl he’d mentioned in passing and laughed off as a thirsty fan, all but two months later. I felt that immediate hot surge of shame and self-hatred that I was just another practice run for a man who didn’t know how to love someone. I thought about all the effort I put in and now someone else was reaping the rewards of my hard work.

It made me question everything he had said in our very emotional, difficult ending. All the times he told me how much he loved me but that a relationship brought him too my stress. How he knew nobody could love him as much as I did but being alone was, in the end, easier.

While the cynic in me wants to write him off as another liar who found something new and shiny to play with, the romantic in me wants to believe that there was some truth in our ending, which was so raw, and thinks that in a few months those same feelings of panic and pressure will most likely bubble inside him again.

I don’t hope for that, though. I genuinely don’t want another woman, any woman, to feel the same crushing effects of his cowardice. I think he was afraid, probably still is afraid, and that makes people do cowardly things. Despite all his faults and inability to emotionally commit, I am choosing to believe he is the product of his insecurities and still, somewhere in there, is the man I fell in love with. Who was, for a while, my favourite person. Maybe that makes me a complete and utter fool for love, but I think I’m OK with that.

Of course, there is the question that leaves me in a cold sweat and on the verge of an existential crisis; am I attracting emotionally unavailable men or am I seeking them out? The horror.

You could argue that perhaps subconsciously I look for men who cannot or will not allow themselves to be emotionally vulnerable in some attempt at emotional self-harm or self-sabotage. Maybe I’m looking for the challenge, someone to fix and nurture because looking after myself in the same way is too difficult a job.

Perhaps I’m looking to make myself the practice girl because the alternative is going back into a long-term relationship and a future that I’m not sure I want anymore. Gulp. Here comes the existential crisis.

Whatever the reason, I’m certainly not blameless, I’m definitely not perfect, and there have been plenty of times in these relationships where I know that I’m putting in too much effort for someone who’s not prepared to do the same for me.

Still, I know that I don’t want to be the practice run for love anymore. I don’t necessarily know that I want the wedding, babies and retirement plan either, but I know that I want someone to be sure about me. I think people can change if they want to, that anyone can become more emotionally available if they’re willing to put the work in and I’m a pretty patient and understanding person, but I can’t beg someone to let me in again. It’s too hard.

I will always be an empathetic partner, but I no longer want to hold a man’s hand through the relationship and teach them how to be a boyfriend. I don’t want to be a mother, therapist, assistant and lover all wrapped up in one. I don’t want anyone to feel that way, that instead of being someone who was loved, they’re just a lesson that was learnt.

I have my side of the story and my ex’s will have theirs, and somewhere in the middle is what actually happened. While the God complex in me absolutely believes I will be their one that got away, all I can really hope for is that they’re treating somebody else better and that I’ll find something that fits me too.