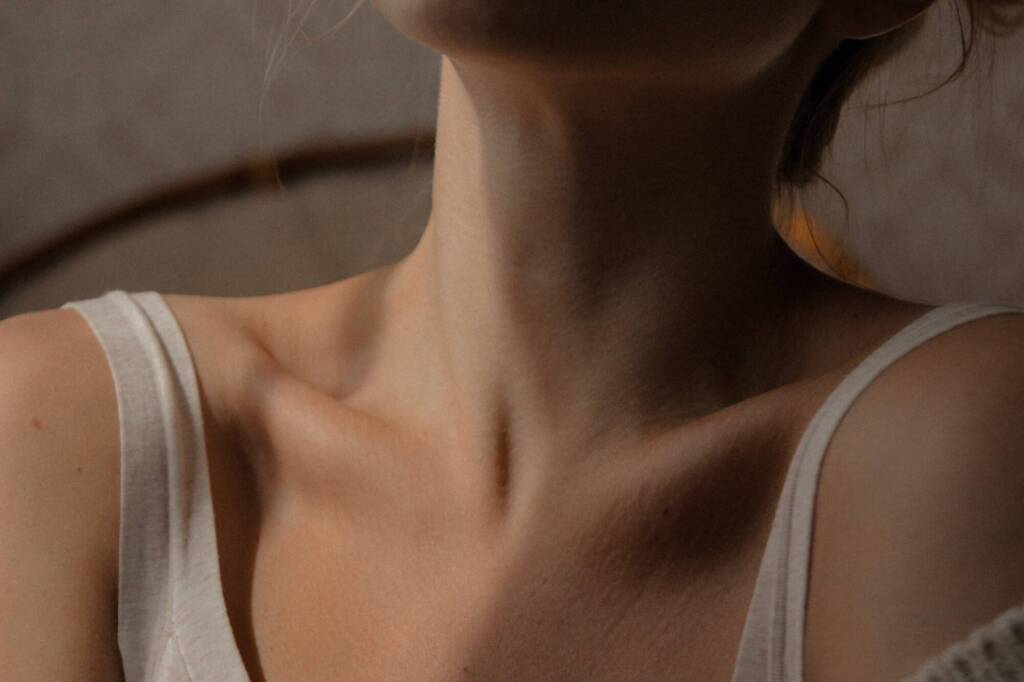 It’s hard to explain just how much your relationship with your body changes after you’re raped.

I’d never considered my body much. Occasionally I’d find myself wishing my upper arms were thinner, or that my boobs were bigger, or that I could lose the extra five pounds in my lower stomach – but for the most part, I had pleasantly neutral feelings about it on the whole. I knew I had great legs and a nice butt, and beyond that, I didn’t find myself thinking about my body much at all.

In a way I would never wish on anyone

In the way that

It wasn’t strong enough to fight him off

It shuddered and shook for days afterwards

I couldn’t seem to scrub it clean

I stepped outside myself and looked at it. I couldn’t feel myself inside of it anymore. I didn’t recognize it. It had become someone else’s. A separate entity. He’d taken it, shattered it, thrown it aside. And it had let him. It hadn’t fought hard enough, screamed loud enough. Cloaked in shame, it stood several feet away from my broken soul. It wouldn’t meet my eyes. I’m sure it could feel the helpless disgust burning through my face. The grief. The certainty that I would never know it again. That I would never accept it again. That it would never feel like mine again.

I felt nothing. And the despair I felt at feeling nothing was the worst part. I understood for the first time why people self-harm. I punched walls and floors and pavement in an effort to punish myself. Nothing made me feel – worse, better, anything. But seeing the blood on my knuckles gave me a sick satisfaction. Revenge. Because the useless hunk of flesh had hurt me first. Betrayed me.

They say time heals all wounds. My mind was changing and adapting, but my body wasn’t. It still felt like something I didn’t recognize. And I resented how difficult it is to be okay when your form feels foreign. Eventually the anger (the vicious ferociousness) dulled, and was replaced by a simmering loathing. I tried to change the way my body looked in the mirror – I dyed my hair, I got my first tattoo. I tried to form a connection with my body – I did yoga, I meditated. Each desperate tactic worked, briefly, at exciting me enough to forge a grudging respect between my body and the rest of me. But the respect never felt true. And it always faded.

I felt an immense grief at my new reality. As someone who loves to love, and has always had a very high libido, I became resigned to the fact that I would never again be able to feel sexy and safe at the same time. Men terrified me; I could barely make eye contact with strangers, and the idea of being alone with any one of them sent me into a panic.

And then, years after my rape, I met somebody named Will. Almost immediately I felt a dizzying sexual chemistry between us. It took my breath away. My blood, my youth rushed back into me with a fervor. He allowed his leg to brush against mine once, maybe twice, when we were seated on a couch.

I told my friend that I felt something with Will, that there was an energy between us. My friend patted me on the back with a “sorry, but he has a girlfriend.”

I worked hard, the next time I saw him, to avoid being too close to him. But I could feel his gaze burning into the back of my head, and when we sat in a circle of friends later that evening, he brazenly, boldly stared at me with a hunger in his eyes that I was not naive enough to misinterpret. I couldn’t believe no one else noticed it. I felt a bubbly warmth in my stomach – flattered, confident, thrilled, nervous in that exciting, nonthreatening way.

I could feel the giddiness linking me back together – mind, body, soul – but I knew I would never make a move on him.

I was in the hallway alone waiting to use the bathroom when the door opened. Will stepped out and without a word or a pause, pulled me to him and kissed me deeply, urgently, with more passion than anyone had ever shown me, and then broke away and walked back calmly to the group. I slipped into the bathroom and stared at my flushed face in the mirror. My breath was catching in my throat, a warmth was spreading south from my chest, my legs were unsteady, my hands were tingling, all of a sudden I could feel every part of my body as if it was on fire, as if it had been hibernating my entire life until that moment.

He and I engaged in an on-and-off tryst for a couple years following. It never went as far as sex, and I never initiated. I just didn’t always refuse him when he asked me to stay late after a group hangout. He and his girlfriend have since broken up for unrelated reasons.

I knew what we were doing wasn’t right. I felt a degree of guilt, but frankly, I had spent enough time punishing myself – and his wandering eye would have wandered with or without me.

I gave myself the permission to be selfish. To have what I needed, at that moment in time, without taking on the moral responsibility for a relationship that wasn’t mine. A freedom. A stringless attachment. Because he didn’t look at me with pity, or remark on how I’d changed. He didn’t see the worthlessness I’d long prescribed to my body. He couldn’t get enough of it. He revered it. He was willing to risk blowing up his life for it.

After going through a sexual trauma, finding someone I felt safe with, whom I felt desired by in a way that was not predatory – I understood how difficult that ask was. But it wasn’t with him. He made me feel like a human again. The relief that came from feeling my mind and body in sync when I was sure I would never experience that sensation again? I didn’t go looking for it, but I wasn’t going to fight it. Without him, I’m not sure how long it would have taken to refind myself.

It’s reductive as hell, but: sometimes life’s just complicated. Not every person you meet will make you feel safe. And those that do will not all be the right person for you. Sometimes the person who brings your body back to life is involved in something bigger than you.

And things changed after we ended things. I found my confidence again, felt comfortable in my sexiness. I stood up straighter, walked prouder, and eventually dipped my toes back into the dating world. My body wasn’t something I thought about every day. I didn’t hate it, or hurt it, or resent it. It just was. The day I realized that, I could have cried with relief.

Obviously, there are still times I feel frustrated about certain aspects of my body. It’s the normal kind of frustrated, the one that comes with being a woman in a patriarchal society. But at least I can say that it is my body again. That it’s a home again. Mine.