PREMIERE: Holding My Hands Out by Georgia Fields

By Ramona MagazineMusic, Premiere
No Comments
Georgia Fields · Holding My Hands Out

Ever-engaging and perpetually cutting-edge, we are so proud to premiere indie shapeshifter Georgia Fields bold new track Holding My Hands Out, officially released Friday June 17, which you can pre-save here!

“It’s a song about that primal desire we all have to be held. It’s about reaching your hands out for comfort, but grasping at shadows. From a songwriting perspective, I was inspired by the simple yet anthemic choruses of artists like Sarah Blasko, Weyes Blood and Sharon van Etten. I was also hugely impacted by the novel Islands, by Australian author Peggy Frew. There’s something about Peggy’s writing that cuts straight to my heart – I’ve found all her novels deeply affecting. Holding My Hands Out is partly written from the perspective of her character June, as well as June’s mother, Helen.”

Since emerging onto the Melbourne music scene in 2010 with her critically-acclaimed self-titled debut album, Georgia has continued to sonically surprise her audience. Her solo show sees the genre-defying trailblazer swap between electric guitar, vintage keyboards, and textural live looping. Georgia is also regularly joined by her 4- piece band of multi-instrumentalists, and frequently collaborates with the Andromeda String Quartet in an ethereal, art music / chamber folk crossover. In 2020, she launched Mother Lode: an online community for self-employed musicians who are mothers.

Now, Georgia sets her sights firmly on the release of her third studio album Hiraeth; a follow-up from 2016’s Astral Debris, which garnered airplay on Douple J, ABC Radio National and community radio nationwide. Inspired by the Welsh word with no direct English translation, Georgia’s new body of work explores “a profound longing for a home you can’t return to…the nostalgia/grief for the lost places of your past”. Holding My Hands Out is a salient snippet of what’s to come on Hiraeth, while ultimately offering Georgia the chance to turn her creative verve outward once more, as she concludes:

“The process of songwriting and recording is quite an internal one for me – so I’m really looking forward to shifting my focus; sharing this song with the world, and seeing how it connects with people. It’s a vulnerable feeling, but also quite joyful.”

Holding My Hands Out is out Friday 17 June. Hiraeth is due in November 2022. 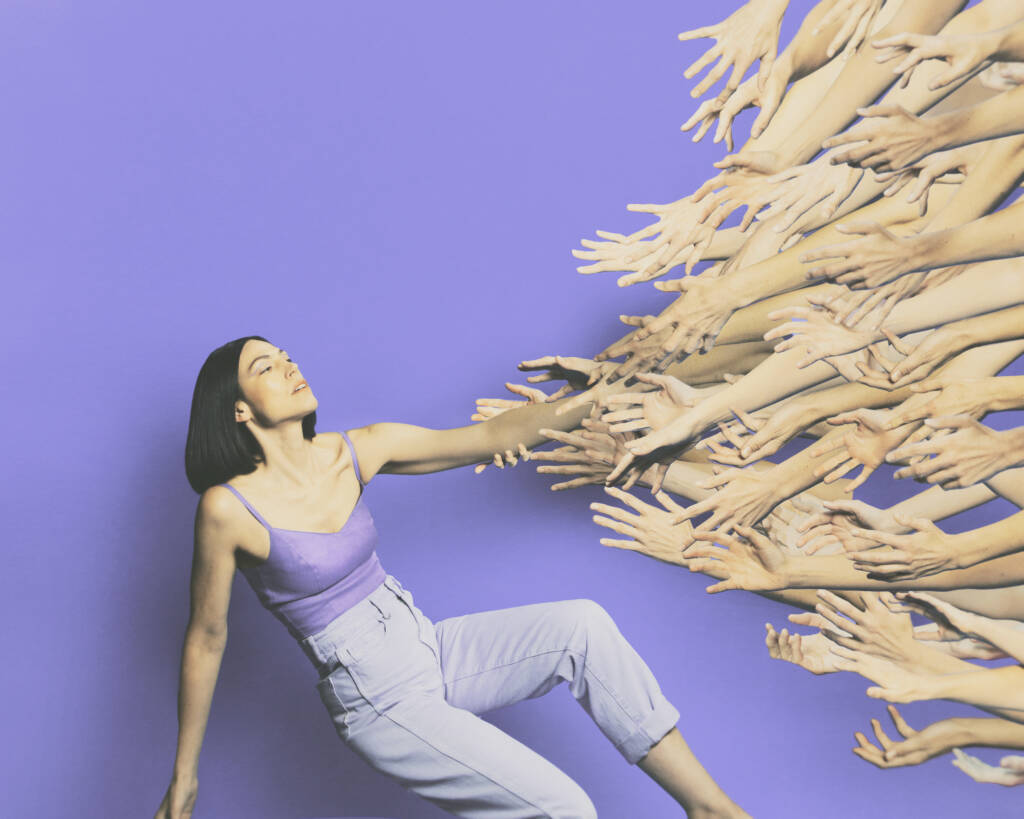