By Ramona Magazine29th July 2022Your Writing
No Comments

Home » How to Write a Book 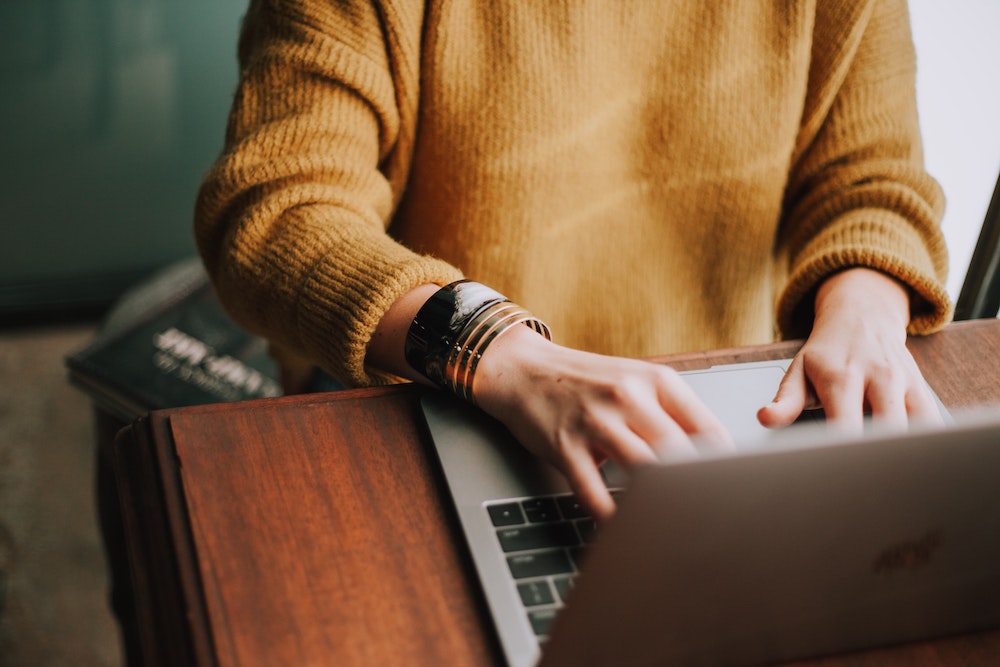 Previous Ramona contributor Jodie Matthews has recently signed a book deal with Harper Collins imprint, 4th Estate for her debut novel, Meet Me At The Surface.

Meet Me At The Surface is a page-turning, horror-tinged mystery and a moving tale of love and loss that explores dysfunctional friendships, fractured families, isolation and the experience of being queer in a small village on the windswept Cornish moors.

It tells the story of Merryn, who has grown up on the wilds of Bodmin moor, raised by her mother and her aunt in an old farmhouse. Here, the locals never leave the decaying village, fear for the future of their farms and cling to the folkloric tales that are woven into their history. Except Merryn, who has escaped to Manchester for university, briefly untethering herself from her past.

When Merryn returns home for the memorial service of her ex-girlfriend Claud, she finds the place stranger and more secretive than ever. The villagers are hunting something on the moors at night, but what? And then there’s the notebook, found in an old chest of drawers, full of long-forgotten folklore than seems to be linked somehow to Claud…

We asked Jodie to tell us a little bit about the process of writing her debut novel:

This is how you write a book: slowly, then incorrectly, then furiously all at once. The process of writing my debut novel, Meet Me At The Surface, was convoluted. It was the first time I’d ever attempted to write something novel length and linear, having previously written short stories, poetry and stream of consciousness thought-dumps that hidden in my computer documents forever more. At the beginning, nothing I did was logical. In February 2020, I started to write a story, set in the 1800’s. I scrapped it and started again, and then scrapped that version.

It wasn’t working, and for a while, I couldn’t work out why. All I wanted to do was write, but my story about a workhouse in the middle of England was doing nothing for me. One morning, I decided to give myself a break. I opened a fresh word document and wrote two thousand words about a woman travelling home to a farmhouse in Cornwall for a funeral, and finding the house wasn’t how she remembered it. Those two thousand words—only ever intended as a writing exercise—became the foundation for Meet Me At The Surface.

Finally writing about something that interested me, the words flowed better than I expected, and within a couple of weeks, I had twenty-five thousand of them. Then, my laptop decided to switch itself off forever, and I lost it all. I cried. A lot. Then, after a day of beating myself up for not backing up my work, I withdrew the last of my savings and brought myself the cheapest laptop I could find, the one I’m still using now. It’s metallic pink, weighs no more than an iPhone, and it crashes constantly.

Although I thought I was editing as I wrote, I was wrong. By the time I officially finished my ‘first draft’ of my novel, I’d already written and discarded three different variations. When I began to edit the second draft, I threw away tens of thousands of words (and when I say threw away, I mean I lovingly pasted them into a separate Word document so they could marinate. I am nowhere near as strong as Sarah Moss, who famously deletes each draft as soon as she finishes it), wrote thousands more and threw those away too.

At some point, the book moved from eighty thousand words to seventy thousand, and then up to ninety-five thousand before settling back down somewhere around eighty-eight thousand. Don’t ask me how it did this; I was either asleep or actively repressing the memory of the work. Two years on, and those early days of writing feel like they happened to someone else. I was (and still am) working full time as a gardener, in a physically demanding job. Each evening I would come home heat-rashed and muscle-tired, open up my word document and work into the night. Weeks would pass where I did nothing except stare at the TV and read other people’s books.

Perhaps unsurprisingly, the two best pieces of advice I got whilst writing were the most common ones: read your work aloud and stick it in a metaphorical drawer for a month. The thought of reading my own work, out loud, on my own, horrified me.

I printed out my book and began to read it, with a pen at hand. I can’t tell you how quickly those pages were covered in ink. I moved words around, crossed out whole sections, changed the length of my sentences. I read through 90 pages without a break before crawling to the kitchen for a glass of water and some blessed silence.

And then, I opened up my laptop and began to edit. Again. After that, I manged to put the book away for a month. I want to say it was will-power, but really, I just watched more TV and found it quite easy to forget the book existed.

When I finally reopened my word document, I printed it once more and read it through. And guess what? I still hated parts of it. I still carved into it with pen and put question marks next to at least one paragraph per page and often felt like binning the whole thing. But I also liked parts of it. Not many, mind. Just enough to feel like I didn’t need to throw my laptop into the sea.

So much of the process of writing a novel is repetitive. You write, you read, you edit. You write, you read, you edit. You look for ways to improve your work and you’re hit with a barrage of well-meaning but odd advice. The internet will tell you that you need a master’s degree in creative writing to sell a book, that you need to write every single day without fail. That you have to outline every chapter before you begin. Here’s what I suggest:

A year in to writing Meet Me At The Surface, after securing a mentorship with Tom De Freston, artist and author of Wreck, I entered two writing competitions: The Bath Novel Awards and the BPA First Novel Award.

In the most exciting summer of my life, I was longlisted and then shortlisted for them both, and I signed with my agent, Olivia Maidment from the Madeleine Milburn Agency. Suddenly, overwhelmingly, the book was a real thing. It no longer existed only on my hard drive. People were reading it. A year after that, I’ve signed a two-book deal with 4th Estate and Meet Me At The Surface will be published Spring 2024.