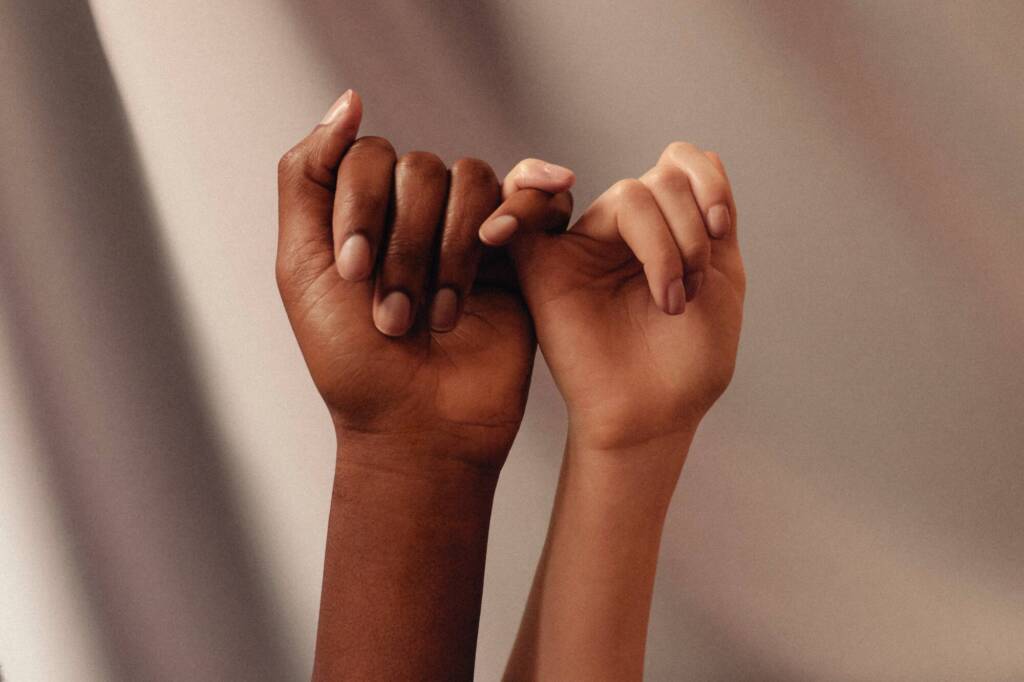 In line with Body Image & Eating Disorder Awareness Week, I thought I’d share my personal experience with Anorexia and Body Image disorder, in the hope that others can resonate and feel less alone.

When I was 13, my family went on a holiday to New York City. I was shopping at teenage girl’s dream store, Forever 21. I was so excited to buy new shorts to flaunt around the streets of New York City when I was told by a staff member that I would have to go into the plus size section to find my size.

Logically (and as an almost recovered woman now) I know there is nothing at all wrong with being plus sized, however at the time, I had internalised so much of the diet culture surrounding me that this triggered the insecure teenage girl who just wanted to fit into the ‘ideal body’ standards.

After hitting puberty in primary school whilst my friends were still carefree in their kid bodies, this moment in New York, further triggered my fragile state and was where I feel my eating disorder started.

I started by simply wanting to lose a bit of weight to fit in with society and my friends which I was continuously praised for with adults around me praising my motivation.

This was fuel for the eating disorder.

I thought I was doing the right thing for myself and my body, so I kept going. However, when I continued to lose  weight and began to get too thin, I was told I looked “dead” and “skeletal”, and that I needed help.

I restricted myself down to 500 calories a day and I micromanaged all my behaviours and thoughts. I never allowed myself to rest, I constantly weighed myself and body checked in every possible window/mirror around me.

Because of this disorder, I lost everything. My relationships with my family and friends were severely damaged and I couldn’t leave the house to socialise, and I became weak and felt completely worthless.

It took two years to be considered for help. When I was sick, and barely eating enough to survive, I started to attract a support network who recognised that I had disordered eating behaviours.

The misinformation around eating disorders has always been that someone is just “too thin”, or skips too many meals but it is so much more complex than that.

Because of the misinformation I was not taken seriously and had two years of practice in creating unhealthy habits and thought processes around food, exercise and body image. This is the case for many other individuals as well.

It shouldn’t have to be this way, it shouldn’t get to the point in someone’s eating disorder where they’re almost on their deathbed, to be accepted and recognised as a candidate for mental health support.

Eating Disorders are serious mental illnesses that take a toll on not only one’s mental health but physical and emotional health as well as their personal life.

According to Eating Disorders Victoria, “The number of people in Australia with an eating disorder at any given time is estimated to be around 1 million, or approximately 4% of the population.”

And this statistic continues to grow with the impacts of the pandemic and social media.

Eating disorders come in all shapes and sizes and we need to educate everyone to know the signs of disordered behaviours and to act early. Research shows that those who have responded to signs early into their eating disorder, are more likely to achieve full recovery, benefiting the patient and their family, as well as the overwhelmed health system.

Research from the Butterfly Foundation shows that:

– One in three people think eating disorders only impact teenagers

Here are some behaviours/situations that most likely reflect an eating disorder:

– not being fully present

Eating disorders can be quite embarrassing for some people too. I know in my own experience, I didn’t want to tell anyone because then all of my obsessive behaviours around food would come to light and still to this day, I fear that people think I’m weird for being so obsessive over food and exercise.

This is due to the myths that society has created around eating disorders, reducing the seriousness of the mental illness.

More research from the Butterfly Foundation shows that:

– One in four perceive disordered eating as a sign of weakness

Thanks to Eating Disorders Victoria and in honour of this year’s theme, Know the Signs and Act Early, they have provided suggestions on the best ways to approach someone you suspect has an eating disorder:

“Communicate – Be calm, honest and open about your concerns for the person. The longer someone lives with an eating disorder, the more physical and psychological damage will be done, and the longer it will take to reach a point of full recovery.

Before speaking to the person, it is important to think about what you would like to say to maximise the chances of a positive conversation. Use your knowledge of the person to decide the best way and time to approach them. You may find it helpful to role-play your conversation with another person or role-play your approach in your own mind.

Assure the person you are talking about it because of your genuine care and concern, rather than coming across as making accusations or judgements.

Avoid using labelling or judgmental language – Focus on the person’s behavioural changes rather than their weight, food consumption or physical appearance. For example, you might decide not to use the words ‘eating disorder’ or ‘bulimia’ but to talk more generally about moods, behaviour, isolation and your concerns about them.

Choose a time when you are both feeling calm and are unlikely to have any distractions. Pick a safe and comfortable place, and try to avoid raising it before, during or immediately after a meal.

How they might respond – Be prepared for their emotional reaction, which may be one of anger, denial or relief:

Anger – the person may feel angry at their privacy has been threatened, that they have not been able to deal with the eating disorder on their own or that they are embarrassed or ashamed.

Relief – the person may feel relieved that someone has noticed and offered them support or help. If the person is truly endangering his or her life by their eating habits, family and friends may need to insist that professional help is sought.

Seek help – Encourage the person to seek professional help. The first port of call will usually be a GP, as they are best placed to provide and diagnosis. Reassure them that you are there to help and support them and they are not alone in their situation. Encourage them to seek support from the people in their life who love them, such as friends, family or parents. Encourage the person to think about the benefits of a life without an eating disorder.” (Eating Disorders Victoria)

If you are someone that is suffering or have a loved one that needs help, please don’t hesitate to ask for support, the sooner you get help, the sooner you can get your life back.

If you feel triggered by any of this, please contact the following support services below:

And if you or someone you know is in severe crisis please call one of the following:

The Pill: My Journey On and Off