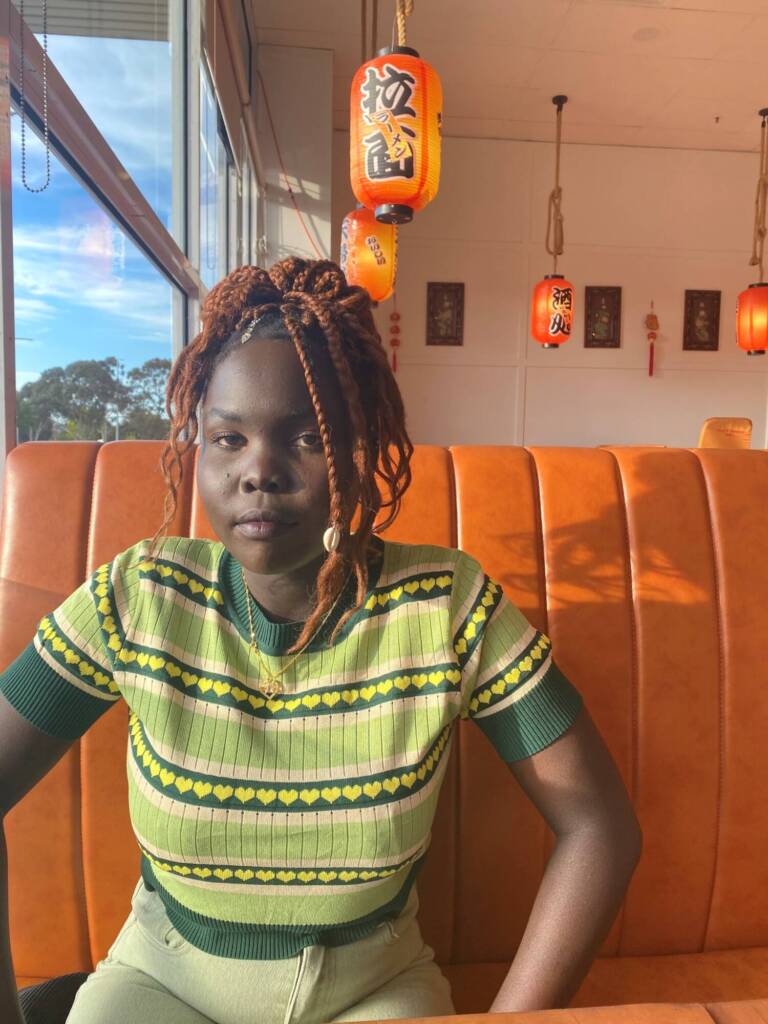 As a first-generation Australian, settling and planting roots in a place when one descends from a long line of shifters, fighters and survivors is something that I’m still figuring out.

You can’t look to your parents to make sense of the adopted culture in which you now live, it’s as unfamiliar to them as it is to you, and their wisdom of the place is something yet to be formed. You can’t look to the culture of the place you reside, with which you have no deep history, to make sense of who you come from. But it’s that same culture that subsequently ever shapes you once a relationship with it is established.

What happens for most, like me, is that gaps and disparities form, between the two cultures as they battle in the making of the malleable and growing identity and the separation of the first-generation Australian from his or her parents and all those who came before them. In its essence, you must build an identity from ‘everything’ – from borrowed information and stories, from homelands that no longer exist, forgotten faces; and at the same time from nothing at all. In the balance of this forging, there’s shedding and dismantling that also occurs, of an array of invisible things that one may not even know have been passed down to them from mother to daughter, father to son.

I purposely challenged myself to write Hopeless Kingdom through the interchanging perspectives of mother and daughter – to understand and essentially place myself and walk in the shoes of the mother, of my mother. I composed the first draft when I was twenty-three, during a time in my life when I was understanding the woman I was becoming by looking at the woman my mother is. Studying the intricacies of our relationship inspired and allowed me to look at the relationship of the mother and daughter in the story from a birds-eye view. To delve into their deepest emotions, and see how these characters who share so much can be so different and yet bound by the same invisible things.

At the stage in the story where the young family who have sought refuge in Egypt after fleeing their home country Sudan, are settling in Australia, Akita is six years old, and her mother Taresai is in her early thirties. As it unfolds, you follow the two as they grow with the years and travel from place to place. But it isn’t until Akita is in her adolescent years that she begins to pick apart her hill of burdens, much of which isn’t made up of her creation but rather passed down from her mother and their matrilineage. While she does deeply struggle with this, Akita, unlike her mother and grandmother, is cognisant of the worries that swell within her. The trauma that becomes Akita’s to deal with is still invisible to her, but the time and the place she is growing up, award her the privilege, freedom, and the ability to find its traces. Trauma that is deeper than the colour of the skin, from generations of abuse, displacement, instability, of running without the promise of tomorrow, and surviving in fear.

Readers start to see this unaddressed generational trauma manifest itself through Akita by the expectations laid upon her from childhood, how it swells and gets heavier with time, and at a point becomes something she does to herself. The pressures to ‘be better,’ no matter what, and the belief that suffering is an enormous and inevitable part of life. Although the relationship Akita has with her mother Taresai is loving and at most times, honest, because of all that is unsaid between them, and Akita’s capacity to see these wounds and scars that her mother can’t, distance begins to grow between them. Leaving Akita to grapple with things without asking for support and Taresai at a loss with how to raise a daughter who is becoming increasingly unrecognisable to her for reasons she can’t place.

Throughout her journey, readers see Akita begin to build walls around herself and harness an unyielding nature, one that is forged from generations past rather than one that develops over time. It’s that same nature she sees her mother possess in the face of adversity and hears stories of her grandmother channelling. It isn’t until Akita begins to reach a place of contentment, a place where things for her settle, that Taresai is given the space to intentionally look within and begin scratching the surface of her own trauma and deep wounds.

You get the sense that with each generation, Adele, the grandmother, Taresai the mother, and Akita the daughter, there is a resistance instilled in each woman to defy whatever it is that attempts to crush them. With each generation of these women, there is a smaller load that holds each back. If you were to look at the relationship between Taresai and her mother Adele, you can see how Adele’s unaddressed trauma reflects itself in a way that is very similar to her daughter. Subsequently, Taresai has an ‘Everest’ of trauma that she both consciously and unconsciously unravels on her journey. It’s because of this that only a smaller portion, a ‘hill of burdens’ – if you will, of that trauma sees itself in Akita; and Akita, as her mother’s daughter, the eldest daughter of two migrants, is the decider that this cycle of trauma ends with her.

For a large portion of our migrant mothers and fathers, who’ve spent their lives on a constant path forward to survive, no wading through, even if it means skin is broken by the obstacles, an opportunity to slow and be still doesn’t often present itself until they are into their 50’s. When they’re given the space and time from their now grown children, to slow, unpack and process a lifetime’s worth of trauma, losses, of battles, and victories.

The time for us first-gen Australians is now. 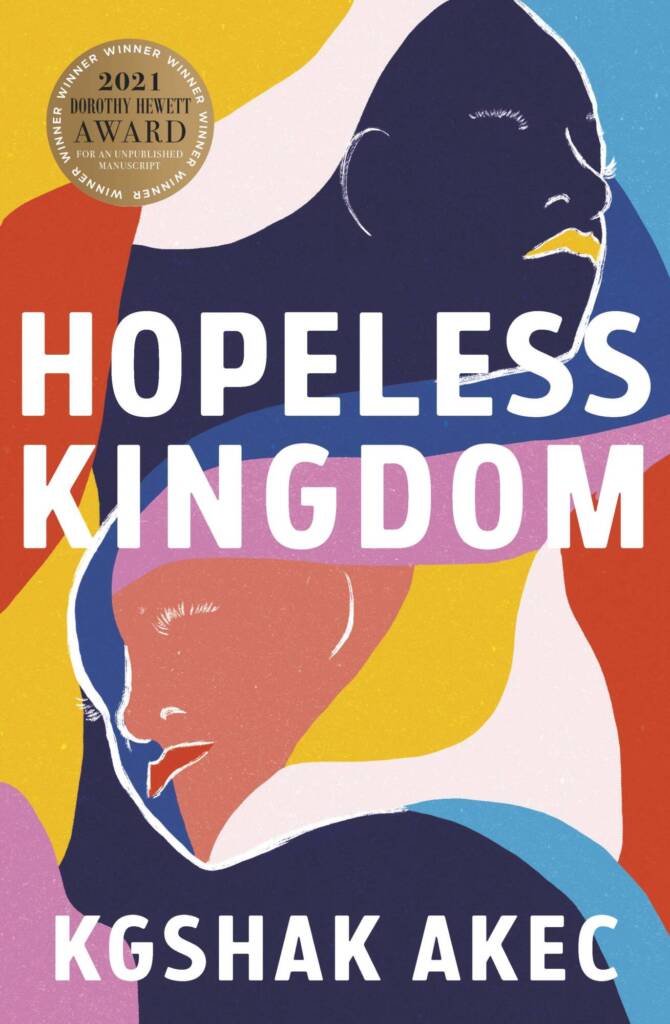 Kgshak Akec is an award winning author and actor at Somebody’s Daughter Theatre Company. Her debut novel, Hopeless Kingdom is available now online and in all good bookstores. You can follow her at @kgshak on Instagram.