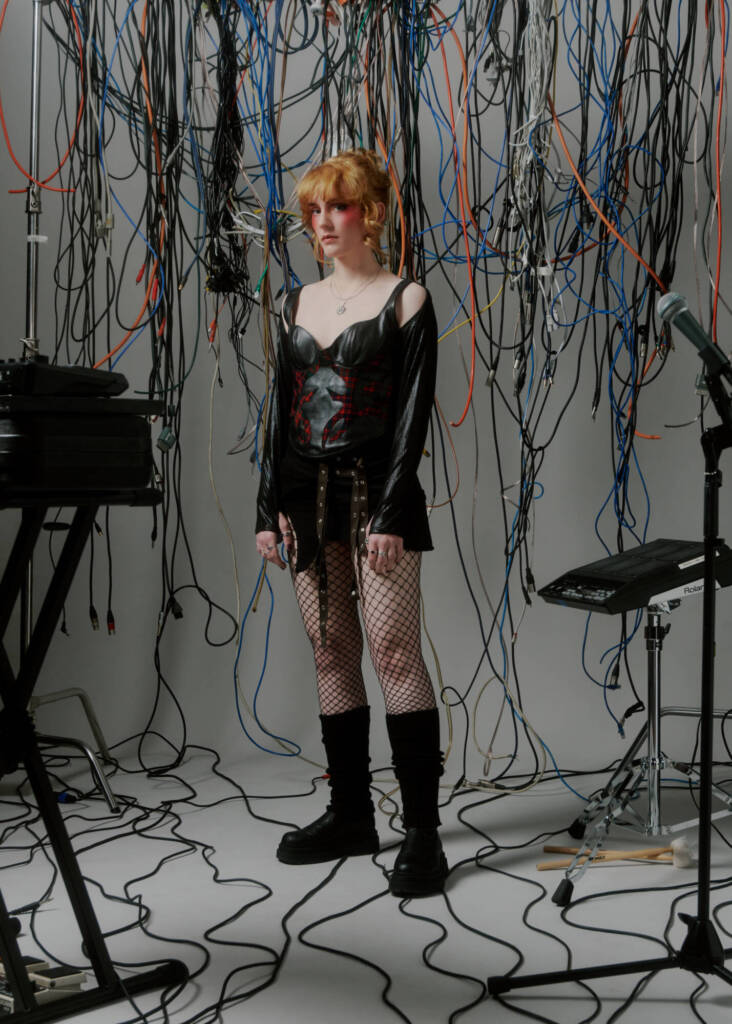 Every Sunday as a child, my parents took me to a wholesome community house-church. It was a small group of people who congregated there – usually ten or fifteen max – and to a seven-year-old who didn’t understand the message of the minister’s talks it mostly seemed like an excuse for singing and snacks.

As I approached high school, though, my parents started to get nervous about my future. My dad wanted to ensure I was starting on a path towards university, and my mum wanted me to continue growing up Christian, so the decision was made that I would go to a local co-ed Christian high school.

The religious flavour to this school was much more obvious than it had been in my early church experiences, and this was clearest during sex ed classes. I distinctly remember one class in year 8 where, at the start of the session, a teacher passed around a plate of Tim Tams for each student to grab as a snack. One or two of the Tim Tams had bites already taken out of them and, of course, everyone left those ones alone. This turned out to be a metaphor: don’t have sex before marriage because if you do you’ll end up as the bitten Tim Tam that nobody wants.

After making some closer Christian friends in high school who all went to the same church, I convinced my mum to switch our regular Sunday place of worship. Our new church was the type of establishment that often gets labelled as “charismatic”. It was similar to the evangelical churches in the US that pop culture likes to meme on: there were altar calls where people would speak in tongues, laugh hysterically, and sometimes fall to the ground, overcome by the power of the Holy Spirit. It was very intense but it instilled a real sense that we were part of something powerful and great. We were told that a powerful force loved us and that we each had a purpose as a direct result of that love – it was intoxicating. There was an ‘us against the world’ feeling which existed in a strange paradox alongside the urgent message that we should be sharing the love of God that we were experiencing with the rest of humanity (because otherwise they’d burn in hell).

One night I went to the church’s youth group with my best friend and the subject of the youth sermon was the demonic realm. The pastor handed around fliers detailing symbols and pastimes that could usher evil spirits into our daily lives. Tarot cards appeared on the list alongside Pokemon and playing Dungeons and Dragons. At the time I happened to be wearing a t-shirt with a cartoon version of John Lennon on it doing the sign of the horns (🤘), which also appeared on the handout. I quickly buttoned up my cardigan to hide it.

At the start of my last two years of high school (which are called “college” in Canberra where I grew up) I moved to a public school that offered the International Baccalaureate (IB) qualification I wanted to achieve. As part of the IB I took a class called Theory of Knowledge, which was essentially a philosophy course. In the first class the teacher instructed everyone who believed in God to stand on one side of the room, and everyone who didn’t to stand on the other. I shared the believing-in-God side of the room with one other girl, and everyone else headed straight to the atheist wall. The teacher then asked us to argue our positions, and since the other girl on my side was very shy, I was left stammering out an embarrassingly under-developed defence.

After this experience I went back to my Christian high school in search of better arguments to defend the worldview that was giving my life purpose. I asked questions of my teachers and my friends, but I was met with unsatisfactory answers and, at times, derision. Slowly I began to fall away from religion.

I was still questioning my beliefs when I started university in Canberra, so I geared my degree around courses that let me investigate world religions and their history. I also committed to reading the Bible in full – something I’d never done before despite the fact that my beliefs were supposedly all drawn from it.

At the time when I was chewing all this over in my mind I felt hesitant to call myself an atheist because science was never my strongest suit and saying that I knew God didn’t exist felt like I was arrogantly claiming I understood the full scope of reality. This is honestly something I still grapple with. But it was ultimately my detailed reading of the Bible that pushed me away from Christianity.

I filled up a notebook with specific questions I had at each stage of reading the Old Testament and most of them were variations on “why did God command the deaths of those innocent children?” God creating humans in a certain way and then consistently punishing them for behaving according to their natures seemed illogical, not to mention cruel.

Leaving the church left a void of meaning in my life as well as creating distance in my closest relationships. But, slowly, I learned to fill the void with the music I make, and built new relationships on the firmer foundation of a mutual interest in what people can achieve through a combination of their own drive and support from others.

I have a few friends who are also ex-Christians and we’ve been able to encourage each other in working our way out of the toxic thought patterns the church instilled in us. It’s a long-term project – sometimes so long-term it feels hopeless – but one that definitely feels more achievable having other people to do it alongside.