Interview with Will Cuming (AKA LANKS) by Freya Bennett 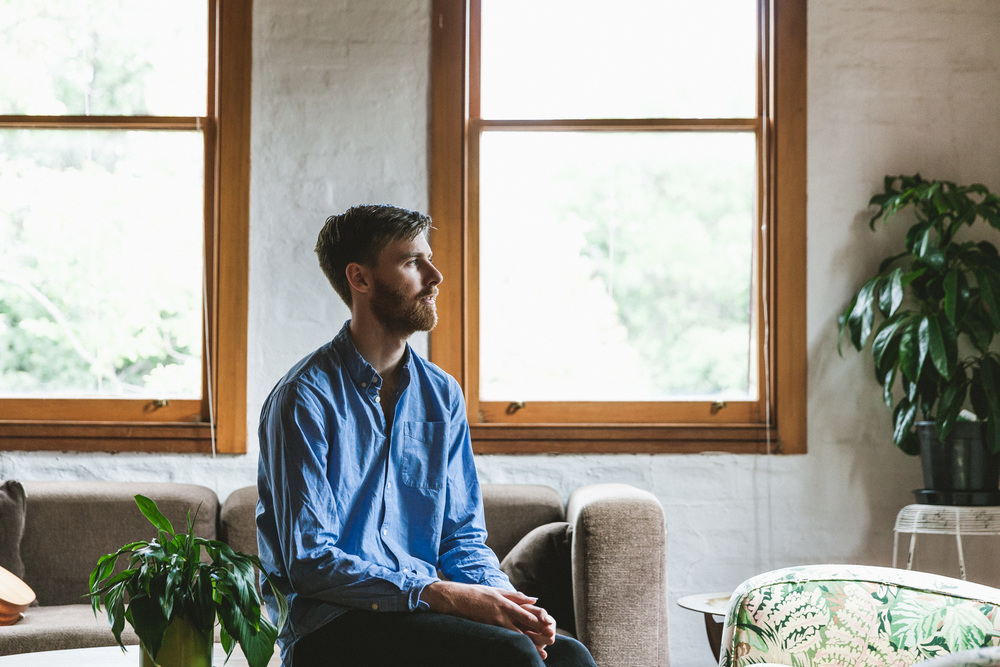 LANKS is Melbourne singer-songwriter and producer Will Cuming.

In unusual style, LANKS’ songs evoke folk storytelling within the framework of electronic music. What links the songs is a natural narrative – drifting through tales of vengeful samurais, desert bandits and the lonely deep sea, to the suburban mundane – lost love and daydreams of paradise.

Hey Will, How are you?

What city do you call home?

Tell us a little bit about LANKS.

I had some free time in late 2013 when the members of my other band, Farrow, were busy recording with one of their other projects Eagle and the Worm. With this extra time, my housemate Will Devereux, who is a visual artist/designer, started a blog with me and did a challenge to do a piece of work every day for a month and post it on our blog.

From those roots came the sketches that eventually became the first LANKS EP, which I started releasing material from in 2014. I had very little plans at the time but it has grown really quickly from there, so we’ve had to learn fast.

Last year you released your debut EP Thousand Piece Puzzle, tell us about the process of creating an EP.

The process of creating it I outlined in the last question but to add to that, I had a really steady creative process and output at that point because of the continuity I was imposing on myself and so it was a very natural, flowing piece of work. It was all written in a month and at the time I had just started getting really into anime films and was watching some Tarantino films and various other things that were really inspiring me and blowing my mind, so I had lots of ideas to put down.

The promotion of the record starting in February 2014 when I put out the first track, Rises and Falls, and really just involved me sending out emails to lots of blogs and building a network of people who I could talk to and who liked my work enough to write about it. Bloggers are the

most amazing community and without them I wouldn’t be anywhere near where I am, so I am very grateful to those people.

What is coming up for LANKS this year?

Lots of stuff! The new EP, Banquet, is out on July 3rd and East Coast tour in July, and there are lots of other things coming up for later in the year, but I might keep them on the down low for now. You’ll have to wait and see!

What has been your proudest moment in regards to the new EP Banquet?

Probably just the support that I started receiving on the last single, Hold Me Closer. That was really amazing how much people were prepared to share it and write about it and connect to it. My proudest moment however was probably when I knew it was complete. I have poured a lot of time and energy into this record, and I tried to make something really unique and push myself creatively, which I think I did.

What is your process in regards to writing a song?

The most important thing is just to have time, or make time. Try out lots of ideas until you like one, then add to it and put other things with it. A full painting starts with a single brush stroke.

There are no rules, and others might write very differently to me, but most importantly, just write as much as possible and if you get stuck, change something, give yourself restrictions and strangely enough it will open your world. Try writing a song with 2 chords, or based on one rhythm, or have no chords at all, or only vocals. Anything goes, try things out and be prepared to fail, that’s okay.

When I listen to your music, I feel like I am taken on a journey into a story, do you have this aim when you are writing lyrics?

It’s definitely a big theme with me. I love stories and found that lyrics started to flow easier when I really embraced that element. And just try to be honest about your experiences or be empathetic to other people’s experiences. I often write about people around me rather than myself. It’s very humbling.

What advice do you have for young songwriters in regards to lyrics writing?

I think you should approach it the same way as you would when learning anything. Read lots of things and other artists lyrics and find the ones that you like and work out what you like about them. Then try and learn what techniques they are using and try to add them to your palette of colours. And then just do that a lot, and write lots and lots of lyrics until you find ideas you like. Ira Glass has a great little monologue that you can see on youtube where he talks about making art, I suggest everyone watch it.

You also created your very own music video! What made you decide to venture into film making as well?

I needed a video! But I have always loved film, and wanted to try out ideas so I just gave it a shot and I was really happy with the result. I am just putting finishing touches on my new video clip for Settle Down, which I made with my designer/art man Will Devereux. I really love doing film stuff and hope to continue that more in the future if possible.

What is the most challenging thing about pursuing music as a career?

It’s hard to make money in the learning phases. In more traditional paths like Medicine etc you study and then get a job immediately that pays you while you learn. Musicians generally have to work something mostly unrelated while they hone their craft, which is a real challenge.

What is the most rewarding thing?

When you create something that you’re proud of. And also, when someone tells you that your music made a difference in their life, or was the soundtrack to part of their life or something.

What advice do you have for people wanting to pursue music?

Work really hard. And try lots of ideas out. Oh and most importantly, don’t be a dick. Be empathetic, we’re all in this together.

What was the first instrument you played as a child?

I played a tiny bit of piano as a little kid, but I got serious when I started learning flute at the age of 10.

Do you think your experiences as a child led you to the career in music you are now experiencing?

Absolutely. My dad would improvise with my sister and I when we were 4 years old on the piano, so we learned that music was fun and creative before we started taking it seriously. That is key to it I think. Also – my grandma is a visual artist and has always been a huge influence on me, she is 85 now and still is more prolific than any artist I’ve ever met, such a great influence.

If you could give your 15-year-old self some advice, what would it be?

To be honest, I’m happy with where I’m at now, despite it taking a bit longer than I expected, so I wouldn’t want anything different. However, if I had to, I would tell me to go on a gap year when I finished school and allow myself some time to grow up a bit, because I think 18 was a bit young for me to go to uni, it was a bit overwhelming at the time.

What would you like people to know about the process of creating music?

It’s fun, but it’s hard, and us artists to pour our heart and soul into this work, so if you like it, please support the musicians you love, because they aren’t making nearly as much money as you might think. For real.

Blue. Everything seems to be blue.

What was the last song you listened to?

If you could have one superpower, what would it be?

To be able to ‘save’ life, like a game. So I could try something out and if it failed I could ‘load’ back at the last save. Too nerdy?

Behind the musician that is LANKS, you have a team that is mostly female. Who are the important women in your life and how have they influence your music and success?

There has been a lot of talk about gender equality and opportunity in the music industry in the past, and I think it’s great that the discussion is taking place. For me personally, almost my entire team (management/agent etc) are women and I have always been surrounded by strong female figures in my life, so I never really understood how it could be a problem. My sister is my manager and is incredible at what she does, my grandma is an incredible visual artist and has been a very big artistic influence on me, my mum is a very hardworking, intelligent lady and my girlfriend of 5 years is the editor of a magazine and is just the smartest person I know. She is creative beyond anything I could ever do. These people have all been hugely important in my life, as well as other male role models. It’s important to have lot’s of supportive people around you to learn from, and I am grateful and incredibly fortunate to have them.

Just one thing? I dunno, maybe find a way that the whole world could eat for a year without having to kill any animals so they can regenerate and we can stop eating all the tuna left until there is none. I am not vegetarian, I just want my great grandchildren to be able to enjoy sashimi. It’s great.

Where can we hear more of your beautiful tunes?

You can pre-order the new EP on iTunes, and you’ll find all the other stuff there too.

Do you have any final words for Tigress readers?

I hope you all have a lovely day and remember to follow your passions but work really hard at them, cause nothing comes easy, and why would you want it to? boring. Oh, and don’t be a dick.

Lanks is going on tour! To check if he is playing in your town, follow this link.