In Conversation with Montaigne

Interview of Montaigne by Elise Braun 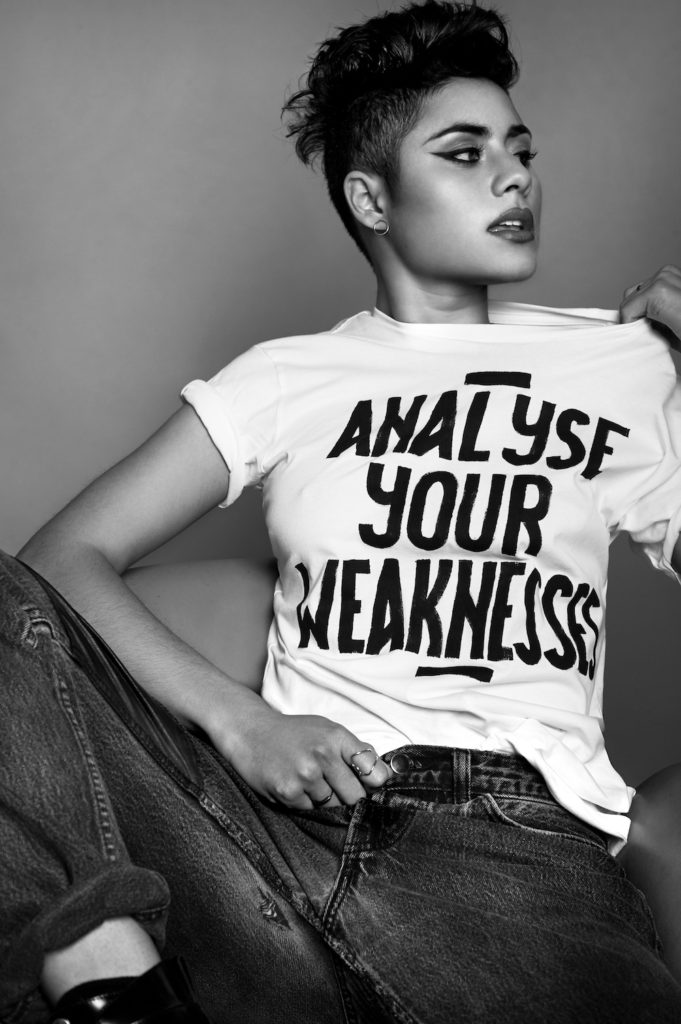 How do you describe Montaigne? I asked her, and she suggested, “inquisitive vegan human.” Others have described her as spunky, avant-garde, and talented beyond her years. We at Ramona think she’s pretty swell.

Montaigne, a.k.a. Jessica Cerro, first gained our attention in 2012 as a finalist in Triple J Unearthed. Since then, Montaigne has supported fellow Australian acts San Cisco and Washington, released a string of catchy, authoritative songs, and completed her debut tour. Following the recent release of her debut album, Glorious Heights, Montaigne is set to tour the country this month.

I caught up with her to chat about her new album, the collaborative process and misheard song lyrics.

Well, thanks for asking.

It’s been nearly four years since you were a finalist in Triple J Unearthed. How have you evolved in that time both personally and artistically?

You know, new life experiences, new people, new music, lots of new stuff in four years time. It’s all made me more confident, smarter, wiser, sillier, more sceptical, stronger, probably. And the new music has changed my ideals for my own music. My songs are a little more fun and 80s and sarcastic in tone. It’ll probably change by the next album. I know it will, really. I mean the album itself isn’t really sonically consistent. I’m varied so my art is. Art imitates life.

What music have you been listening to recently?

Lots from my Discover Weekly playlist on Spotify. I’m really into Dreller too. He sent me some of his unreleased demos and I’m really into those, as well as the released stuff. Also listening to Destroyer right at this moment whom I have just discovered and who is really cool!

Your track “I’m a Fantastic Wreck” is a unique powerhouse of a song. Its follow-up, “I’m A Fantastic Greg,” was equally wonderful. Do you have any other experiences with fans mishearing your lyrics?

All the time. I don’t enunciate very well. No one knows what I’m saying in the chorus of the titular album song, “Glorious Heights.”

How was your experience working on your debut album Glorious Heights, and collaborating with Tony Buchen?

Pretty fun. Tony and I did the EP together so we’re very familiar with each other. We also, until now, were close neighbours. I babysat his kids last night. We fell back into the creative dialogue we have with each other very quickly and easily. Writing was easy. Pre-production seemed relatively straightforward. We’re just very good at being creative with each other.

Your latest single, “Because I Love You,” is both upbeat and heartbreaking. How much of this song is fact and how much is fiction?

What can we expect from your Because I Love You tour?

Music! And me there. With my band. Maybe a nice costume? Fun times.

Aside from music, what are you passionate about?

Finally, what advice do you have for Ramona readers?

Find out what things make you feel most confident and then keep them constant in your life! Confidence will help everything! For me, it’s having short hair, having an athletic frame (grew up playing sports and being in shape so it feels wrong to be any other way), wearing my makeup in a particular way, wearing pretty much nothing but traditional Docs for shoes, wearing sports bras instead of regular ones, wearing collar shirts, etc. etc. This is all very externally based stuff you may notice. It is because I am quite centred in my values, but the way I feel on the outside determines how expressive I am of those values. The inner is most important, but feeling right on the outside helps you to convey to OTHERS what you’re all about. People, sadly, can’t read our minds. And we live in this world with people. So it’s important.

Often, inner conflict can arise from external misrepresentation too! So identify and then change the things you need to (IN A HEALTHY WAY) in order to restore balance to yourself. And make sure you are yourself! It’s one of the tritest sayings going around, and easier said than done, but you gotta be yourself. Be influenced by your heroes, but know that you are not them because they are them, and what you are is unique and good.

Her Because I Love You tour kicks off on September 13. Find out more at http://www.montaignemusic.com.au/.