Trump: Toppling Gender Equality Progress One Tape at a Time

Writing by Sophie Law // Illustration by Miranda Millen // The presidential race has done nothing if not foster a serious conversation about how far we have come in society to eliminate gender inequalities. 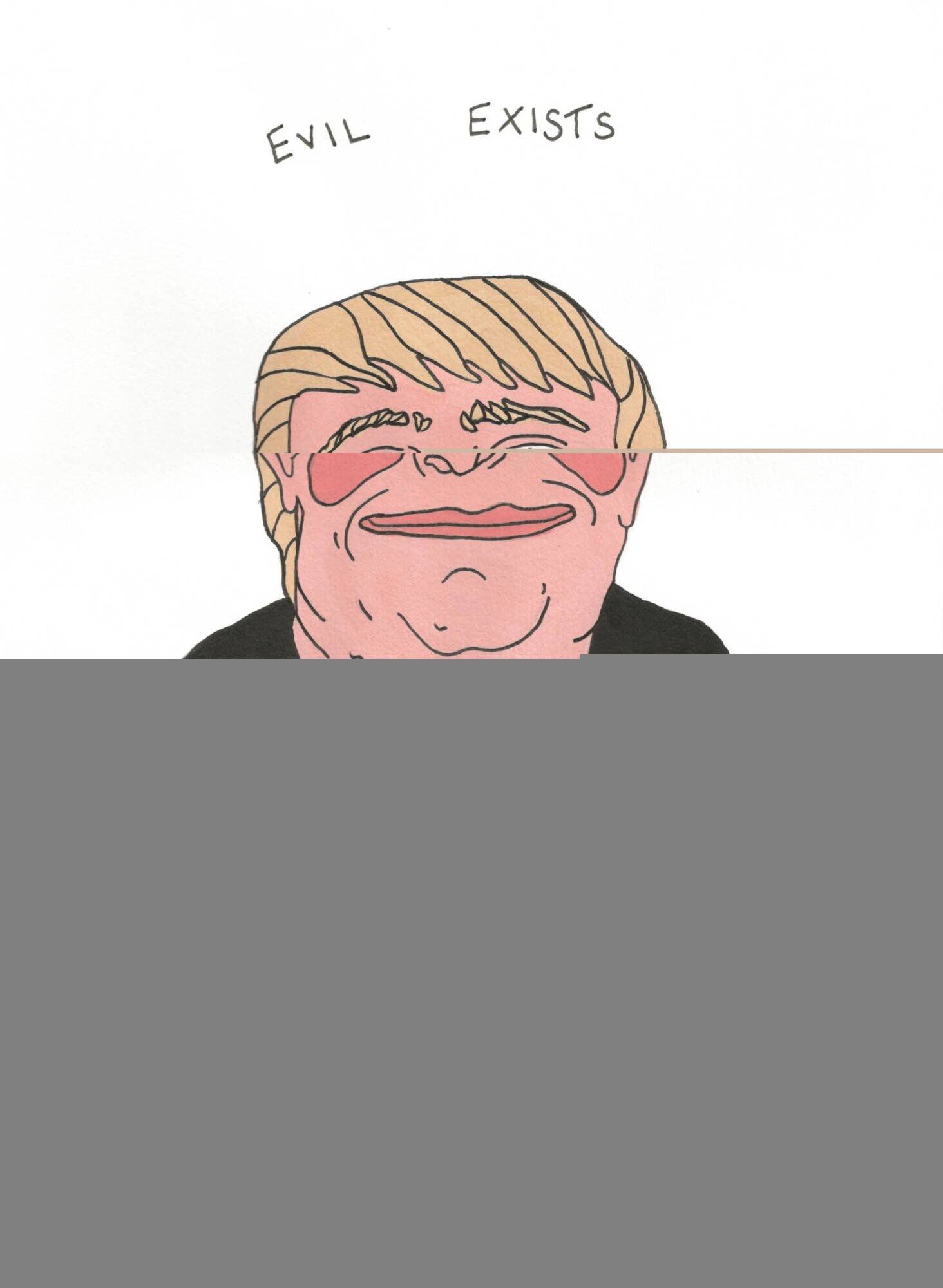 The revelation of the tape where Donald J. Trump is recorded having a crass and misogynistic conversation about women, involving mentions of sexual violence, surfaced this week.

The fury over Trump’s presidential candidacy only grew with his statements in the fallout—ranging from the claim that it was all “just locker room talk” to “nobody has more respect for women than I do.” Personally, I felt disgust, resentment, and above all, worry.

While we certainly have a ways to go, it’s no question that 2016 shows a more equal United States than a century ago. We have come so far in our understanding of sexual harassment (however casual)—and our lack of tolerance for it—in Western countries. The wider acceptance of feminism is a great cultural achievement, and one that is growing by the day.

Never before has gender played such a significant role in a presidential election. Before Hillary Clinton, only men have ever become the official party nominees. Gender frankly just wasn’t discussed much at all. The race between Clinton and Trump is different. Gender has been a crucial theme; a pattern; a recurrent verse.

The new footage of Trump has inspired women to stand up to sexual harassment and share their experience on social media. Canadian author Kelly Oxford responded to his comments by sharing her first experience of sexual harassment on Twitter with the hashtag #NotOkay. She tweeted: “Women: tweet me your first assaults. They aren’t just stats. I’ll go first: Old man on city bus grabs my ‘p***y’ and smiles at me, I’m 12.”

The response she received was immense, with hundreds of Twitter users sharing their experiences of sexual assault. She later tweeted: “I am currently receiving 2 sex assault stories per second. Anyone denying rape culture, please look at my timeline now. #notokay”

A man that so casually talks about sexual harassment in a society that is, in great part, trying so hard to overcome it is terrifying. Among a range of other concerns, college campus rape and sexual assault are a huge problem in the US and many young women are forced to drop out of school as a result of the backlash they have received for reporting their sexual assault. How can we expect to obliterate rape culture with a man who believes he can kiss and touch a woman in any way he desires just on the fact that he’s famous? His comments—both within the footage itself and the ones that followed—absolutely epitomise rape culture.

Trump makes jokes out of women as if they are a commodity, the fools of the punchline. Brushing it off as “locker room talk” is Trump’s way of justifying his actions—his way of saying “all men do it” and it’s all in good fun. In other words, “boys will be boys.” To suggest that every male talks in such a derogatory way behind closed doors in the safety of their own company is both ignorant and deeply insulting to all male allies. So is Trump saying that this is normal behaviour, that this should be normal behaviour for all men? Sexual harassment is not normal or acceptable, and we cannot accept it as such. We all know that not all men commit sexual crimes. Not only has Trump made a fool out of women, he’s made a fool out of men too.

One particular remark made by Clinton remains poignant: “I think it’s clear to anyone who heard it,” she said, “it represents exactly who he is”.

The presidential race has done nothing if not foster a serious conversation about how far we have come in society to eliminate gender inequalities. Based on Trump alone, it’s not far at all.