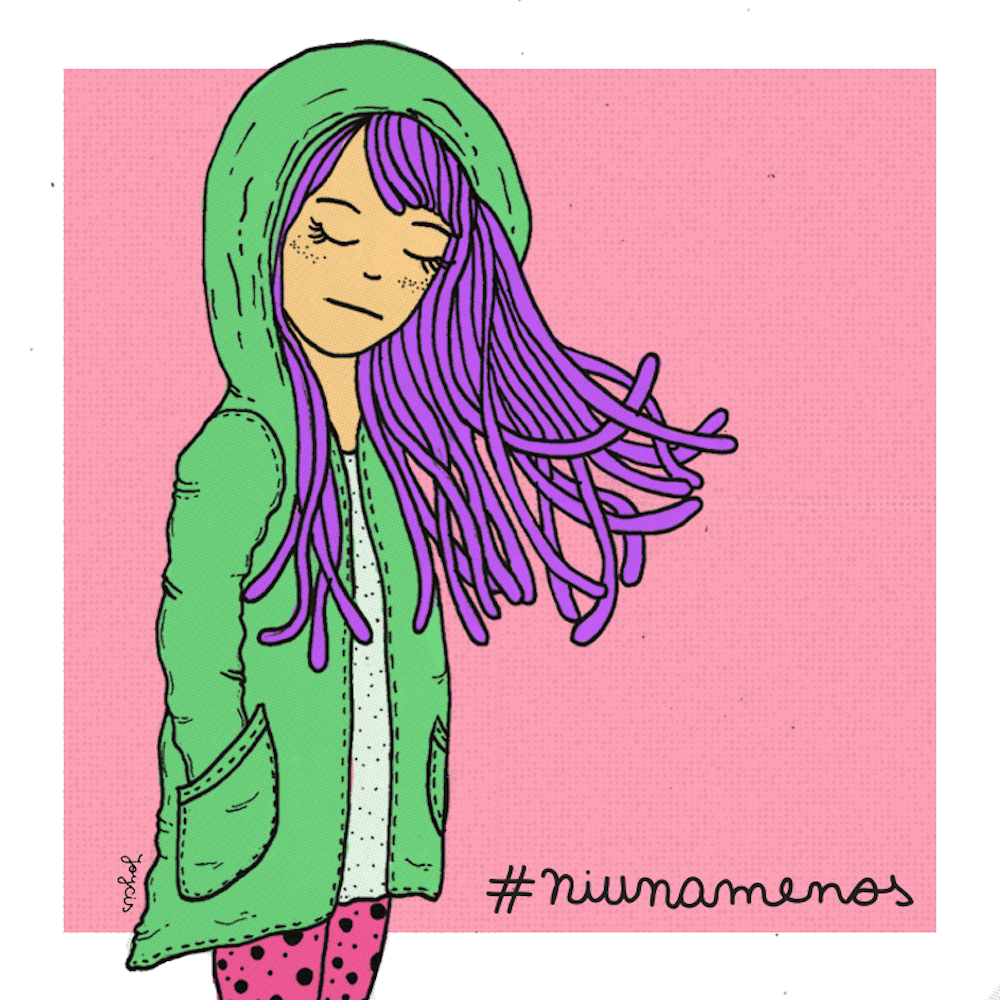 On October 19th, Argentinian women took to the streets to stand up for ourselves. We shouted and sang, holding banners and dressed for mourning, asking men to stop murdering us. We went to the streets to denounce any form of machismo (male chauvinism) as an accomplice to the facts.

On that day we demanded Ni Una Menos (“No Woman Less”) for the second time this year, and we also carried out the first national women’s labor strike in the history of our country.

Protests spread out throughout Latin America: women in Chile, Bolivia, Mexico, Uruguay, and Peru embraced the cause screaming out loud, “We want us alive” and “Stop killing us.”

The brutal murder of Lucia Perez this October was the last straw. A 16-year-old woman from Mar del Plata went out to meet two guys and ended up dying in a hospital. Cause of death: cardiac arrest due to impalement. Machismo revealed its worst side, sexually assaulting and torturing a teen woman to death.

The awful truth is that all women are potentially Lucia; all women could end up raped, burned alive, tortured. Because in my country, there’s a femicide every 30 hours. In my country, a woman is killed every day for the single fact of being a woman.

Physical abuse is the most visible edge of the symbolic violence we have to endure every single day: our average wage is lower than men’s, our rights are not equal to men’s, and most of our complaints remain underestimated and unheard.

This month to date, 19 women died due to femicide in Argentina. Here, and in many places around the world, women live in fear. It’s a strange fear because it doesn’t show itself at first sight, but you can tell it by the way we move and act. We live in fear at every step; we live in fear of men.

It’s a kind of fear that grows inside of us from childhood, passing on from mothers to daughters: “Do not get in the car with a stranger,” “do not talk with people you don’t know,” “do not let them get too close to you,” “do not accept any food or drink from those you don’t know.” We think about crossing the street when a man comes walking towards us and there’s no one around. The threat is always present.

In order to understand what Ni Una Menos means, neither gender, sex, or nationality are exclusionary. What’s exclusionary is to realize that we live in a patriarchal culture, portrayed and reproduced by both men and women, that puts women in a position of inequity compared to men and has far too many violent consequences on our actions, on our possibilities, on our opportunities, on our bodies, and on our lives.

Let’s distinguish between insecurity, murder and violence and femicide, gender violence and abuse. Let’s shout all together: Ni Una Menos, WE WANT US ALIVE!

Gretel Müller is a 29-year-old journalist and copywriter from Argentina, born and raised in Patagonia and now based in Buenos Aires, where she started a career in Social Studies. Ever since her high-school years, she’s been a passionate advocate for equality and women’s rights, having written in several newspapers, sites and blogs on both political and social issues. Gretel is also part of an Academic Research team about popular culture, gender and fan studies. She chooses her bike over any other mean of transportation and loves strawberry mint ice cream. You can follow Gretel on Facebook, Twitter or Instagram: @gret_m