Review by Lachean Humphreys // The details rendered in Cline’s writing are infallibly real but with a whimsical, romanticised taint of recalled memory. 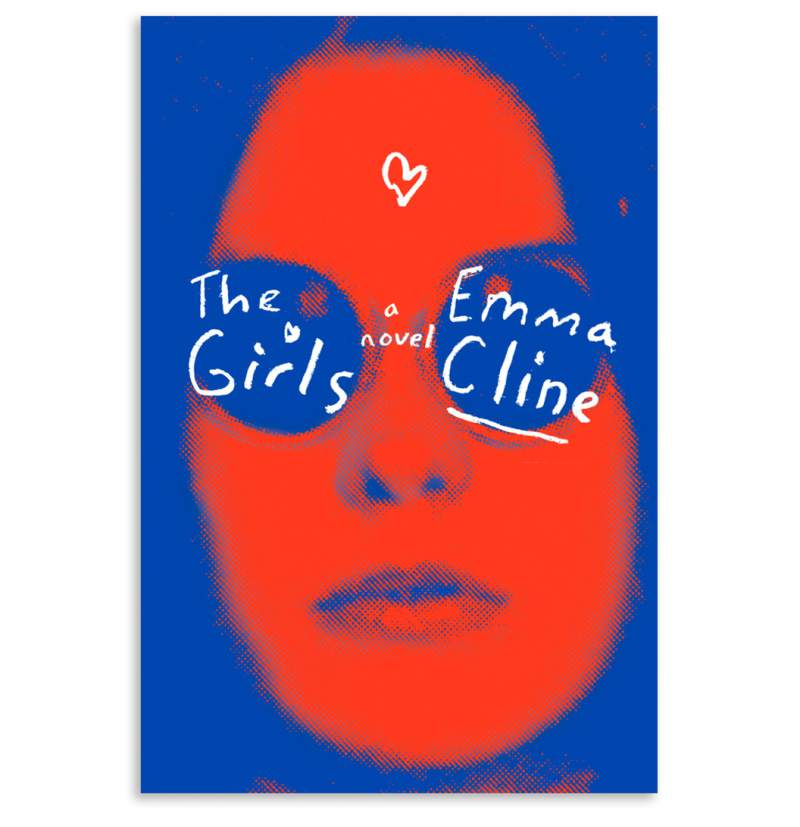 Evie Boyd is the girl we all know or remember being. The book starts with a flashback – an illusion to the regret, the horror, to come. The story she takes us on starts with hot, barren, teenage boredom. The summer is intense and so is teenage-hood.

Cults and communes are ripe literary territory, and Emma Cline’s debut novel The Girls–loosely inspired by the Charles Manson affair–explores this theme with gusto. It’s an exciting and disgusting mix of anarchy and squalor. It’s an introduction to sex, mingled with an introduction to drugs, the zest of anti-capitalist and anti-war sentiment, free love and in the end, violence.

Self-scrutinising throughout, the story runs in parallel: narrated by Cline’s fictional protagonist, the middle-aged Evie, looking back at her 14-year- old self in Los Angeles in August 1969. She takes us through an acute account of teenage love, but more than that, total infatuation.

Evie sees the girls for the first time dumpster diving. She watches hungrily their tanned skin, long hair, and unkempt clothes. She covets their air of freedom, their rawness and irregular beauty. When she speaks to them, she notices their constant use of the pronoun ‘we’. The girls take her to their ranch and into their world.

Evie becomes more and more estranged from her school-age best friend Connie, with her “whines and feints, the grating laugh that sounded, and was, practiced”. It’s a blunt contrast to the serene, older girls.

Her family relationships become more strained. The ranch is her escape from and punishment for her mother, a serial dater since being left by Evie’s father. She describes her mother’s “desperate optimism” and “devout labour” over her dating appearance. Evie’s mother embarrasses her.

Evie’s relationships, and the relationships she observes, are painfully relatable. The details rendered in Cline’s writing are infallibly real but with a whimsical, romanticised taint of recalled memory.

It’s in this that Cline really excels; some sentences are so well crafted they’re painfully good. They’re the type you want to read and read again – incredibly visual and explicit in detail.

Take the first time we meet Guy, a resident of the ranch: “The boy smiled, raffish, and I tried to smile back. He was young, his hair long and dark, a medieval droop to his face I took as romantic. Handsome with the feminine duskiness of a cinematic villain, though I’d find out he was just from Kansas.”

Cline revives these unusual, sour words – think about raffish and duskiness – to both describe characters and to add description to the ranch itself. These words have a dirty, disheveled tinge. They paint the grossness of a hovel with the mystical allure of bigger, ideological reveries and thoughts.

In this setting, Cline paints barren, apathy and nihilism like a virtuoso. She recounts Hippie Hill, a local haunt, through Evie’s sensory feelings: “It was grayed-out, and drizzling, empty, except for the undead stumbling of junkies. I tried hard to squeeze out a vibe from the air, but there was nothing…”

Russell is introduced with less physical focus, but loses none of his description as a result. The people around him vie for his attention; they’re desperate for it, gripped by gaining his approval and notice. Evie’s early encounters are captured in exactness by Cline. Russell says her name “with intention and surety”, makes it “smooth” and “valuable”.

But the story’s ultimate love affair centres on Evie’s feelings toward the first of the girls she saw that day at the dumpster, Suzanne. Swishing dark hair; lingering, sexually charged eyes; a confidence that draws Evie to her; and a defensiveness that keeps her at arms length. It’s this infatuation that is ultimately being explored by Cline.

As Evie experiences the ranch, she comes further and further from her ordinary high-school life, her family, and her school-age friends. Until she realises the ranch, Russell, and these ideas aren’t as magical as they seemed. They’re flawed and twisted. In the end, they’re dangerous.

So, why does Cline choose to write on such a famous case? This isn’t as clear as her near-faultless descriptive prose.

Current, middle-aged Evie is staying in a friend’s beach house. The girlfriend of this friend’s teenage son, Sasha, is obviously a reminder of Evie’s own teenage-self. She’s trying to impress, trying to be loved, trying to understand a complex mix of disgust and awe, love and guilt.

Yet Sasha – and the story – suffers for her underdevelopment. Her cringe-worthy, desperate-to-please behaviour around her boyfriend and his friends is evidently comparable to an earlier scene with Evie, as she struggles to impress her school friend Connie’s older brother and his friend.

But otherwise, Evie’s reason for looking back is tenuous. The link between 1969 and present isn’t as a strong as it could be, which makes it slightly forgettable as a narrative.

But for what it lacks in lingering meaning, it makes up for by being a heart-achingly good read while you’re reading it – nearly every page holds a sentence, a turn of phrase, an atypical word, that will stop you in a good way. It’s a debut novel, and I’m excited to see what Emma Cline writes next.