Who are you?: Regeneration, Gender, and Doctor Who

Writing by Natalie Harman //  Gender was never addressed as another point of variation during regeneration in the classic series of Doctor Who. Off-screen was another matter. In 1980, after announcing he was giving up his role as the Fourth Doctor, Tom Baker added: “I wish my successor, whoever he or she might be, the best of luck.” 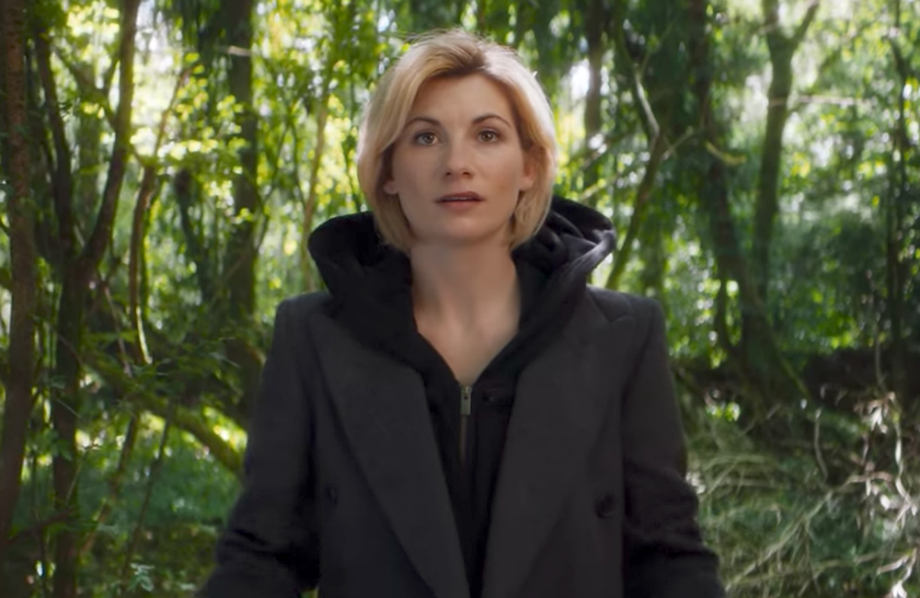 Mulan was one of the few films I repeatedly watched as a child. I now know the moral of this masterpiece is about allowing others to see and appreciate you for who you truly are. At the time, though, I thought it meant being a boy is better than being a girl. Clearly, I hadn’t completed my English degree yet. Rather, after one rewatch I remember going outside armed with a curtain rod, twirling it around as though I was fighting invisible soldiers and singing “I’ll Make a Man out of You” under my breath.

This imaginary battle seemed to foreshadow the real battle I faced in my adolescence: liking women, not men. Yet all the women I knew liked men. I figured to get them to like me instead I needed to be male. I cut my hair short. I replaced any hobbies that were even slightly feminine with masculine ones. I lowered my voice. I dumped my perfect boyfriend because he wasn’t a woman. I did Manual Arts.

I was first introduced to Doctor Who by a friend. Through Rose Tyler, Doctor Who was the first show that taught me I could be feminine and masculine and remain a woman who is loved even more for her complexities.

And it was the news of the female Doctor that has compelled me to binge-watch Doctor Who.

In case you’re new to the series, I’ll start with how the female Doctor came to be in the first place.

The Doctor, the lead character of Doctor Who, is an alien known as a Time Lord. All Time Lords have an ability called regeneration. When Time Lords are dying, regeneration allows them to transform into a new form with a different physical appearance and personality. Regeneration has occurred eleven times throughout Doctor Who to introduce a new actor to portray the Doctor.

Throughout the series to date, The Doctor has always appeared to be a human. However, at the end of “The Parting of the Ways”, the Ninth Doctor speculates that his new form could have “two heads”, or even “no head”. Almost like a punchline in the very next episode, the newly regenerated Tenth Doctor checks that he has two arms, two legs, and two hands. This implies regenerations can sometimes result in physically deformed or non-humanoid forms.

Gender was never addressed as another point of variation during regeneration in the classic series of Doctor Who. Off-screen was another matter. In 1980, after announcing he was giving up his role as the Fourth Doctor, Tom Baker added: “I wish my successor, whoever he or she might be, the best of luck.” Although Baker’s comment was tongue-in-cheek, then-producer John Nathan-Turner saw this as an opportunity to create speculation. Sydney Newman then recommended to Michael Grade in 1986 that “at a later stage, Doctor Who should be metamorphosed into a woman.” Yet he stipulated that they ought to “avoid a flashy, Hollywood Wonder Woman because this kind of heroine with no flaws is a bore.”

Conversely, in the revival series of Doctor Who it has been established on multiple occasions that Time Lords can regenerate into Time Ladies. During “The Doctor’s Wife”, the Eleventh Doctor reminisces about the Corsair, an old friend and fellow Time Lord, who had switched gender several times. Similarly, in “Dark Water/Death in Heaven”, it is shown that the Doctor’s arch nemesis, the Master, has become Missy. In “Hell Bent”, the Time Lord General regenerates into a younger woman, and states that her previous incarnation was her only male form. In “World Enough and Time”, the Doctor uses Missy as an example to explain how Time Lords come from a universe that is well beyond the gender norms and stereotypes of our own. Female Doctors have also been portrayed in Doctor Who spin-off productions. Joanna Lumley played the Thirteenth Doctor in the 1999 Comic Relief spoof “The Curse of Fatal Death”, and Arabella Weir played the Doctor in the 2003 Big Finish audio drama Exile. Unfortunately, these explorations are not canon. From “The Doctors” onward, Jodie Whittaker will portray the Thirteenth Doctor, the Doctor’s first female incarnation.

Fortunately, the majority of Whovians are as delighted as I am that the speculation on and off-screen has become a reality at last. A great deal of us are united by our recognition that children—the young and the young at heart—need to know there is a role model out there for them who transcends gender norms and expectations regardless of which era or universe they currently reside in. And we simply love seeing kick-ass females in the media we consume.

However, some Whovians remain opposed to the idea of having a Time Lady instead of a Time Lord. These negative responses can be categorised as follows.

Firstly, there are those who respond with hyperbole: “Doctor Who deserves to be cancelled!”; “My childhood has been ruined!”; “I’ll never watch again!”

To those I say I’m grateful to see such bigots remove themselves from the fan base of a show with a protagonist that has always been a warrior for social justice.

Secondly, there are those who respond with a resistance to change: “It’s always been a man.”; “Boys won’t have a role model now.”

Thirdly, there are those who respond with concern over the issues the Doctor would have to overcome as a woman: “How will the Doctor’s gender affect their relationships?”; “Which pronouns do we use now?”; “Will gender dominate her characterisation?”

To those, I say the writers of Doctor Who have rarely resorted to gender-centric sub-plots in the past, so why would they start doing so now? And if they do, what’s to be feared by some good ol’ social commentary anyway? This question reminds me of how I felt when I saw Wonder Woman on the big screen for the first time ever responding to many aspects of humanity I had simply taken for granted. My feelings toward this are best summarised by Marcel Proust, who once wrote in The Prisoner:

Having said all that, there are a myriad of Whovians who fit into a different category altogether. Unlike the previous sub-categories I have mentioned, I can’t dismiss these fans viewpoints as misogynous or otherwise archaic. These are people who do not see themselves reflected in the revolution. To them, I want to apologise. I know firsthand how television shows such as Doctor Who can become personal sanctuaries, and changes like this can encroach upon that.

… now, if you’ll excuse me, I have some major binging—I mean, beholding—of Doctor Who to resume.