Writing by Lily Amos // Photograph by Chiara Cappetta // You don’t need a manic episode to go within to find the courage to change your expectations–that’s just what did it for me and made me appreciative of how my brain works sometimes. Look inside and see if you have anything you really want to change but are too scared to. 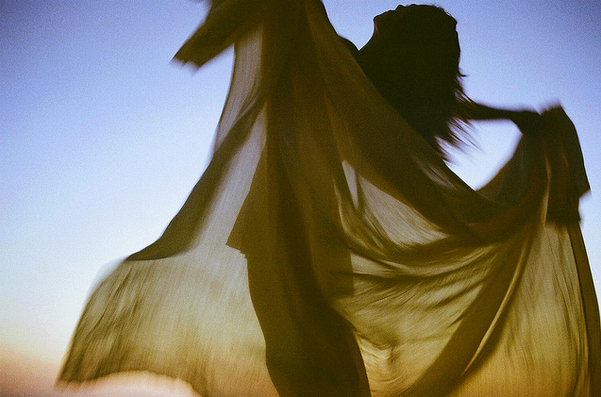 I’ve spent the last six months of my life having to deal with the weight of this word as I also tried to cope with the weight of all the expectations that were placed on me, mostly by myself. Societal expectations get stuck in our head but where do they lead us? To dead end jobs and relationships with the same person over and over again? This can leads to sadness and for some, a deep dark pit of depression, and that’s where we tend to lay, hungover, and dejected. This is how I was feeling before my latest episode of mania.

My most recent manic episode had me doing cartwheels. At the time, I had no idea why I was behaving this way exactly. After some education, I learnt it was supposedly because my chemicals were out of balance because I hadn’t been sleeping enough. But how could I sleep enough, when there was this whole world to explore? There were so many things to learn and oh gosh, so many people to call! Calls are always better than texts anyway I believe and manic me believed this even more. Where my usual weekly calls consisted of calls to my parents and grandparents, manic me called more people in one day than I usually do in a week.

The lessons my mania taught me could not have survived if not for the clear contrast to the depression which I define as stagnation (I have Bipolar which consists of manic episodes, depressive episodes and some grace time in between).

While I was manic I made two major decisions that turned out to be some of the best ones in my short life. One was the decision to dye my hair purple and the other was to take time off university.

Taking time off university has so far been an amazing experience. Even though I had always wanted to take time off to figure out my real passions, I had always been too fearful–full of the expectations I was placing on myself and that society had been sneakily placing on me since day one. I worried about how things would work out. I thought I would end up “degreeless”, career-less and ultimately homeless.

By no means do I condone that all decisions made while manic or psychotic are sensible, there were many ideas I had during this time that I would never follow through, but in this case I learnt to do what I really wanted, and to begin to have faith in this thing called life. I was able to actively practice self love and give myself the time and the chance to explore, create and dream.

Sometimes we just need to be reminded that we can change our expectations, we can change our minds and ultimately we can change our lives. And that’s what my mania did for me. That manic episode gave me a whole new lease on life, so I could choose to be where I wanted to be, not where I thought I should be. And hey, I may just end up going back to uni, but I know for certain I won’t be the same person.

You don’t need a manic episode to go within to find the courage to change your expectations–that’s just what did it for me and made me appreciative of how my brain works sometimes. Look inside and see if you have anything you really want to change but are too scared to.