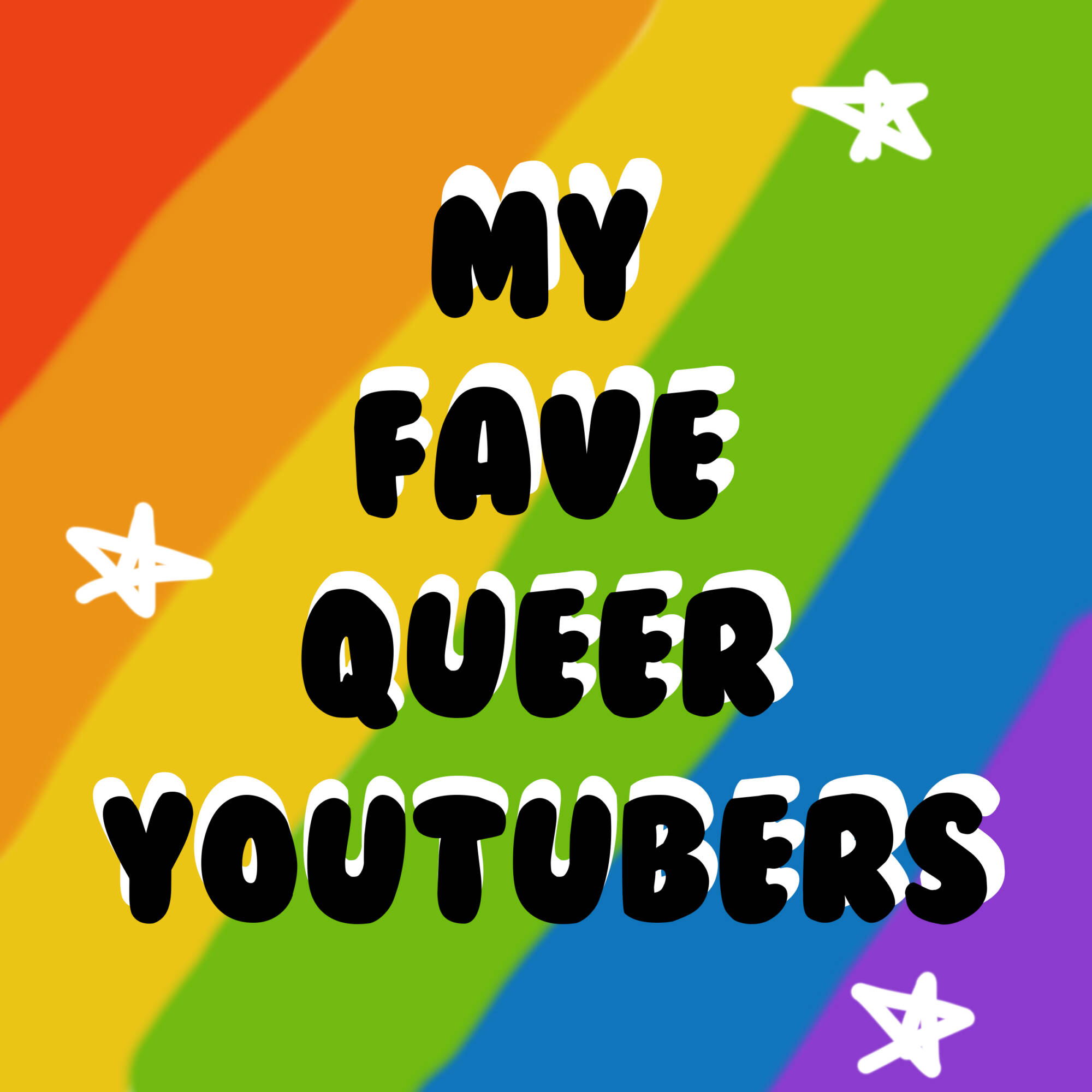 Growing up, I was lucky to spend my teens cooped up in my room watching Youtube videos. What spawned as a result was growing up within a virtual community with queer role models, close to my age, out proud and thriving in their field.

It created a space in my world which celebrated queer creators and people, something my “real life” was sorely lacking. It played a vital role in shaping how I related to issues surrounding gender and sexuality, including my own. I owe a bunch of people talking in their bedrooms a great deal.

Of course, over the years I have gravitated towards some specific creators, and that’s what I want to share today. Consider this my love letter to Youtube, in all its queer glory.

dodie Clark is a 22-year-old recording artist, author, and Youtuber based in London. Her covers and original songs will leave you feeling many feelings, and her vlogs documenting her mental health issues sheds a light on depersonalisation and derealisation, in all their glory and sometimes, horror.

She’s also come out as bisexual, and has reflected this part of herself in her music, concerts (she’s been seen wearing the bisexual flag whilst singing love songs directed at women), and vlogs.

In a community that is still rife with bi-phobia and bi-erasure, it’s so encouraging to see her flourishing and literally waving the bisexual flag high and proud.

Connor is a 25- year-old vlogger, author, and entrepreneur from LA. Franta came out in 2014 to the support of the entire Youtube community and his immediate community at large. He has since gone on to raise money for The Thirst Project and continues to be a figurehead and source of advice for young LGBTQIA+ Youtube viewers. He’s also started his own clothing and lifestyle brand called Common Culture. Connor’s coming out is particularly poignant, since in the past he had made videos denying his sexuality—a fact that he reflects on as a show of his progress over the years.

Ingrid Nilsen is an American beauty and lifestyle vlogger based in New York. She caused shockwaves when she came out in 2015, tearing up as she says, “I’m giving myself my best chance, and so should you.”

My favourite thing about Ingrid is that she is what we’d consider “traditionally feminine,” yet she’s out here living her best life as a lesbian, and smashing stereotypes with her videos on beauty and lifestyle, all while still acknowledging the championing the issue of femme erasure in the lesbian community.

She is also one of the few LGBTQIA+ Youtube icons who didn’t come out into a totally accepting culture. She has mentioned in videos that her choice to come out so publicly meant that she chooses to not have a relationship with anyone in her family, bar one person. She has also touched on how her Thai heritage intersects with her identity as a gay woman, in what I feel to be a huge breath of fresh air, especially considering all of the white faces present both on this list, and in the wider LGBTQIA Youtube community.

Speaking of intersectionality, Marina Watanabe is what I’d call the watchdog of queer Youtube, in all the best ways. As the social media coordinator of Everyday Feminism, she is plugged into all things feminism, from current events to historical significance.

She also hosts a weekly show called Feminist Fridays: “A series where we explore the social, the political, and the media from a feminist and intersectional perspective…and use a lot of F words.” This makes her something of a lightning rod for all things gender, race and sexuality. If someone’s threatening or causing controversy in the community, you can count on Marina stepping up and delivering a well-researched, logical breakdown of the issue.

Ash Hardell is an American Youtuber that specialises in LGBTQIA focused content. Everything from their gender dysmorphia to their adorable relationship with their wife is covered, and they really aim to provide a platform to people on all places on the gender and sexuality spectrums. They’ve also written an anthology entitled The ABC’s of LGBT, which takes an in-depth look at every point on the spectrum, as well as issues surrounding youth as the world becomes less binary.

If you only check out one queer Youtuber on this list, Ash Hardell is your best bet for a holistic, complete view.

SUPERFRUIT is composed of best friends Scott Hoying and Mitch Grassi, 2/5ths of the wildly successful a capella group Pentatonix. Their videos include challenges, vlogs, covers, and most recently their debut album Future Friends, where they trade the a capella for synths, angsty lyrics, and lewder themes.

One of the things I particularly love about their music is about how overtly queer it is. And I mean that in the best way, because it’s only when you take a closer listen that you realise there are no men singing about men or women singing about women on the radio. But here they are, out, proudly singing and about wanting a man, and starring opposite each other in angsty music videos about relationships on their platform of millions of followers. It’s something I never knew I was missing, and also everything I could ever want. I can’t wait to see what they do next.

Queer Youtube is a rich, diverse community and its existence serves a vital purpose in both real and virtual spheres. It played an integral role in my own life, and has much more to give as the wider LGBTQIA+ community grows and develops alongside it.

Kim is a 20-year-old Australian Arts (Journalism) /Law student and writer, currently based in Shanghai, China. She likes things to the point of obsession, from anime to musical theatre to video games, and spends most of her time on the internet. She writes to clear her head of all the thoughts bouncing around up there.