Interview by Molly McKew // The two members of atmospheric electro-pop band Leopard Lake have known each other since they were 16, but only recently have they combined their talents to release their first, self-titled EP. Molly had a chat to Storm about her move from punk and how the Spice Girls changed her life. 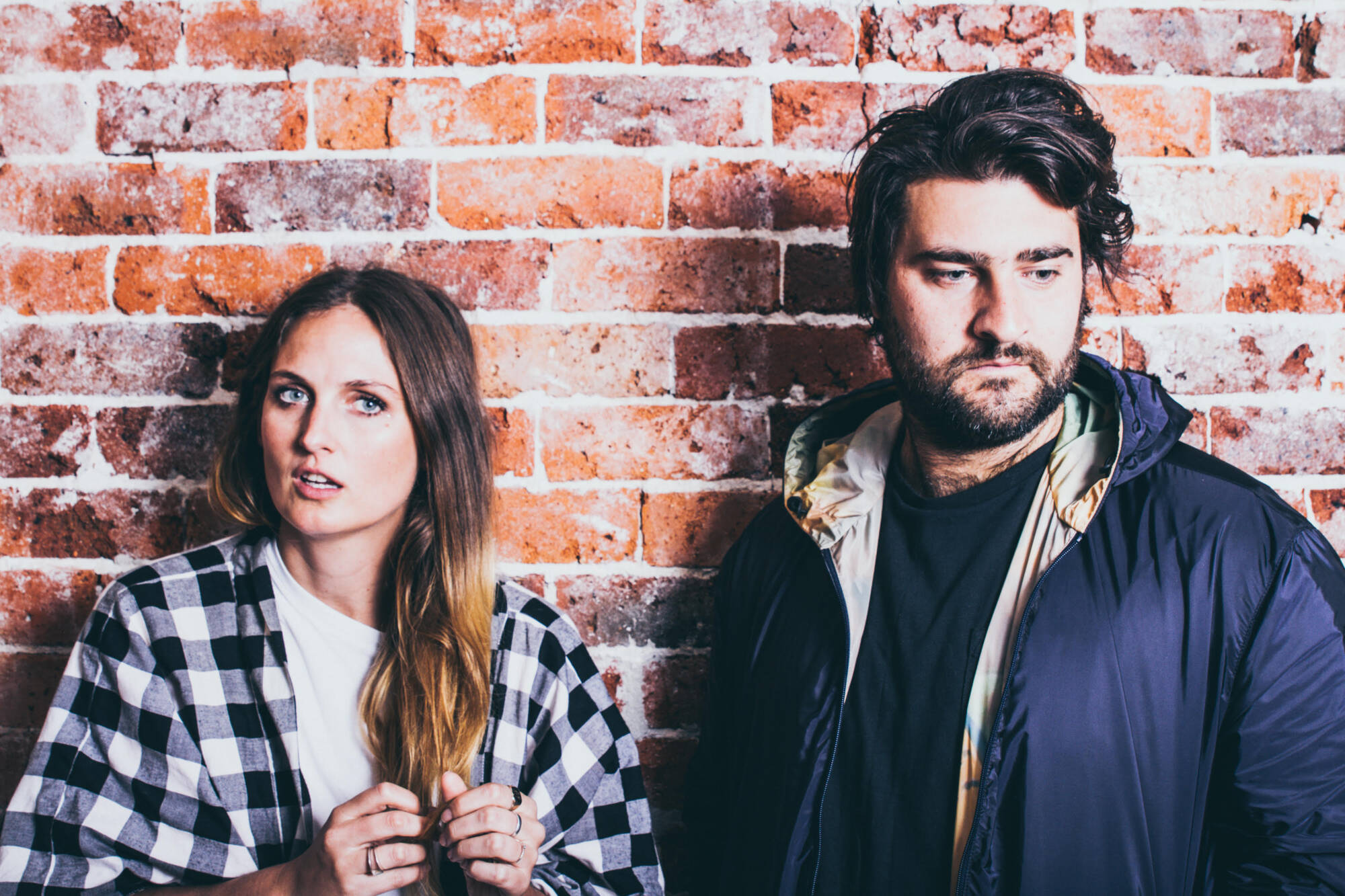 Q: Hi Storm! What have you been up to this week?

A: I’m actually in Bali on holiday at the moment! So this week has been a wonderful blur of sunning and swimming and talking to street dogs.

Q: Tell us about your latest single!

A: Only One was the first song Sam played for me in the studio when we were just starting to talk about collaborating together, on first listen i was like “Woah, hells yes” , it was so different to anything I’d worked on before. The song has this dark headiness to it, both lyrically and musically. The vibe is quite intoxicating.

Q: You’re pretty new as a duo. How did you guys get together?

A: We’ve been friends for ages and played our first band together when we were like 16! Sam asked me to come into the studio have a listen and maybe sing over a track or two he has been working on. He was pretty much stuck with me after that. We have a third member, Michael Jelinek,  that plays with us live who we have also both played in previous bands with as well, so there’s a fair bit of history and love between us all, it’s rather cute.

Q: Tell us about your sound – say if Leopard Lake were a pasta dish – what type of dish would you be?

A: Good question. Hmm Leopard Lake would be a vegetable lasagna. Lots of layers. Sometimes we realise that we’ve maybe gone a little nuts and take a few layers out and our lasagna is actually more tasty that way. Maybe we’re more of vegetable moussaka, that’s not actually pasta though is it, but you get the idea.

Q: Have you always been into electronic music or is this a new pursuit for you?

A: This very new for me,my last band was a punk band, but I’ve enjoyed it immensely. I love the way we write and record at the same time in the studio and we can create such a big sound with just the two of us.

Q: Tell me about your first experiences performing?

A: oh my god me and Sam were actually talking about it the other day, we went to an open mic night at a dive bar down the street, thinking that we probably wouldn’t even get in (we were 16) never mind actually play. But somehow next thing I knew we were on stage, it must have gone ok because we got asked to play again or something and we were sooooo stoked with ourselves thinking that we were super cool. Anyway I got home after midnight and my mum nearly killed me because I had my year 12 history exam the next morning. Priorities.

Q: What do you most love about getting on stage?

A: I kinda get into my own little world, I have to snap myself out of it every now and then and remember people are watching me. I probably close my eyes too much, but I like getting lost in it, it’s a feeling I never get when rehearsing or recording

Q: Do you have any tips re: moving on from nerves or self-doubt before shows?

A: Eeeeeee, not really, nerves are weird. But they’re also good, nerves and self-doubts make you try harder, you just can’t let it get the better of you I guess. For the first time since I started performing I do a vocal warm up before I sing live with Leopard Lake, I go into a dark alley or something, I must  sound like a complete weirdo, but it makes me feel like I’m prepared and in control of what I’m going to be putting out and calms me down.

Q: What female musos have inspired you throughout your singing career?

A: I feel like female musicians have inspired me through every piece of my life. I can link a female artist and album that has gotten me through every momentous thing that has ever happened to me. Lauryn Hill, Fiona Apple, Laura Marling, Karen O, Karen Dalton probably 14 other’s I’m forgetting. I think the Spice Girls proper changed my life, I was young and really shy and their whole “girl power” mantra pulled me out of my shell.

Q: Thanks guys! Finally, which artists should we be adding to our Spotify playlists in 2018?

Listen to Leopard Lake’s self titled EP on Spotify