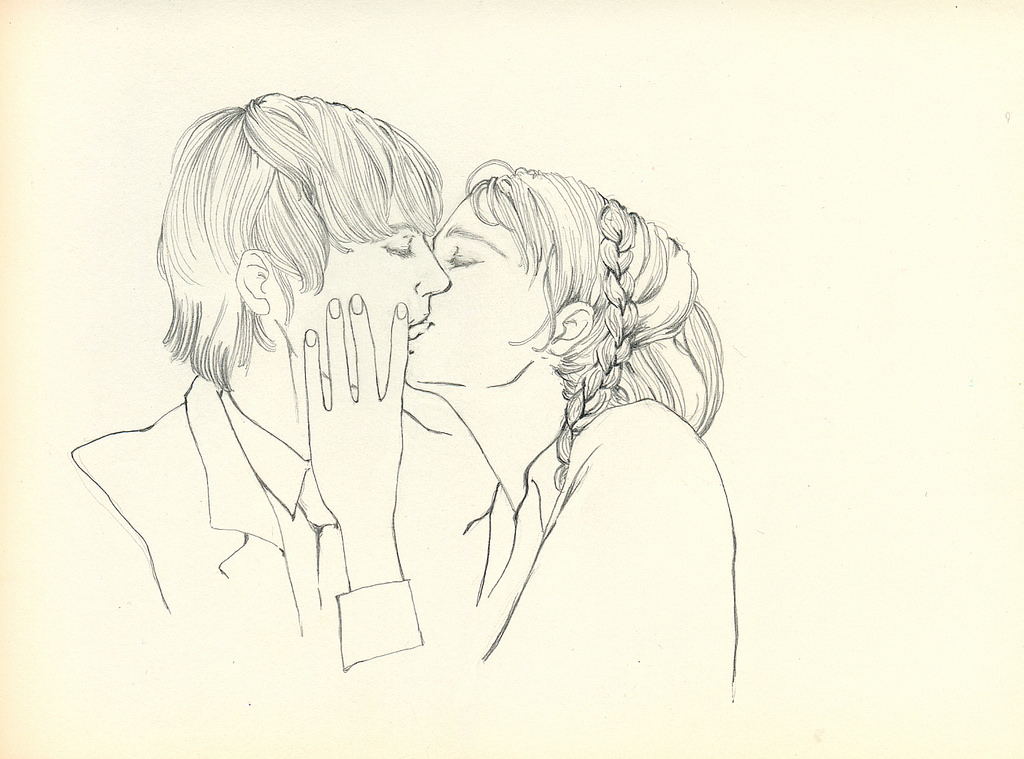 11pm. I’m watching Daria. I’m watching Daria at the lowest possible volume because my family is sleeping and I left my headphones on the back seat of Chelsea’s car. It’s late and it’s cold. The lights are off. My pants are off. My electric blanket is on. I can see the dull red glow of the dial between the blankets as Daria says something wry from the laptop on my chest. A dog from down the street barks, what I believe to be approval of my choices and I’m considering attempting sleep when my phone rings. Its cheerful jingle is loud and abrasive against the silence and I scramble to answer before the tone wakes my sleeping family.

“Hello?” I whisper, praying the person on the other end also understands the sanctity of silence and the time of night at which they are calling.

“Hey,” the voice responds. I stop breathing momentarily. This is a very important voice. I haven’t heard this voice in over a year. This voice is absolutely fucking hammered.

“Are you okay?” I ask, inciting concern as my primary emotion and avoiding the others enacting a fight to the death to exhibit in my voice.

This invitation spikes an increase in my heart rate that feels dangerous and as though I might be better off hanging up on this drunken voice and calling an ambulance. As the two scenarios spin faster and faster around my skull, the heart attack sounds less emotionally precarious and before I can set out upon my journey to A&E the voice comes again.

“Come outside to meet me, okay?” I say, pretending to be aloof and silently panicking. “Outside the movie theatre in 20.”

And I hang up.

It occurs to me that there must be a plethora of reasons to get out of bed at 11:15pm on Saturday night and drive to the main street of a regional Queensland town really too small to have a nightlife. Many of them might even be acceptable to relay to one’s sleeping mother. I can think of none of these and as I swing open the door to my sleeping mother’s bedroom, I rely on an old classic.

“Mum?” I whisper at the lump in the bed. “James is drunk at a party” (probably true)

“and his ride has bailed on him” (unknown levels of true)

This moan is all that’s required for me to jangle my car keys into the pocket of my jacket and supply my bare legs with jeans in aid of the mission. My butt hits the driver’s seat of my parents’ Mitsubishi and I take three deep breaths.

“Be cool,” I whisper to myself, as my heart beats out a tattoo against my Little Miss pyjama shirt. It’s going very well so far.

I park behind the theatre in my usual spot. Secluded enough, but not serial killer territory – I sit in this car, in this spot a lot. I come here to think.

It’s windy when I get out of the car, colder than I was anticipating. There’s a snail travelling slowly across the footpath and I stand and watch it for a while, before growing impatient and moving it aside. Nobody has ever had enough time to wait for a snail and I am no exception. The street outside the theatre is empty and silent, but I can hear the music leaking out of the clubs and bars a few streets over. I battle the wind and walk towards the noise, attempting to keep my incoming cardiac arrest at bay.

He’s standing in front of the cinema, his lanky frame buffeted by the wind and unsteady from the apparent gallons of gin he’s consumed. I smell fumes from across the road. As I get closer they’re mixed with a familiar cologne. He’s wearing an American football jacket with sunglasses tucked into the front pocket, apparently, there was a dress code – 1960s dickhead.

He sees me and his head cracks open into a giant lopsided grin. I hear my name escape the gaping chasm in his face and I black out momentarily, awoken to the sensation of his hand holding mine through my jacket pocket. It’s weird gesture. There’s fabric between our palms, but his fingers grip tightly between mine. The jacket, now personified, becomes an awkward third wheel to our digital groping and I look up at his beaming countenance only to be infected by the enthusiastic smile. I laugh and my heart returns to normal.

“Yep!” he enthuses, pulling me into an embrace. “Can we get McDonald’s?”

We walk away from the noises of the main street, still entwined in our awkward three-way handholding. Me, him and my jacket. His raucous drunken babbling pierces the silent carpark as we walk through it and he attempts to catch up on a year’s worth of invasive questions.

“Been on any dates?”

No. I had glandular fever twice.

There are other questions. I’m not paying too much attention. I’m looking up at his peculiarly shaped head and examining his face. Full lips, bushy eyebrows, pleasingly crooked teeth. Has anything changed since the last time he acknowledged me? Lines have appeared, perhaps prematurely for his 19 years and I can see poorly shaven stubble under the street lights. He looks older, sadder – despite the grin. I look over his arms for new scars.

“Have you had sex with a man yet?”

I stop, just past the theatre and pull my hand away.

“But you’re so oooooold!” he mocks, walking further up the street without me.

“Yeah, well it’s not for lack of trying,” I huff, unsure of how much comedy to put into my tone.

He turns back to me, gleeful. I roll my eyes and back away.

“Nobody!” I laugh and look at my feet. I’m wearing odd socks. I hadn’t noticed. “It’s just something you say.”

He’s silent, but I can hear him smiling down at me. I look up at him and smile back. His giraffe-like frame attempts to bend into position where our faces are easily accessible to each other. He kisses me, pressing my back harder against the rough brickwork. I had forgotten how much mouth he has. How much mouth he uses when he kisses. I feel somewhat as though my lips were being enveloped by a gaping wet, crater – like, he was somehow trying to suck them off. I try reaching around him to touch his butt, but my arms are too short and too trapped to traverse the great distance of his torso and besides his butt mostly disappears into his extensive legs anyway. I had forgotten how awkward we were, two people completely incapable of becoming one. I love this feeling. I kiss him back and then move my face gently out from under his. He draws away and holds my hand again, this time without the unwanted third party.

“I’m not that drunk,” he exclaims, attempting to prove it by wobbling to the gutter and back with his arms out. He looks like a demented scarecrow. I laugh and he pulls me toward him again.

“When my mum was young and pretty, boys used to buy her things,” he says softly, swaying slightly in the wind.

“You think she named you after this boy, as a thank you for the jacket,” I murmur, my face against his chest.

“I think that’s exactly what happened,” he replies solemnly. 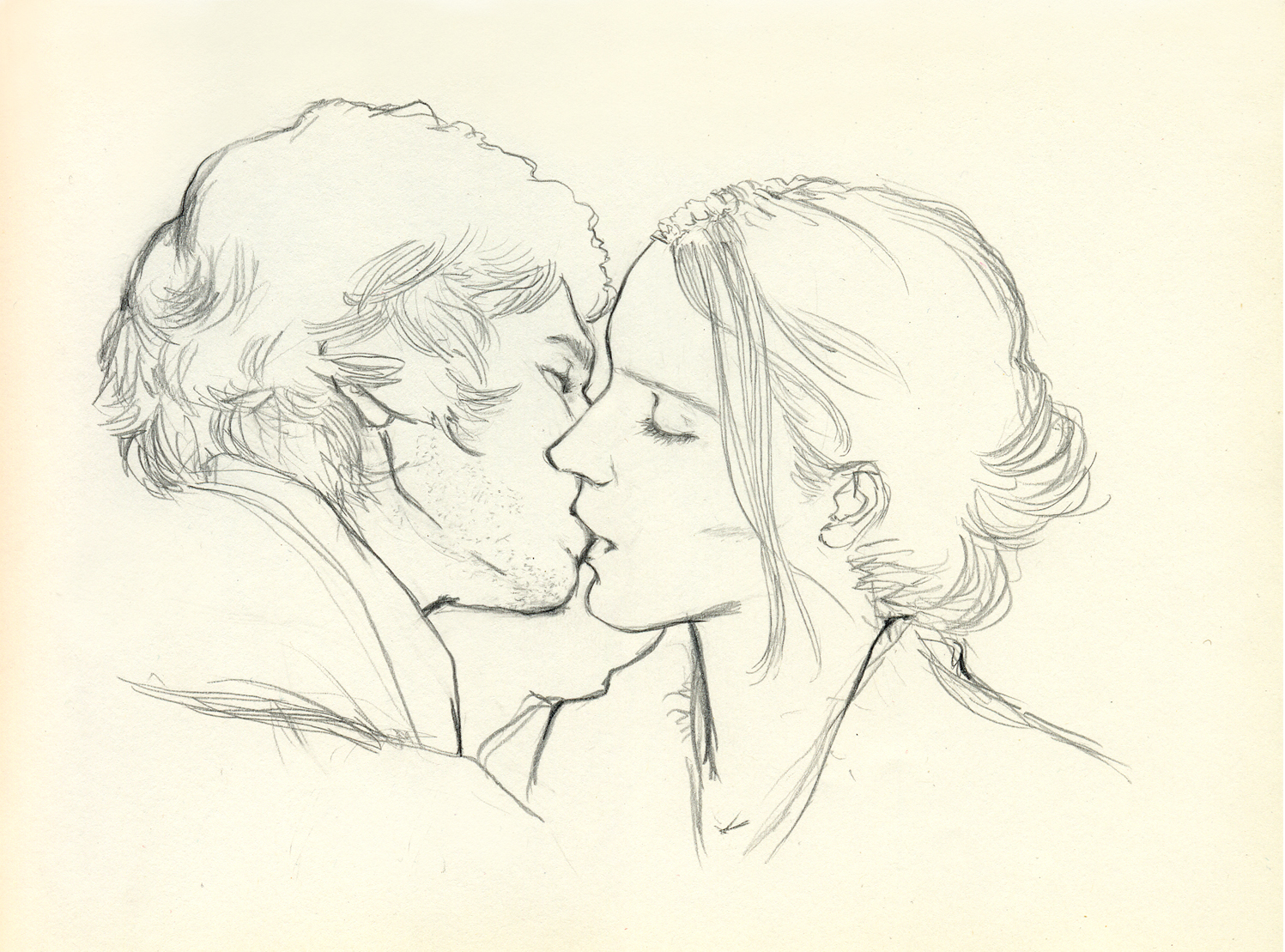 We make out in the backseat of the car. He takes my shirt off and we start a cycle of him unbuttoning my jeans and me distracting him, before buttoning them back up. He’s too drunk to notice. He tells me that he’s never had sex drunk before. I think that this is a lie. He tells me that he has had sex high before. I hope that this is a lie. He puts his hands down my pants and I tell him that we are not having sex. We lie next to each other and I listen to his rapid heartbeat through his translucent chest. He wants to get pizza. I scoff at the lack of change in his appalling diet. I tell him that at this rate his heart attack is scheduled for his 30th birthday. He kisses my forehead.

I drive him home; Domino’s box perched precariously over the canyon his gangly legs provide. Halfway there, he insists we pull over and I watch him heave gin and cheese onto someone’s front lawn. The lawn belongs to a very pretty house and is full of porcelain figures which seem to frown with disgust at the undignified ejection of his stomach contents. I see lights go on across the street and hope no one comes out to remove us. You really shouldn’t rush a vomiting drunk.

“Are you okay?” I ask, as he clambers back into the passenger seat.

“Yeah, all good,” he replies, smiling at me.

I squeeze his knee and leave my hand on his thigh. My parents’ car is an automatic. My gear changing hand can lie idle on his jeans.

I pull into his driveway and he kisses me goodbye. He tastes like sick. I don’t mind. I read somewhere that love is getting dog poo off someone’s shoe without being asked and with no disgust. I feel like kissing someone who has recently thrown up is equivalent. He leaves the pizza in the backseat.

When I get home, I disturb my dog who is curled up in the corner of my bedroom and notice that Daria is still playing.