I Do Not Consent To President Trump 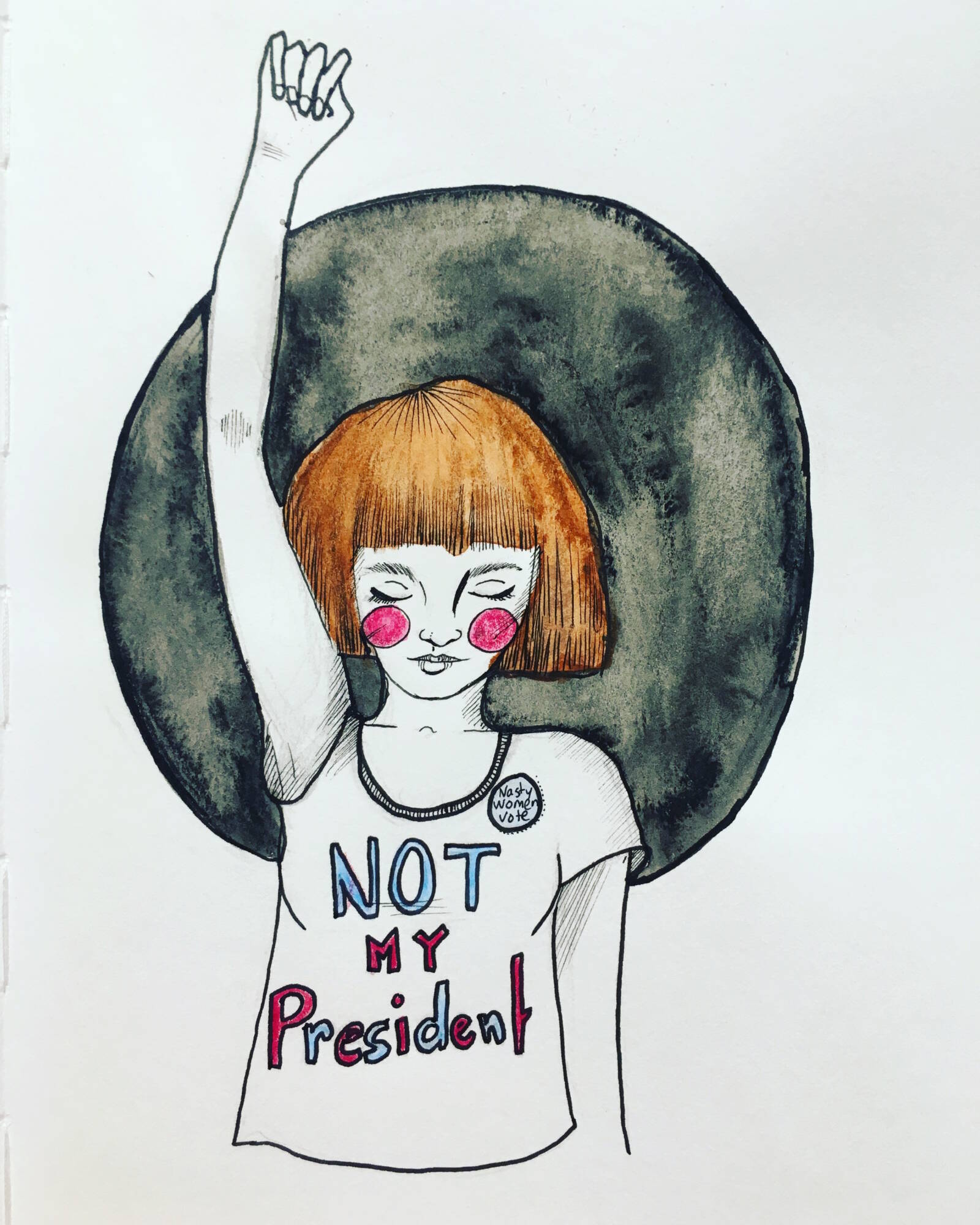 I do not consent to a President Trump.

The majority of the United States does not consent to a President Trump. But no matter, because this is a new America; this is an America in which consent is, seemingly, no longer required.

One month ago our president-elect bragged about taking advantage of women against their will and over their objections. “You can do anything,” Trump boasted.

Two weeks later, I was taken advantage of against my will and over my objections. He thought he could do anything.

I did not consent to my sexual assault. Predatory behavior and “locker room talk,” all too prevalent, will soon be more than just common; it will be normal. There’s very little to stop boys from thinking that sexual assault is patriotic. Very little to stop girls from thinking they can’t do anything to prevent it or to report it; if their president can do it and be rewarded for it, can’t anyone?

He sought and gained power over the American body, over our own bodies. He wants to reject bodies, change bodies, deport bodies, convert bodies, degrade bodies, ignore bodies, use bodies. He has been told that they are his to control.

We, the American people, the American millennials, came out in numbers to support Hillary Clinton – numbers that exceeded those who came out for Trump. By the vote-count, she won. By the electoral college, she didn’t, and that was somehow what mattered.

I did not give my consent to the creation and the perpetuation of an antiquated system that does not accurately reflect the will of the people.

I am a very anxious piece of a very broken country, one that has validated – if not outright endorsed – a now-enduring rhetoric of ignorance and intolerance.

He says he wants to “make America great again,” but it is unclear precisely to which fraught, prejudiced era of our history the president-elect is guaranteeing a proud return. A great country, Mr. Trump, is not one that disavows cooperation and acceptance.

Improving the economy does not have to mean reversing social progress – the two are not mutually exclusive. We so desperately need to keep moving forward.

We are not moving forward. Trump’s win has already begun to affect lives on a micro level. People of colour are being aggressively targeted on the streets. Racism and homophobia are running amuck, having been granted a secure, safe vessel through which to thrive.

I did not give my consent to having to manage, along with all the women out there, the hugely unexpected, demoralizing blow this election would deal to our gender. We wanted Clinton to be the epitome of female success, to be a role model in the highest form. She now urges “love and kindness” – noble, necessary, nurturing values, stereotypically “feminine” values that must be understood at this point in time as representative of strength and bravery, rather than, as sexist history might have them be, proof of submission.

I see Americans expressing immense relief that they are in some way “removed” from this situation. I do not consent to letting myself feel any selfish degree of removal, despite my relative degree of privilege and distance. Americans who live in Canada and elsewhere in the world are irrefutably involved in this outcome. It’s up to those of us far away to support and to empathize, not to pity, not to ridicule.

I will not consent to letting America become a joke or a target on the world’s stage as a result of policies and interactions that will come from the insecure bully who speaks for our country. I have to assume the rest of the world recognizes that many of us, too, are mortified and frightened, and I have to assume that we will not all be held accountable for this man’s shortcomings and his temper.

And I cannot consent to optimism just yet. I’m the daughter of an immigrant. I’m the daughter of an educator, whose job has become even more crucially important now that she and her colleagues are responsible for preventing America’s youth from normalizing hate. Teachers must somehow convince our impressionable future leaders that the poisonous environment in which we will soon live is very different from the one we must strive to create.

I was scared to come home. I’m still scared, because America has devastated me. But I am in Canada, and I am also scared to be here. Because nowhere feels quite like home right now, and nowhere feels safe.