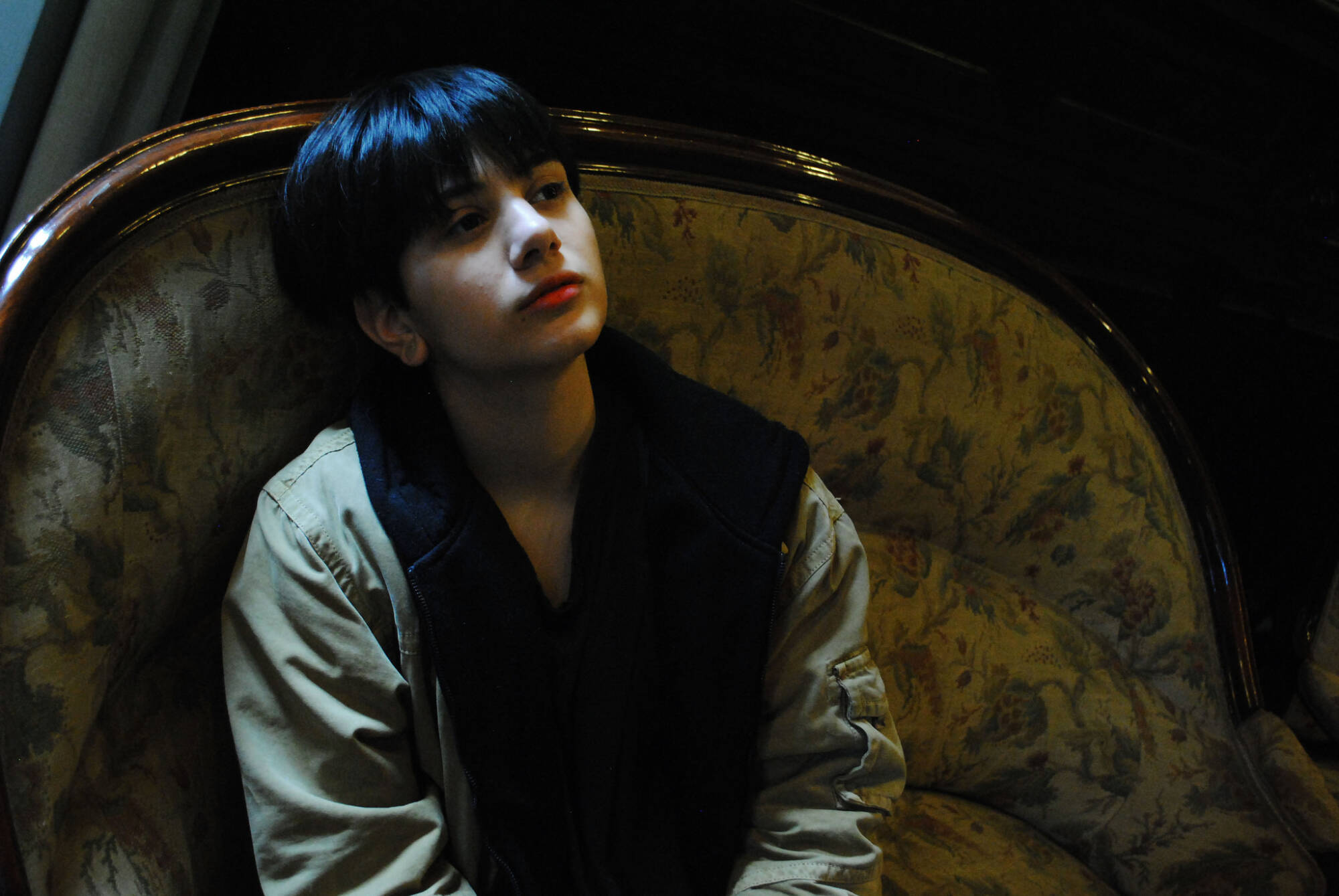 I didn’t want him to leave. I was slowly examining every part of his face. One by one. Touching every spot, each mole, his thin cheeks, red marks. Trying to memorise as much as I possibly could. Blonde hair fell on his pale skin hiding few pimples.  He was lying on my lap looking at me with those big green eyes, the same way as he did when we first met. His eyes were filled with happiness back then, not watering, not looking away. He didn’t realise that I was already missing him terribly. I was scared that he would do something stupid. Well… I knew that he was not one of those guys making smart decisions. Twenty-five years old, but behaving like a kid.

I kissed the red, heart-like mark on his forehead and looked at him smiling. He was holding my hand. Slowly pressed my palm to his mouth at the same time showing “always&forever M2” on his wrist. The tattoo he got few nights ago. I told him that was stupid of him to mark his body for his entire life just because of a girl he met in a store, but now I felt happy about that. A quick sigh escaped from my lungs. I was sad. My heart got stumped with millions of needles at the same time. Slowly falling apart, drifting away from each other and neither of us could do anything about it. I bit my lip trying to say something, but remained silent. It was so quiet, almost calm. His eyes closed. Looking so vulnerable, so innocent. I knew it. No-one had to tell me about it, explain it or translate into another language. He knew it as well.

We had spent a wonderful three months lying to each other. Living an illusion that would soon disappear. Just like him. I wouldn’t visit him in Malaysia, he wouldn’t stay with me. We wouldn’t be able to call ourselves a family, he wouldn’t be the father of my kids. We would never settle down. Maybe we would meet one day. Different. Being strangers to each other, knowing so much about ourselves. Hugging instead of casual greeting, getting to the same club as we used to, he would introduce me to his new girlfriend secretly gazing if I still had that ring. I would smile seeing a little tattoo on his wrist, which used to mean so much. We would talk about those few years when we were not keeping in touch, maybe we would even go out together. Just the two of us. Just like old, good friends trying to catch up after months. And again I would laugh at his jokes. But in the end he would not be the one on whose lap I would be sitting on in a pub. He would not get my name tattooed on his forearm, nor would I be the one kissed on the forehead by him. I wouldn’t dance with him, he wouldn’t say anything about how nice I was looking. I knew it and I was also sure that it had to be like that. Was I about to do anything with it? No. Nobody is able to stop the time running away from us, I didn’t want to hold even a single minute of those months. Trying to remember only good things about him.

Everything has its end. Ours came way too soon. In a month time I would be in Taipei, while he was moving to Shanghai. Meeting new people, making bad decisions, falling in love one more time, even though he was so sure that I was the one. Just as he came to my life, quickly, without saying a thing, not asking for permission, he would disappear the same way. Leaving me in an empty kitchen sitting on an old, dirty sofa that once used to be brown. Saying how much he loved me, that I was the one and would always be. Kiss my forehead and leave. What about me? I would stay and not even a single tear would go down my cheeks. I would not feel sad or alone. Nothing would change. Next morning he would seem so distant to me, as if he never existed, as if we never met. Only once would I sit alone crying, wondering if I should call him, to ask if he was alright. But I wouldn’t do that. Maybe one day I would forget about that handsome, charming guy who could always cheer me up. After years I would probably forget his name. Not saying hello when seeing each other in a public place. Remembering would be just too painful, too many lies had been told already, we didn’t need more of them.

I touched his neck, slowly sliding my finger towards his chest. I could feel his breath on my cheek. Slow and controlled. I had enough. Somebody had to stop this, end the illusion. I stared at his luggage for a minute, then I got up and briskly came to the doors. That was it, it was his time to go and to never come back. He got his bags and came to me. My hair was stuck between his fingers. My breath stopped for a second. Sudden warmth came through my body one last time. His eyes reminded me of flooded meadows. No flowers could be rescued. Not this time. And then… there was just an echo, old, dirty sofa, broken microwave and a cup of unfinished coffee. Still warm. It seemed to be so empty although the room was filled with furniture and electrical equipment. My heart broke into thousands of pieces. He left me. Quick. Quiet. Without any sign of regret. Without a single word. He left me and we were supposed to never see each other again.