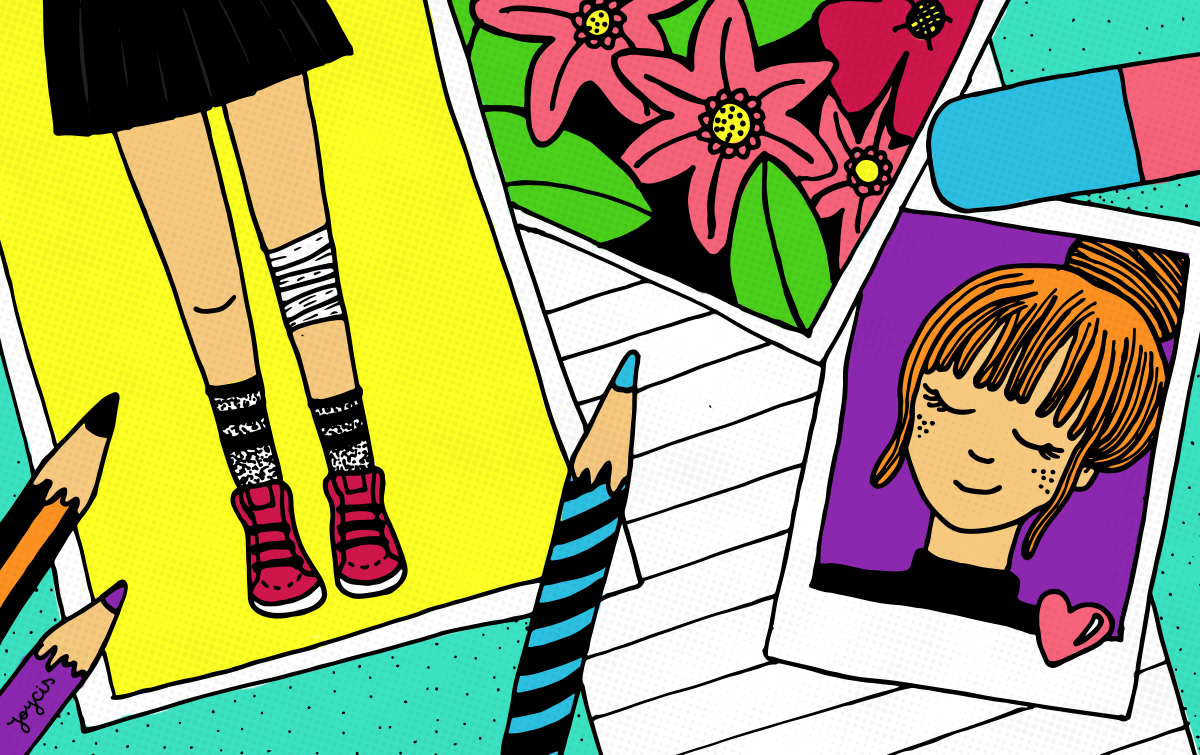 It was unwanted changes, not fitting in, dread of loneliness and grudges I’ve held. Girls

who pulled my hair in class, boys who smacked me with wet mops.

It was being chased around in the classroom with mocking words, felling with defeat,

smacking my knee on something sharp with the rush of blood.

I have a scar on my knee, I’ve had it since I was ten.

The scar never healed, despite all of my efforts, it was visible from miles away, and even

as close as my heart.

Anything that exposed my knee, I dreaded with fear.

I grew some older, into my teens, where I had a change of scene.

I was away from the girls that called my names, the boys who avoided me.

But I couldn’t avoid the questions who followed me, and the wandering eyes to my knee.

My knee became a representation of everything I hated of my body.

I detested my knee, the leg it is apart of, the hips they are attached to.

I am standing in front of the mirror, thinking:

It’s been there for seven years. Not a year more, not a year less.

I have grew a little taller, a little wider since then, but the scar never left me.

I used to spend time every morning, using concealer to cover up my knee scar.

It would fall off, in the wind, in the rain, rubbed against the back of the front seat.

As I grew older, the scar began blending in with who I was, and who I am.

I was no longer terrified of my scar, it became a representation of changes.

I came to the realization of the knee scar may never go away,

because my mind can finally I have a say;

In the matters of what I can learn to live with;

The insecurities I held from the past, the traumas that followed me through.

It takes up space on my left knee, and as well as my brain.

It was growing up, realizing what used to fear me could not conquer me.

Wen Hsiao is a writer from Taipei, Taiwan. She spent the most part of her life moving around Asia. She enjoys cheesy love stories, angry breakup songs, and big bowls of instant noodles in bed. Wen hopes to publish her own collection of love stories and have a newspaper column one day. You can find her on Tumblr or on Twitter.