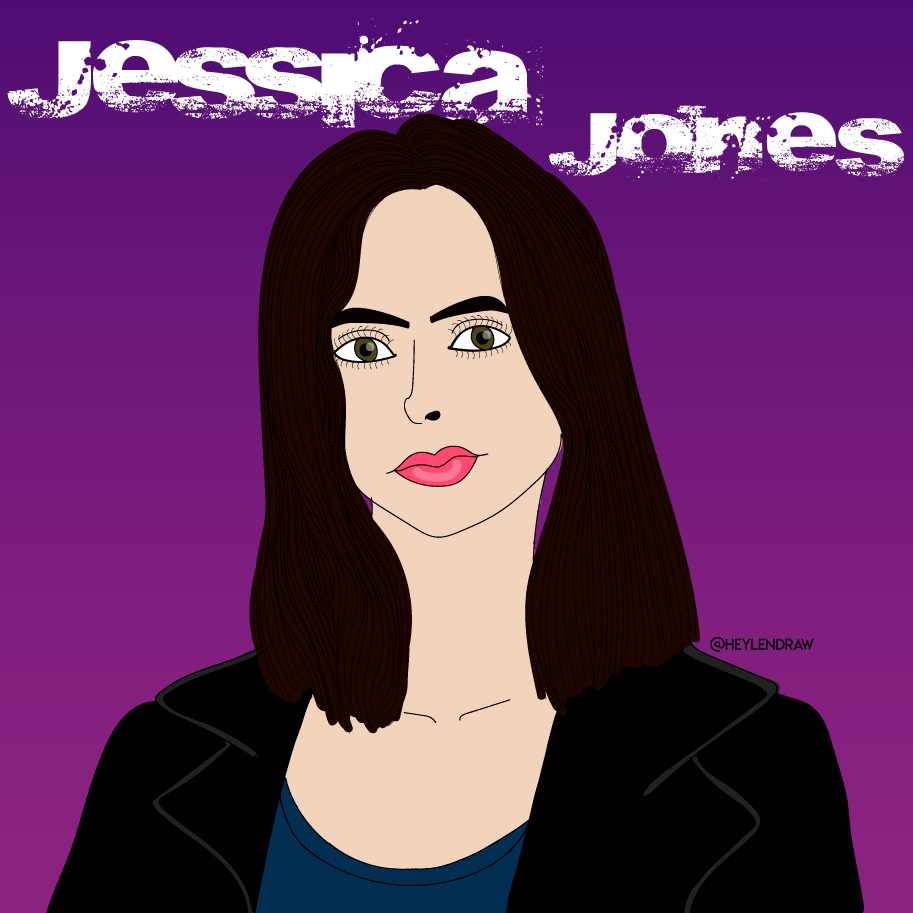 If you’re on the look out for a new TV show to binge, Netflix just released the second season of Jessica Jones in March and I’ve fallen in love all over again.

From a feminist perspective the show features a strong, female lead who literally kicks ass, and upon a more analytical observation, I believe Jessica Jones play on a feminine fear of being controlled. It should go without saying, but this article will feature a few light spoilers.

Jessica Jones is a vigilante from the Marvel universe who possesses the power of incredible strength. To give you a small synopsis of her known backstory: as a teenager, Jessica was in a car crash that killed her family and left her fighting for her life. An ‘evil’ organisation took advantage of her orphan status and while saving her life, ran experiments on her ultimately giving Jones super powers.

Unlike many of her powered counterparts in the Marvel universe, Jessica doesn’t feel compelled to put on a costume and try to save the world, however her self diagnosed biggest weakness is that she ‘occasionally gives a shit’, which means she often uses her powers for the greater good.

Jessica Jones is played by actress, author, and talented knitter, Krysten Ritter. Ritter is naturally petite, physically she isn’t muscular and many of the male characters tower over her in height. The juxtaposition of her physicality and tremendous strength plays beautifully into this twisted archetype: the woman not to be underestimated.

The show loves to demonstrate the many ways in which men have underestimated Jessica, only to be left gobsmacked, confused, and often physically or emotionally wounded. Jones is depicted besting a painfully persistent guy hitting on her in a bar at a strength skill tester. And although Jessica only bruises his ego, the emasculation he feels at being beaten by a ‘girl’ provides commentary on the perception of strength in both men and women.

The main antagonist in season one is a powered man named Kilgrave, played by David Tennant. Kilgrave has the power to control people with his words, when he tells someone to do something they are compelled to do it. This could be something as seemingly innocent as requesting a complementary meal in a fancy restaurant, or as evil as ordering someone to have sex with him, to kill or hurt themselves or others. Kilgrave’s power plays into a stereotypically feminine fear of being controlled, particularly by a man.

Previous to the events of season one, Jessica had been held hostage by Kilgrave. He was fascinated by her power and claimed to be in love with her. He would make her demonstrate her strength for his own entertainment, raped her, and forced her to kill an innocent person. Jessica is eventually able to escape believing she had left Kilgrave for dead. Season one of Jessica Jones starts a some time after her escape, when she discovers he is still alive.

Even when she isn’t under his control, Jessica is terrified by Kilgrave and his ability. She is haunted by the memory of her mental captivity, and experiences nightmarish flashbacks of carrying out Kilgrave’s orders. The idea of being controlled by a man, to lose control of yourself is a fear unfortunately realised in many women. Throughout history women’s voices have been silenced and their lives left in the control of the men around them. Even today women are at the mercy of male dominated governments who feel qualified to control our rights. Maybe a fear of control is biologically built in, or evolved from persecution.

Even with all the physical strength in the world, Kilgrave was able to control Jessica with just his voice, which is painfully frustrating. This is an interesting observation of strength. Kilgrave is never seen carrying out his own ‘dirty work’, if he needs someone killed he would rather compel someone else to do it, or compel them to hurt themselves. Kilgrave’s cowardice and lack of physical strength makes his ability to control Jessica is even more terrifying.

An interesting comparison between masculinity and femininity can be made when comparing Jessica Jones to her male Netflix/Marvel counterpart Daredevil. While Jessica Jones emulates a feminine fear of being controlled, Daredevil portrays a much more stereotypically masculine fear of a physically debilitating injury or disability. Matthew Murdock, better known as ‘Daredevil’, is an attorney by day and vigilante by night. His story follows the more traditional hero narrative we are used to, complete with a secret identity, a day job, and a tragic childhood. As a child, Matthew was in an accident that left him blind. The concept of a physically debilitating injury is a fear more often associated with masculinity. Perhaps this comes form an archaic societal structure where pressure to provide fell solely onto the man. An injury or impairment inhibiting the ability to provide would be detrimental in a practical sense. While today this isn’t necessarily the case, the in build fear appears to still exist in many people. I actually watched to first episode of Daredevil with a male friend who freaked out when Matthew was blinded in the accident, saying that it was his biggest fear and that he couldn’t watch – irony?

I actually ran a very small survey amongst my friends – this was mostly to stoke my own curiosity, seriously, this survey should not be considered scientific evidence. However, the outcome was super interesting. I asked a random number of my male and female friends whether they would prefer to be controlled or have a physically debilitating injury. I would ask them hypotheticals such as ‘would you rather be forced to marry a stranger or lose your leg?’ or ‘would you rather be a slave or lose your arm?’ The women unanimously chose the injury over control, and the men chose control over injury.

Fear and control have always sought to hold women back, which is why I found this portrayal of control so poetic. Jessica Jones’ power represents an innate strength inside all women. Our ability to endure and fight is evident in our biology and in history, and even today.  I would encourage all women to embrace their strength. I realise this sounds strikingly like a superhero mantra, but I think we’ve earned it.