Writing by Hannah Forsdike // Friends, Foes & Fireworks deals with many issues women face that are not often represented in film, such as exploration of female sexuality, women’s health, loss of a loved one, unwanted pregnancy, career pressure, and toxic relationships. 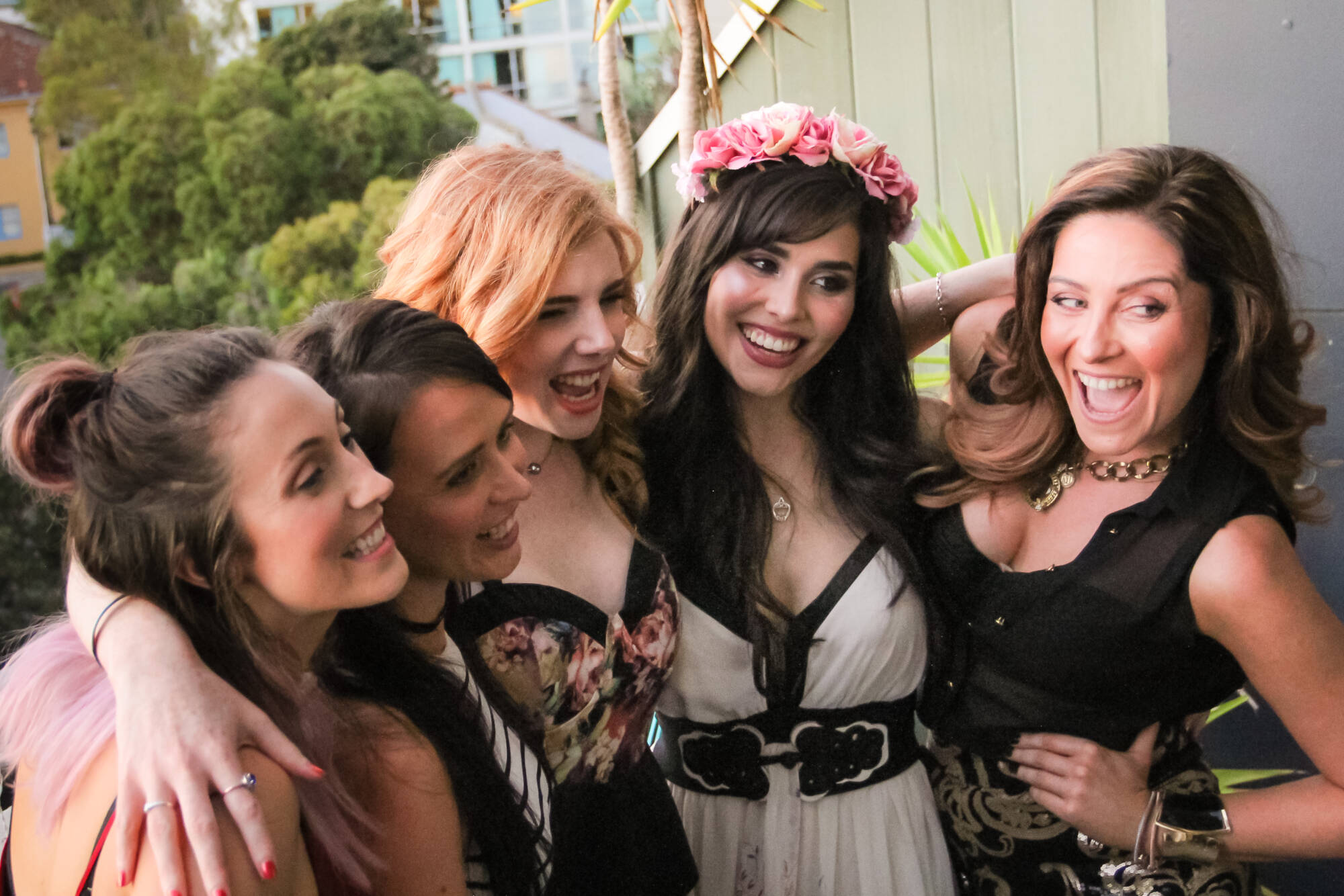 Sarah is an Australian Filmmaker, based in Malta,  currently focusing her energy on writing and directing improvised feature films with her husband Ivan, under their production company Nexus Production Group.

Sarah started her career in the Melbourne’s indie film and television industry in 2006. ‘It was a case of mistaken identity,’ said Sarah, on being hired as an art director on a TV show which no experience. ‘At the time I was working at a supermarket, so anything creative was enticing.’ Sarah, who had always been creative, took up the opportunity and fell in love with the experience. ‘I contacted everyone involved in the industry in Melbourne… Of course they rejected or ignored me and it must have been because I was not trained.’ So Sarah gained as much industry experience as possible, throwing herself into unpaid projects and ultimately meeting her husband in 2009 through a short film she was working on.

Ivan had already formed Nexus Production Group when he met Sarah, who became involved with NPG as an art director. In 2013, Sarah officially became a writer and director with Ivan’s company, writing and directing her first short film, Dusk.

Forever fostering each other creativity, these days Sarah and Ivan write, direct and produce together.

Their recent film Friends, Foes & Fireworks, directed and written by Sarah and Ivan, follows an intimate New Years Eve reunion of five female friends who all know each other from the independent acting scene. The film was shot in one night, on New Years Eve, in Melbourne.

They wanted to make a film based on real people they had met in their years working within the indie arts scene. ‘You become consumed by people’s drama on set, you also hear a lot of gossip… Both Ivan and I have met some really interesting, off-beat and diverse characters.’ The idea was to tell a story grounded in real life, and New Years Eve makes the perfect backdrop for this drama. The hype and parties and the expectations for the new year always seem to lead to a disastrous let down.

As a viewer I found the improvised aspect made the scenes and dialogue seem more organic; it was almost like being a fly on the wall of a real conversation and I often felt as if I was looking in on something intimate or private. ‘We did not want to sugar-coat real life,’ Sarah said.

Friends, Foes & Fireworks was Sarah and Ivan’s first attempt at writing an improvised film, and Sarah says the writing process was a fun learning curve. This unique filmmaking experience gave them the opportunity to further develop the characters with the cast, and allow the plot to flesh out from the original skeletal idea organically, to produce something that would truthfully represent real life.

The film opens with a quote by Audrey Hepburn, ‘When you have nobody you can make a cup of tea for, when nobody needs you, that’s when I think life is over.’

The quote provokes our human need for companionship, our desire to make our friendships and relationships work. As a woman in my mid twenties I found the exploration of female friendships relatable and realistic.

At the start of the evening the girls seem out of sync with each other, it has been a while since they’d all caught up and this unsettling atmosphere stirs up tension, ignites rivalries, and leads to multiple revelations throughout the night. The girls all seem to be putting on a bit of a front, but the cracks quickly begin to show.

Friends, Foes & Fireworks deals with many issues women face that are not often represented in film, such as exploration of female sexuality, women’s health, loss of a loved one, unwanted pregnancy, career pressure, and toxic relationships.

‘As a writer and director who identifies as female, I somewhat feel that it is my duty or place in this world, even in this industry, to actually use my position and be voice for women.’

The film is beautifully bookended with one of the central characters, Fiona, standing on her balcony in her robe; the raw truthfulness of this film is driven home in this ending scene.

The Nexus Production Groups next upcoming project is a new feature film called In Corpore, the film is currently in post-production and they’re hoping to complete the project later this year.

In Corpore is another improvised film, written and directed by Sarah and Ivan, and shot in four countries around the world. ‘The film delves deep into the grey areas of relationships, exploring how four couples deal with love and lust, commitment and infidelity, and traditional expectations versus self-gratification,’ says Sarah.

Sarah is currently working to help raise funds for the post-production of this new film. If you’d like to support them, follow this link to their sponsorship page.

Sarah has truly made her dream a reality, and gone on to work towards accurately represent women on screen.

I love to see women like Sarah working on truthful, independent projects such as these. And I look forward to seeing more from their production company. Their film Friends, Foes and Fireworks is available to watch on Vimeo on Demand, Amazon Video and Prime, Streamlette, and Ozflix TV.