Writing by Auzeen Mendoza // Photograph by Paolo Barretta // Just another hour until the sun went to bed and the sky would be dark and blue again, then Izarah’s shift would be over. She put her headphones back on and returned her duties, holding back tears over Opus 23. 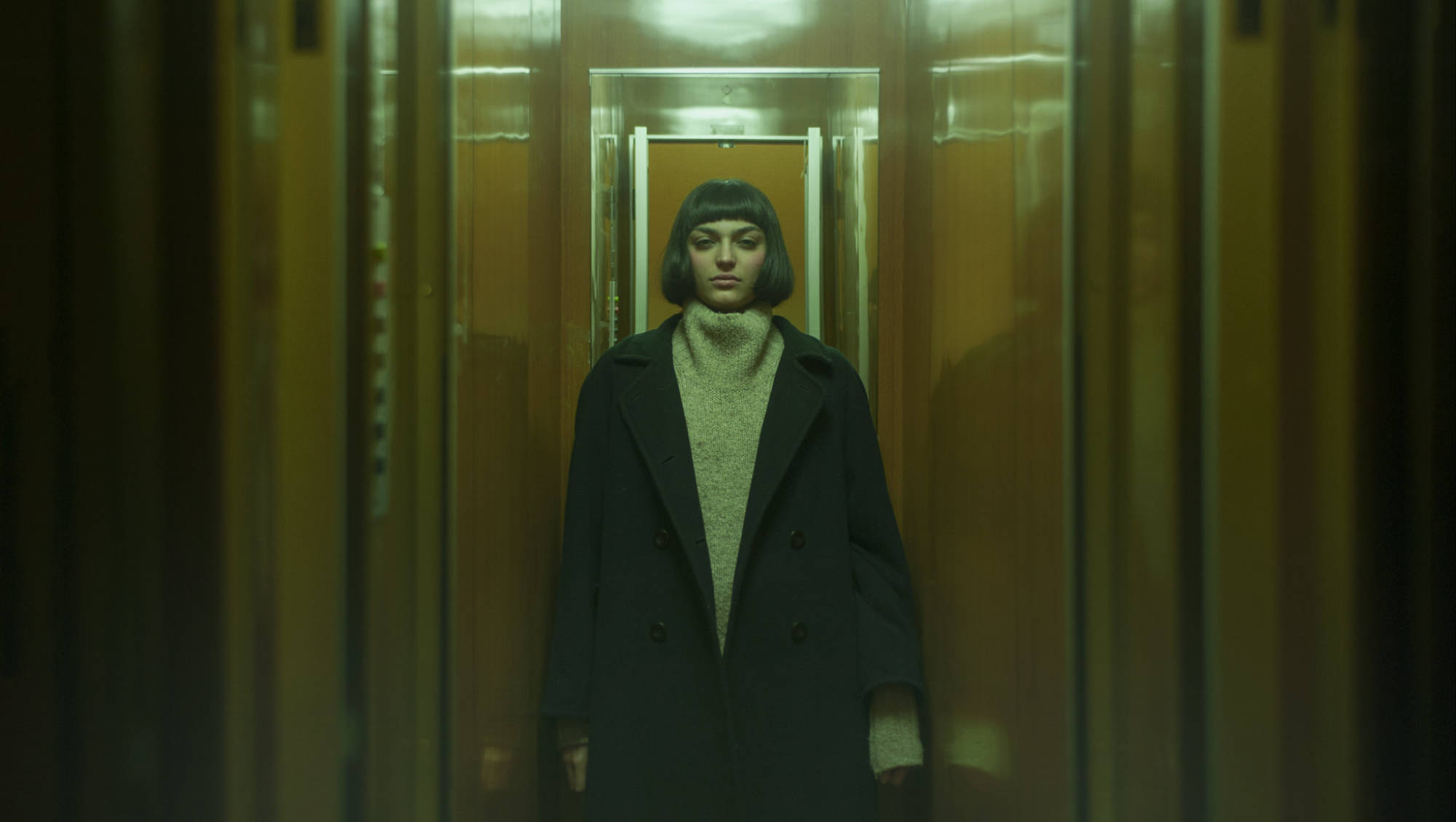 There she sat among a handful of other children with developmental delays, learning disabilities, and hearing impairments. She didn’t want to be there. She wanted to be with her brother, but her mom heard differently; assuming Izarah wanted to be with the “normal” kids, Maman entered the battle field with the school district. Despite being an immigrant and learning English through American Sign Language just a few prior years ago, she won the war for her daughter. Eventually Izarah sat among hearing children, but there was no special education, there was no communication in sign language, there was no other deaf child, and most importantly, there was no Rozan. Her brother was in the fifth grade and she sat among everyone else in the first grade. She sat alone.

After many years of the school system lacking the ability to serve a child like Izarah, she slipped through the cracks, failing each grade, yet passing on. She was most definitely behind. Going to school with Roz was a big mistake. It wasn’t until Izarah was seventeen years old until someone asked her if she read lips. “Well, yeah. Now that you mention it. Yes, I do read lips,” and this discovery revealed all the reasons why she could not catch up, why she could not make friends, why group outings was a bore and going to the movies was uninteresting and why phone calls gave her anxiety and why everything just sucked. It was also then she realized she had a gift. She was angry that she spent most of her life not knowing how to communicate, but she was also pleased that she now knew how to communicate. She could use it to her advantage and perhaps find others with the same skill.

Unfortunately, they were nowhere to be found. Once again, she was alone.

“Izzy, can you please check the inventory on these shirts? The computer says we have a few in Large, but I can’t find them.” Bryson held up a maroon button up on his chest as if he was planning on wearing them himself. Izarah thought, it just didn’t work as his hair was just as maroon. She wondered if Bryson would ever dye his hair another color. He swayed his hips side to side. Izarah nodded with a smile and began hunting through the back shelves of the stock room. She favored Bryson because he enunciated every word with his lips. Not intentionally, just naturally, unlike many of her other employees. But it didn’t matter because Izarah spent most of her shift in the stock room of Fraction and Company. There were no customer interactions here, no phones to use, no one to bother her. Just headphones big enough to cover over her hearing aids blowing out sonatas from within. Voice-less music. Words have no meaning.

She found them. Large, four of them, but Bryson had already gone back to the floor. She removed her headphones and hugged the t-shirts with care. Upon visiting the front counter she discovered, oddly, that there were no other employee present. It was almost deserted. The Musak played faintly, something pop with a fast boom boom boom boom – was it a man or a woman singing? She tried to put the words together.

Just in a stuff

Can you hear me blue niiice

Or the bronny artist never start on

It made no sense but yet was a reminder of her inability to explore new music without having the need to search online for lyrics. She remembered that one time Roz’s fiancé took her to a bonfire out on Ocean Beach. The music was loud as someone had brought a huge speaker. Something her elementary school P.E. class would have out on the grass when the students would run their laps. When a boy, blonde hair, can’t remember his name, pushed her to the ground. Tears but Mr. Hamilton didn’t care. Cruz was a sweet friend, the only friend, until Frankie appeared with her homosexual desires, but the grass was always green. “Do you think you can get sick from your feet? That’s what my mom says.” As her cold feet squished through the wet grass. Cruz didn’t agree with that superstitious statement. Where is she now?

Izarah turns quickly, “Oh! Sorry, I didn’t hear you there,” with no knowledge of how long the customer had been standing there trying to get her attention.

He chuckled lightly. “Not long.” He enunciated his words too, naturally. Where’s Bryson? Where is everyone?

Izarah stretched her neck to see the heads of her employee in the ocean of racks.

“I think they were huddling up front.”

“I’m sorry?” Her choice of words when asked someone to repeat what they said. What or huh would be unprofessional or for times of complete confusion.

“Your co-workers, they are all at the front. I think they are having a small meeting or something. Bryson is up there too.”

She thought she heard him say Bryson’s name, but wasn’t sure. She nodded and took a step back. The man, probably in his 20’s, she thought, picked up one of the t-shirts and began turning it inside out. His hair was black or dark brown. Skin, fair. Nose, perfect.

“Um yeah, it’s large.” Mentally questioning why he had to turn it inside out.

“Austin? Made in Austin?”

Izarah’s cheek turned red. You’d think by now she would have been used to her mis-hearings. “Someone should be back to ring you up. Have a nice day.”

As soon as she turned she heard—

“My sitter is deaf.”

Izarah turned back, “your…sister?” It was a process that went in overdrive in her head. For a fraction of a second near-rhymed words would run through the blank space of mystery like a spinning rolodex. The bulb lights up. Let’s play a game of ‘What Word Is It!’ featuring Bob Barker. “Your sister is deaf? Like, deaf-deaf?”

Bryson returns from the front with another t-shirt, same style, different color.

Back to the stock room she went, and the wave of emotions flowed through her chest. There were no deaf students in any of her schools. No one with a hearing aid or a cochlea implant either. Most of the deaf children in the community attended Gregory Gardens and then who knows where they went after that. Was there a deaf school Izarah was not aware of? Was deaf culture lacking? Or was it just not noticeable? Maybe Gregory Gardens would know. Maybe – but what did it matter. It didn’t. Hearing impaired is not deaf. Hearing impaired is also not hearing. Where do you belong? Where do you go? A film. A documentary. In the basement of the downtown library during that one summer it rained everyday. “She is hearing impaired, but she’s not deaf,” a man signed in the documentary of Deaf artists. Izarah has gone through her whole life feeling left out for her disability, but at that point she never felt so alone. She could hear like many others, but she also could not hear like many others. She stood on a fine line between the hearing world and the deaf world.

Just another hour until the sun went to bed and the sky would be dark and blue again, then Izarah’s shift would be over. She put her headphones back on and returned her duties, holding back tears over Opus 23.

Musak: Cher’s Song for the Lonely