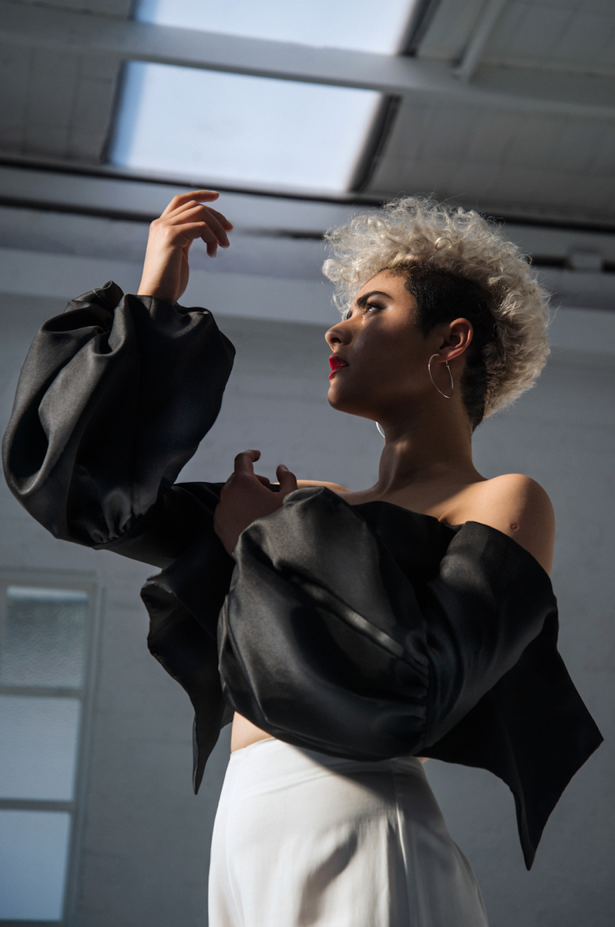 After a warm, lazy Saturday – the kind that stretches on seemingly forever, reminding you of the relaxed days of summer ahead, we were totally ready to see Montaigne perform her new album complex live. “We” being Freya, Ramona’s founder and driving force, and Molly, Ramona’s music editor.

Freya has an undying love for strong, vocal and political women, and Molly was absolutely dying to catch a gig for some very necessary personal inspiration and strength, so Montaigne at the nearby Croxton (we are both locals) was the perfect ending to our Saturday.

We have known each other since the first day of year 7 – not only for many, many years but for the best and most awkward ones. Having been friends since we were teenagers and living together in our early 20s, we have shared many an obsession with female singer-songwriters and female-fronted bands, and we were ready to gush over a musician and persona that Ramona mag has long been a fan of (check out this piece from 2016 and this ‘my record collection’ piece from earlier this year).

Montaigne released her debut album Glorious Heights in 2016, for which she won an ARIA award for best breakthrough artist. Always the powerful and political act, she accepted the award with people over profit emblazoned on her chest. In 2018, she attended the awards with #Stop Adani marked on her face and she also runs a vegan food Instagram account called nomtaigne. Oh – and she’s donating $1 from every ticket sold on this tour to Bush Heritage Australia. Swoon.

This Australian tour is to promote Montaigne’s second album, COMPLEX, and she was joined by the gorgeous Stevie Jean and the sassy Miss Blanks, who are accompanying her around Australia.

Montaigne opened the set with CHANGE, the first song from her new album and her powerful and impressive vocals hit us with a huge surge of energy from the second she began. Her theatrical, medieval-puppet like dancing, and tight band set the scene for a brilliant hour of entertainment.

Montaigne was dressed in a white shirt with her signature neck ruffle as a nod to her namesake Michel de Montaigne. We knew this wasn’t just a regular performance from an incredible singer, but that this was someone who embodied her music, breathing life to her stories and sharing her warm soul with all of us.

Her vocal technique was incredibly diverse, veering from power-pop to intimate and emotive, to acrobatic and operatic all within the space of one song. Her performance had hints of some of our favourites – Bjork, Kate Miller-Heidke, Camille, even Freddie Mercury. Her band accommodated anything from intimate pop-ballads to synth-drenched, more experimental pop songs, and seemed to have a good rapport with the singer – Montaigne danced across the stage to interact with each member and it was obvious they all poured themselves into this art. Not only were her vocals mesmerising, but her performance was arresting, completely capturing the audience with her diverse songs, incredible movements and sweet interactions. Listening to her music on the radio is one beautiful experience, but it’s nothing compared to the spellbinding hour we were witness to. Anyone who loves Montaigne’s music has to experience it in real life – another example of how important it is to keep live music alive.

Montaigne played her album COMPLEX from start to finish with a few of her past hits thrown in, to her long-time fans’ delight. She interspersed the songs with very relatable stories of her inspirations and motivations, from bad boyfriends to Nick Cave envy – this girl is a stunning representation of all of us.

She ended the set with the single, READY, with everyone in the room singing along. She gave us a huge grin, and we, like each person witness, fell completely, head-over heels in love.