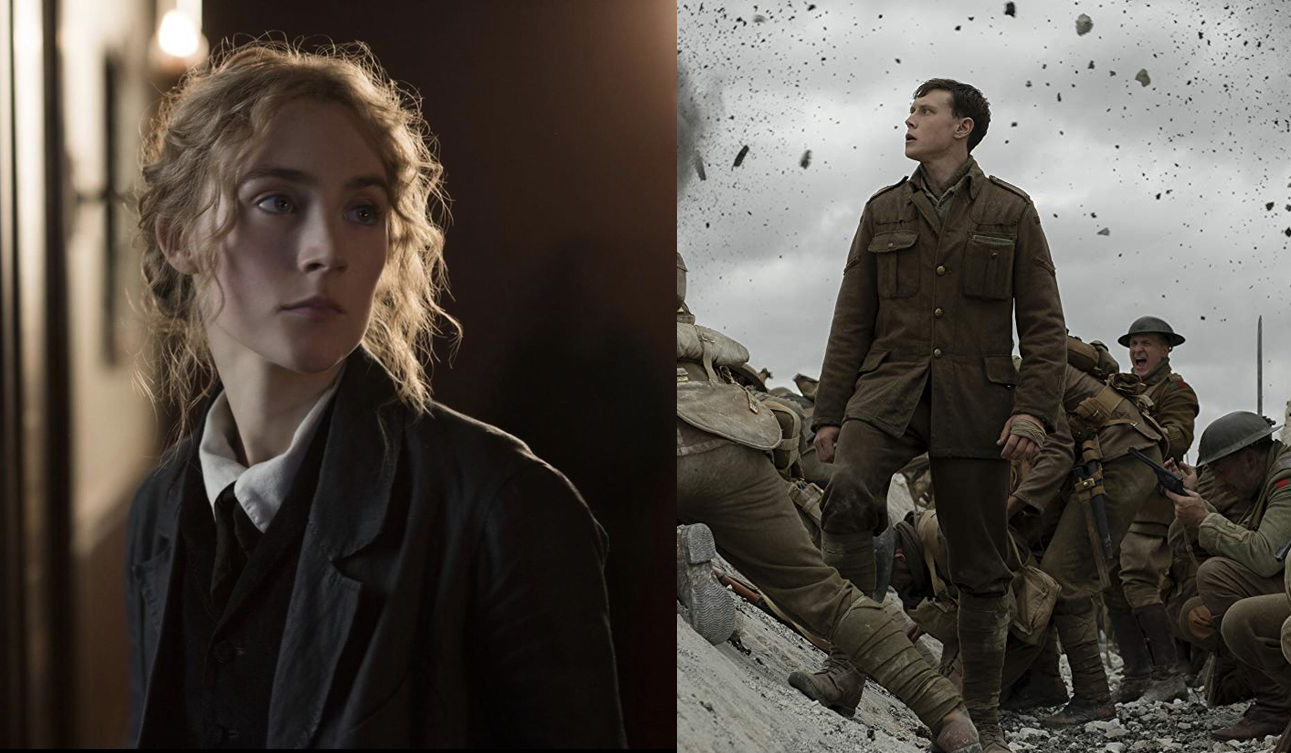 Friends and critics alike have be urging me to watch Sam Mendes’ star studded, oscar nominated, WWI movie, 1917. And although I’m sure it is as visually stunning and emotionally exhilarating as promised, I won’t be seeing it.

I’ve been told my whole life that I should care about men’s stories. The films that are made and celebrated, the films that I’m always being told I must see, they almost always tell a mans story. And straight from my high school history class to pop culture, war movies have always represented the epitome of men’s stories to me. Whenever a new war movie blockbuster is released (so like, every other year) I’m told that it’s important for me to watch this film so I can try to understand what it was really like for those men.

I mean no disrespect to veterans of war, my personal stance on war is not relevant in my argument here. War has had an undeniable impact on human history, and I understand the  general fascination with the topic. However, the continued glorification of these movies about brotherhood and camaraderie in the trenches, have contributed in telling me my whole life that mens stories are more important than women’s stories. And as a woman, that doesn’t sit right with me anymore.

We’re told women’s stories don’t matter, largely indirectly, through the films and TV shows that are deemed socially worthy. Where women exist as plot devices to further propel a man’s story. Today every film and TV show that attempts to honestly tell women’s stories is accused of merely trying to appeal to third wave feminists, and the social media popularity of political correctness. Stories about women are not treated with the same hero worship that is given to war movies. Try to imagine a war movie coming under the same amount of scrutiny that films about women are subjected to. Think back on the outrage that ensues when war memorials are defaced?

I have heard people say that they are sick of hearing about how hard done by women have been, told it’s boring and repetitive. – Oh please, you were only raped, murdered, silenced, treated like property and sold like livestock for all of recorded history! Don’t you think it’s time to move on? – But you better believe I will be expected to see and adore every movie about men feeling displacement and injustice, every war movie with the same rehashed story-line and emotional appeal. Because men’s stories should be important and relevant and captivating to everyone, but women’s stories are only for angry, hairy feminists.

We can’t deny that the films that are critically acclaimed and celebrated tell us what stories are valid. And these are the stories that will continue to be given funding to be turned into high budget blockbusters, it’s a never ending cycle.

Do you know how many war movies have been nominated for picture of the year? I don’t, but I’m assuming it’s a big number, because the far easier piece of information to track down is how many war movies have ever won picture of the year. And the answer is 16. The oscars have been running for 92 years and have assumably awarded 92 films ‘Picture of the Year’, and 16 of those have gone to movies about war. Winning isn’t everything, and nominations alone merits value. The internet was outraged when Greta Gerwig wasn’t nominated in the best director category for Little Women; meanwhile out of 16 relevant categories at the Oscars, 1917 was nominated in 10. Telling us that even in 2020 we should care about war over women, we should empathise with men’s trauma over women’s trauma, and pass on men’s stories instead of women’s stories.

It isn’t even a question of equality, it never has been.

There are more movies and TV shows and books and stories being produced today than ever before. It’s fair to say that it would be impossible to see them all. I feel like every other day a friend is recommending a new movie to me, a new series on Netflix. When a friend of mine recommended I watch 1917, he raved about how good it was, promised it was not like any other war movie he’d ever seen. He told me it felt really honest, and real. This particular friend is one I consider to have a great eye for excellent filmmaking, so I’m sure that all of these thing are true in some way. I asked him what the women in the film were like, he paused for a moment, as if he were trying to think back on the movie he had just seen the night before, and said that he couldn’t remember if there were any women in it at all. I don’t know if this is true or not, and after thinking about it for a bit he said he seemed to remember that there was at least one women in the movie. The point being that to me, this movie is just another man’s story. And when today more than ever we choose the stories we want to hear, because it would be impossible to listen to them all, I will choose to give my time to women’s story when I can. When we turn ourselves over to a film, we want to make a connection to this retelling of the human condition. For too long the assumption has been that everyone can make a connection to men’s stories, but I just don’t anymore. They have become, as women’s stories have so often been accused of being, dull and repetitive.

Consider this an open letter to any of my friends or family ready to recommend I watch 1917, I’d like to please ask that you save your breath. I lied when I said I’d seen Dunkirk, because frankly, I was exhausted by everyone’s excitement for it. I will continue to grit my teeth and cringe at the release of every new war time, box office smashing, circle jerk to grace the silver screen, as I patiently seek out the stories I can truly find meaning in. And even if i am the only person at the party, I will continue to celebrate women’s stories boldly.