As we grow up in the world, we are always looking for reflections of ourselves. We look for them in our families, in our friends, in books, and on TV. Seeing oneself in the world is an extremely validating experience that has the potential to dissolve certain fears and worries, and even change the mind of those around us.

For people in the LGBTQIA+ community, representation is one of the most important things we experience. How we are viewed by society at large heavily influences how they treat us, and the detrimental caricatures of the queer self and body throughout history still affect us today. These portrayals range from the queer-coded villains that Disney has perpetuated since 1923 to the Dead Queer Syndrome- wherein the only queer character is killed off. We have been ridiculed, abused, and erased in the media for centuries, and I don’t know about you, but I’m pretty tired of it.

In this late stage of human existence, we are finally at a point where positive, impactful representation can be made. For too long we have had exclusively white-bread, cis-het stories pervading our media, with the only queerness being seen through a fan’s imagination and their Wattpad account. But the year is 2021- four years since marriage equality in Australia, fifty-two years since the Stonewall Riots, and two thousand, eight hundred years since Homer wrote the gay little ditty of Achilles and Patroclus- and it’s about time we have Australian shows filled to the brim with queer stories.

Flunk is one such show. Following the escapades of Ingrid, a high school student exploring her sexuality and identity, Flunk has the unique opportunity to fill it’s cast of characters with LGBTQIA+ people. Thanks to funding from Screen Australia, the third season sees the addition of four new queer and diverse writers, bringing their experiences to the table. Not only is Flunk an ensemble of queer characters, it also takes place in the outer suburb of Lilydale, Victoria. As someone who grew up in a town similar to Lilydale (albeit much hotter and filled with that conservative Queensland charm), the impact of seeing myself reflected in a situation I could relate to would have changed my life when I was younger.

Representation is most important in a person’s youth. When we are still growing and changing is the best time to let us know how “normal” our feelings are, as to avoid the angst so many of us experience in our teens (in addition to regular teenage angst, of course). There’s this really cool concept called heterotemporality. In the shallowest of explanations, heterotemporality refers to the rate at which people are able to achieve certain milestones and developments throughout life. Queer people do not experience heterotemporality in the same way that cis-het people do. Speaking from my own experience, I am currently 24 years old and every one of the cis-het people I knew in high school is now partnered, married, has a steady job, stable living arrangements etc. Meanwhile, myself- non-binary and hopelessly queer- and my LGBTQIA+ friends did not have the opportunity to achieve these milestones as we were busy nursing the hangover from the mental anguish we experienced when entering a world that didn’t seem to want us here. If there could have been any way to lessen the impact of that anguish, to show us that we could live happily, openly, and safely, then we would be closer to our peers who never had to worry about such things. This deviation from traditional heterotemporality can now be seen as a welcome occurrence in the LGBTQIA+ community- that following the path society expects of you is not obligatory to living a fulfilled life. Healthy representation offers young queer people the choice of how to proceed through this process.

Having the ability to choose where our lives go can be assisted by the film and tv industry. While deep, serious stories about the queer experience are necessary and imperative to our position in society, other genres of media are also important. Queer stories deserve to be told in all sorts of ways. We want the high-drama sapphic period pieces like Portrait of a Lady on Fire, and the informative, snappy ensemble of 20-somethings in It’s a Sin. We also want to cheesy teen flicks like Love Simon, and the post-apocalyptic action of Daybreak. Queer people belong in all genres of media, because not every queer person is the same.

In Flunk the characters are young, impulsive, fallibly human, and each one relatable to the audience. Even the characters who could easily have been written as two-dimensional villains are given agency and emotion, and the audience’s responses to these characters is just as sympathetic as the hero characters. Australia has never see a show like Flunk on it’s screens, and the more support it receives, the more stories it can tell. 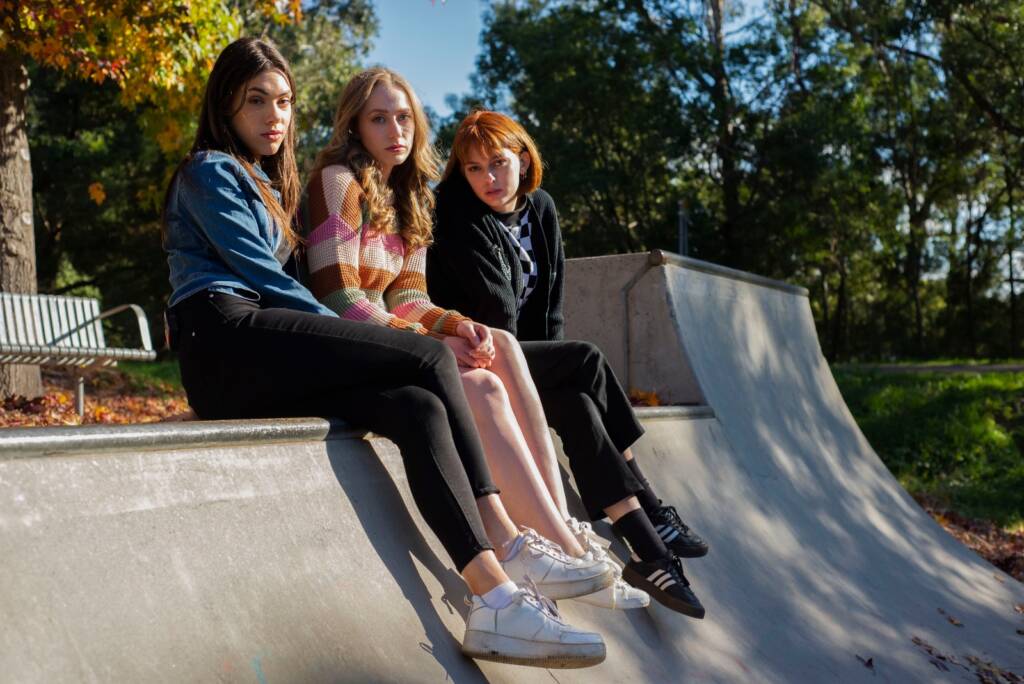