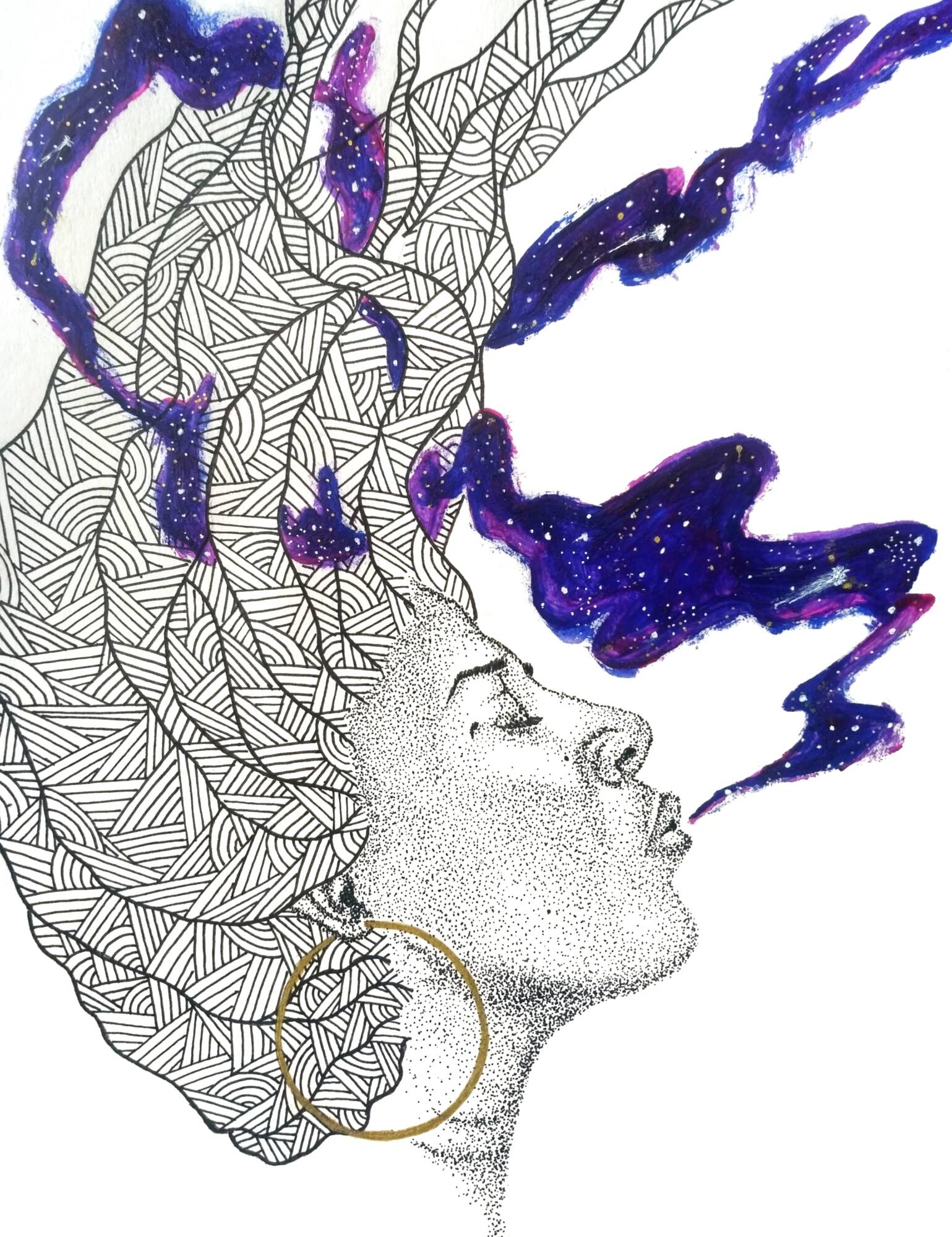 My feminism stands next to the boy who is now called Jack but wants to be called Jane.

My feminism is the joy over a pride parade.

My feminism doesn’t ask my best friend to “man up” when he cries.

When my heart breaks over yet another rape news my feminism holds me up.

My feminism doesn’t laugh when a man complains about suffering domestic violence.

My feminism refuses to let our pads be covered in a newspaper then concealed in black poly bag, as if it is a sin to bleed.

My feminism waves at little girls who want female superheroes.

My feminism laughs with the boy who paints his nails, the colour of the galaxy.

My feminism welcomes ladies and gentlemen, and everyone who doesn’t fit any of those boundaries.

My feminism takes refuge with my gays, bi(s) and gender non binary because my feminism is a party, with its invitations open.

My feminism lives in the womb of a woman who left the house because her husband wanted to kill the girl child.

My feminism comes from a single father who’s learning how to braid his daughter’s hair.

My feminism doesn’t buy the idea of human bodies looking like flawless robots. My feminism asks me to walk past condescending boys who call me fat as an insult, with my head held high.

My feminism isn’t a mould one size better fit all, it is expanding everyday in our little acts of freedom.

My feminism comes from a grandfather who encouraged my grandma to work when the world suggested against it.

My feminism comes from my postgraduate father who is nothing but proud of my mother’s Ph.D.

My feminism comes from my mother who travelled 120 kilometres everyday for a job that everybody told her wasn’t necessary. Have you heard about hybrid vigour?

Because my feminism and I are both hybrid and vigorous.

When you ask me to cover it up? My feminism stands tall with the naked goddesses you built on your huge temples.

My feminism is filled rage of a bandit queen and loud enthusiasm of a teen girl.

My feminism isn’t a complicated concept that is born out of my need to sound intellectual. My feminism is as concrete as my values. I was raised by parents who would ask 4 years old me what I would do if I were a president or a doctor or an actress.

My feminism and I were taught that there was no end to possibilities of what we can be.

My feminism and I we’re both hopelessly optimistic and we believe that someday we would conquer the world.

So when you tell me “shut up you feminazi?”

My feminism says “I won’t”. You call us feminazis, because the idea of equality seems wild to you.

If my feminism scares you it is probably because you know it is here to dethrone your patriarchy. You see, Nazis wanted to kill people and my feminism is a reason I am alive. And isn’t this a revolution enough?

Swarajya Singh is 20 year old, from India. She is currently pursuing her under graduation in Biology. She can be found playing with dogs when she isn’t reading or writing. She wishes to make a difference and learn something every day. You can follow her on Instagram @swarajya_singh

Rupika is an illustrator from India. Her vivid illustrations have a central theme of carefree, independent women – mostly inspired by her own life and the people around her. She loves doing galaxy art and thinks shes’s nailed her own style for it! Even though she’s been drawing for as long as she remembers, pursuing a degree in engineering got in the way.  Only about a year ago did she go back to her pencils and paints and start taking her art seriously enough to set up an IG account to showcase her illustrations (you can check them out here). Currently, she’s shuffling her time between her day job (as a technical analyst and software engineer) and art; the end game, of course, being able to make a living as an artist.

One response to “My Feminism And I”